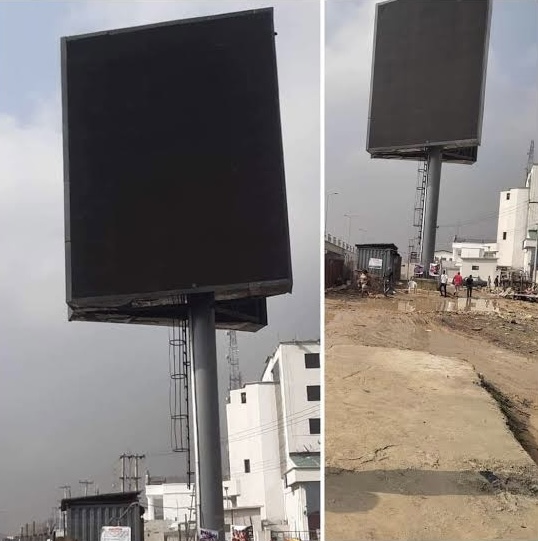 Two persons have been arrested over their alleged involvement in the display of pornographic content on a billboard in Rivers state.

Anthony Okeah, acting managing director of Rivers signage and advertisement agency (RISAA), made this known in a statement on Friday.

On October 14, a pornographic video was streamed on an electronic billboard at Rebisi flyover area in Port Harcourt, the Rivers capital.

The billboard is said to be managed by “E-motion Limited”.

Speaking on the development at a media briefing on Friday, Okeah said the regulatory agency has taken necessary steps to ensure that there isn’t a repeat of such incident.

He added that the culprits have been handed over to Rivers police command, after which they will be transferred to the state criminal investigation department.

The agency is vexed and all necessary steps have been taken to ensure that this does not happen anymore. We want it to serve as a deterrent to any other organisation or company that does advertisement business in Rivers state.

When our attention was drawn late yesterday, we quickly swung into action. We had the culprits arrested and shut down the structure.

It is now under our custody. We are possessing it as long as investigation continues. We will verify the remote and immediate cause of this, whether it is an act of sabotage or negligence.

The matter, as we speak, is before the Rivers state command. As soon as that happened, we arrested them. We will soon transfer them to state CID for public display or parade for the people of Rivers and Nigeria to know that it’s illegal not to obey the law.

The company involved is the E-motion Nigeria Limited. They are vastly known. They have experience and knowledge. So, it baffles and saddens me that they are involved in such a case.

The billboard is already confiscated. The law gives the agency the power to confiscate and impound material wherever there is default. This is beyond default; it has become serious criminal activity.

Reacting to the development, the operator of the billboard, E-motion Advertising, in a statement said;

It has come to our attention that an unauthorised break-in happened at one of our sites in Rivers State, where an individual (name withheld) gained unlawful access to our site and local server.

The individual then caused an obscene material to be uploaded to an external display device.

Our remote monitoring team was immediately alerted to this incident and the LED board was turned off. The culprit has since been apprehended by the police and taken into custody for questioning.

As a socially responsible company, we are working with law enforcement agencies to ensure that the law takes its full course in prosecuting this heinous and distasteful act that goes against all manner of public decorum.

Finally and most importantly, we apologise for this distasteful incident and assure the public that we are currently putting additional measures in place across our sites to prevent a reoccurrence.