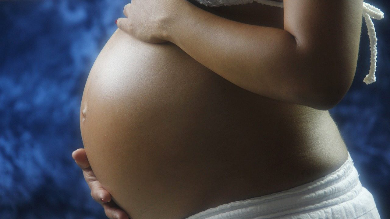 A man identified as Stanley Ejekwu has accused a teacher in Life Abundant Primary/Secondary, Diobu in Port Harcourt city council of Rivers State, of impregnating his daughter, a Senior Secondary (SS)3 student of the school.

The father of the 16-year-old girl, called on the public to prevail on the teacher to disclose the whereabouts of his daughter after she went missing.

Speaking with newsmen, Ejekwu alleged that he saw a WhatsApp chat of a man with his daughter, where the man was asking the daughter when they are going to make love after six months of dating.

He explained that he called the man on the phone and warned him to desist from luring his daughter, unknown to him that the man was a teacher in her school.

The father of the teenager said his child left the house in December 2021 after it was discovered that she was pregnant and the person he suspects to be responsible for the pregnancy and housing is daughter is the teacher.

Ejekwu revealed that he went to the school to inform the proprietress to prevail on the teacher to disclose the whereabouts of his daughter.

He said the head of school later told him that the teacher after being contacted confirmed that he has been communicating with the lady after she left the house.

Ejekwu stated that he has reported the matter to Nkpolu Divisional Police headquarters, Mile 3 Diobu, for the police to help him prevail on the teacher to disclose the whereabouts of the daughter.

However, the teacher denied either impregnating the girl or knowing her whereabouts, but admitted to sending the said text message to her during the 2020 COVID-19 lockdown but stopped his relationship with her after the father called and warned him.

‘We Are Safe’ – Teni Breaks Silence On Gunshot…

Herbalist, Two Others Nabbed Over Beheading Of Rivers…