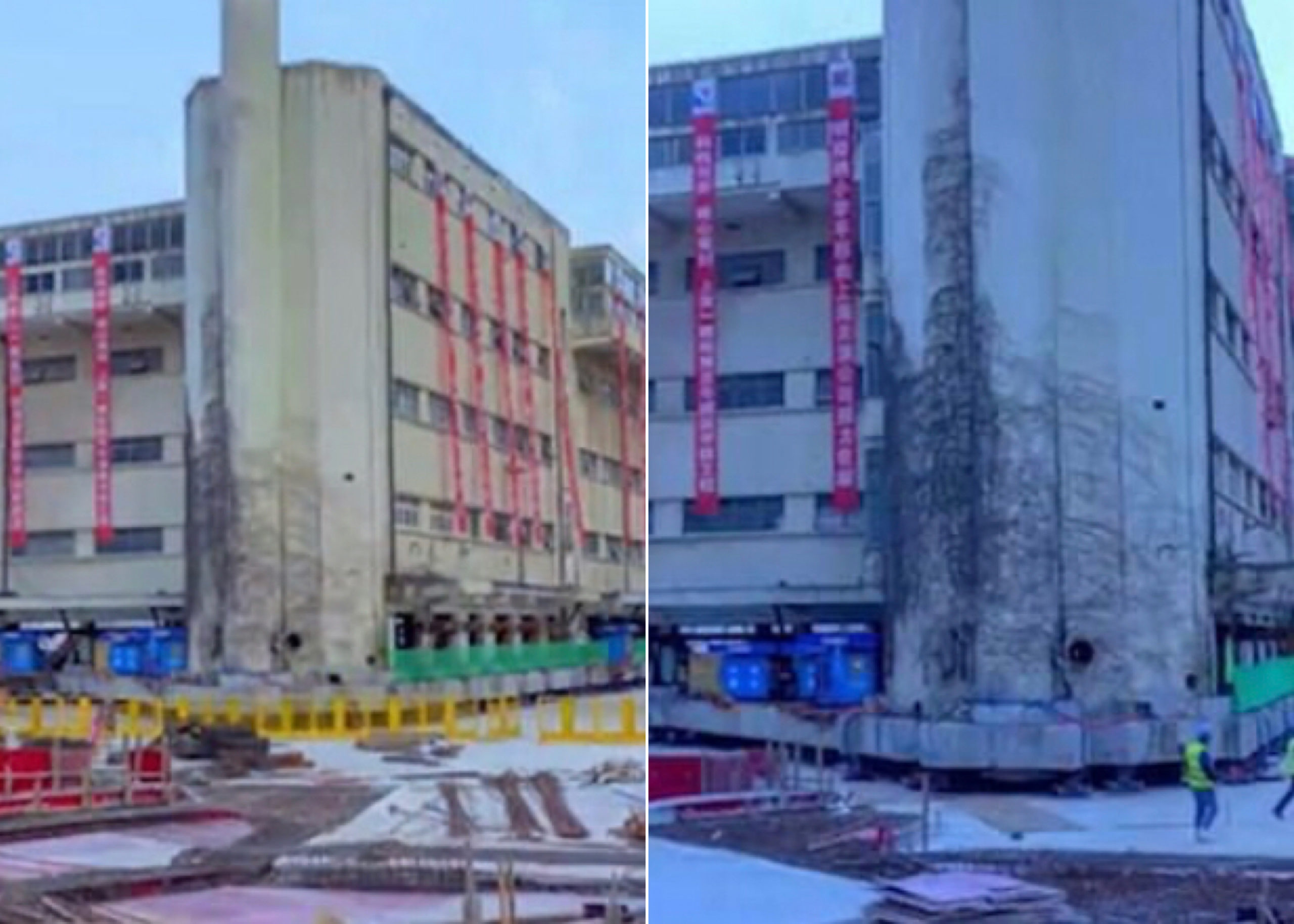 An 85-year-old primary school in Shanghai, China has been entirely lifted off the ground and relocated to a new location using new technology dubbed the “walking machine”.

However, there has been growing concern about the architectural heritage being lost and therefore, some cities have launched new preservation and conservation campaigns.

This includes the use of advanced technologies that allow old buildings to be relocated rather than demolished.

Residents of eastern Huangpu district of China, where the 5-storey building is located, witnessed the unusual sight of a walking building.

Acting like robotic legs, the supports – split into two groups – alternately rise up and down to imitate the human stride in order to the move the building forward, he explained to CNN.

It’s like giving the building crutches so it can stand up and then walk.

A timelapse of the building move shows the legs ‘walking’ the school – which can be seen fully intact and raised off the ground – across the building site.

Wuji revealed that workers first had to dig around the building in order to install 198 supports in the space left underneath the school.

After the pillars of the building were cut, the robotic legs were extended upwards, lifting the building from the ground before moving it across the site.

The move took 18 days, during which the building was rotated 21 degrees and moved 203 feet (62 meters) to its new location, finally settling there on October 15.

According to a statement from the local government, this is the first time this method has been used in Shanghai to relocate an historic building. The building is set to become a centre for heritage protection and cultural education.

Lagena Primary School building was first constructed in 1935 by the municipal board of Shanghai’s former French Concession.

The school was moved to make space for a new construction project on the site – a new commercial and office complex – that will be completed by 2023.

Many historical buildings in China have been cleared to make way for brand new sky scrapers and office buildings in recent decades.

Watch a short documentary of the 85-year-old building below;

World’s Most Expensive Racing Pigeon Is Worth At Least $1.5…