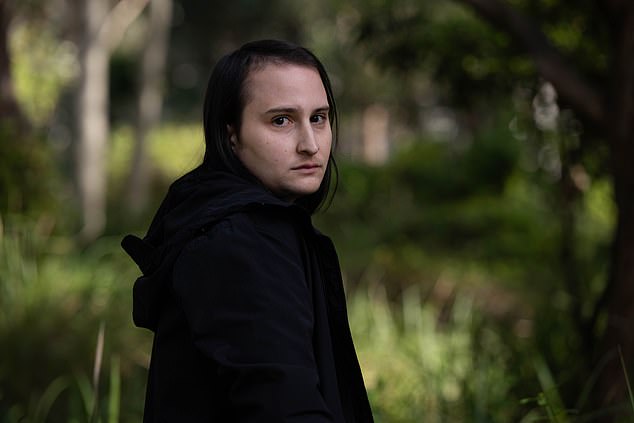 In Australia, a lady who mistakenly transitioned to male is suing a psychiatrist after he approved her female-to-male hormone treatment after just one appointment and then gave the go-ahead for two operations to remove her uterus and breasts.

The teen’s endocrinologist referred her to him to see if she was a good candidate for a gender transformation.

According to a statement of claim submitted to the New South Wales Supreme Court in Australia and published by the Sydney Morning Herald, the specialist stated that Langadinos was very young and required “a thorough psychological work-up before beginning hormone treatment.”

After his first meeting with the teen, Toohey concluded that Langadinos suffered from gender dysphoria and was fit for testosterone therapy, the document states.

The next time Langadinos had an appointment with Toohey in February 2012, she told him she was eager to undergo “top” surgery to have her breasts surgically removed as part of her transition.

Toohey approved the double mastectomy for his patient, who underwent the procedure in April of that year, according to the court filing in Australia.

A month later, Langadinos met with Toohey for the third and final time to discuss having her uterus removed.

According to the lawsuit, Toohey wrote that he could find no “psychiatrist contraindication to proceeding with hysterectomy as part of gender transition,” clearing the way for Langadinos, then 22, to undergo surgery in November.

Now, nearly a decade later, Langadinos — who no longer identifies as male — is suing Toohey for professional negligence, claiming that he green-lit her hormone therapy even after she told him she suffered from social phobia.

She also alleges that he was negligent in not recommending she get a second opinion ahead of her hysterectomy.

The court filing states that Toohey strongly recommended that Langadinos seek social and family therapy, but she did not heed that recommendation. Despite that, he went ahead and signed off on her two surgeries.

Langadinos says that in 2016 — four years after her hysterectomy — she was receiving psychiatric treatment from another doctor when she “came to the realization that she should not have undergone the hormone therapy or the first and second surgeries.”

In 2020, Langadinos consulted an endocrinologist about stopping her testosterone treatment.

In the documents, Langadinos argues that Toohey should have realized she might be autistic and referred her for further treatment.

She also contends that her social phobia should have been treated before she was ever prescribed hormone therapy.

Langadinos says in her statement of claim that the hormones and surgeries left her suffering from injuries, disabilities, and complications, including early menopause, anxiety and depression, impaired psychological functioning, and diminished capacity for employment.

In an interview with the Australian news outlets the Age and the Sydney Morning Herald, the 31-year-old said: “Knowing that I can’t have children is absolutely devastating.”

Langadinos explained that growing up, she felt she was somehow “defective” because she realized she was attracted to girls. At 17, she went online and read about gender dysphoria.

“I thought, ‘That’s what I have.’ I decided that I must be transgender because of the discomfort that I had in my body,” she said.

Langadinos said as she became progressively unhappy, she decided that the source of her distress was that she was not a man, “so the answer was to change my body even more.”

During her and Toohey’s initial meeting, the psychiatrist reported that she had been distressed when made to dress as a girl in elementary school, had a “tomboy” manner, was socially isolated, and left school at age 11.

In a letter to an andrology fellow, Toohey allegedly said that when he first saw Langadinos, he had noted “a past history of significant social phobia and depression which may have been beyond gender dysphoria,” according to the filing.

BBNaija Level Up: Bryann Breaks Down As He Reveals His Parents Are Divorced (Video)