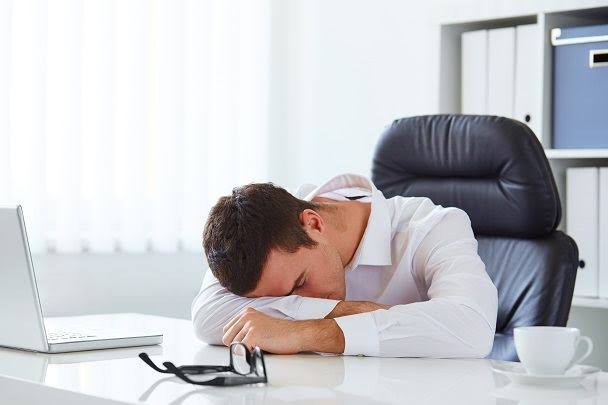 A former manager, Frederic Desnard, at a perfumery in Paris, France has been awarded $45,000 as compensation after he sued his old employer because ‘his job was so boring that it made him depressed and forced him to quit in 2015.’

In 2016, the bizarre court case made the news when Desnard sued French perfumery Interparfum for $400,000 after ‘making him work a boring job that at one point made him suffer an epileptic fit and left him feeling depressed.’

He also claimed that the company signed him off work for several months, and later used his prolonged absence as an excuse to fire him in 2014.

The 48-year-old, after four years of litigation won his case and got a compensation of $45,000.

A appeal court in Paris ruled that Desnard suffered from ‘bore out’, which is technically the opposite of burnout, where an employee is overworked.

The former manager’s lawyer claimed that the complete lack of stimulation at work had left the man feeling ‘destroyed’ and ‘ashamed’, even triggering an epileptic fit when he was driving.

I went into depression. I was ashamed to be paid to do nothing. The worse part of it was denying this suffering.

The man said he was asked to do nothing but menial tasks over the course of four years, an experience he described as ‘a descent into hell’.

These tasks allegedly involved setting up the CEO’s new tablet and letting a plumber into his boss’s home.

Interparfum defended itself by arguing that Desnard had not complained about his boring job and lack of stimulation during his four years at the company, but only after learning that he was going to be made redundant.

Although ‘bore out’ was not even a term recognized by French law when Desnard sued his former employer in 2014, the Paris Court of Appeal ruled that bore out is indeed a form of moral harassment.

The court however did not order Interparfum to pay its former manager $400,000 as he had originally requested, instead opting for little over 10 percent of that as compensation.

What was originally considered a joke among law experts has now become the first of its kind verdict in France.

As it is seen as first of its kind, it will likely be cited as a precedent in future cases, which means, suing employers for lack of work or boredom may actually become allowed.