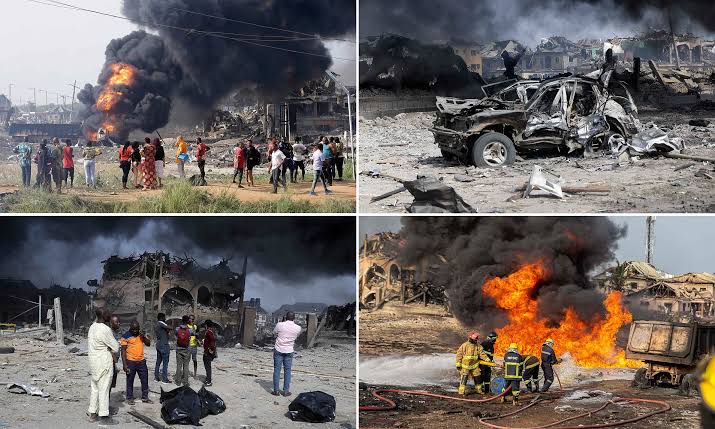 New evidence regarding the cause of a pipeline explosion which killed 23 people and destroyed a girls boarding school in Lagos state earlier in the year have emerged.

It would be recalled that the blast occurred in Soba, a residential neighbourhood of Lagos state on March 15, 2020. 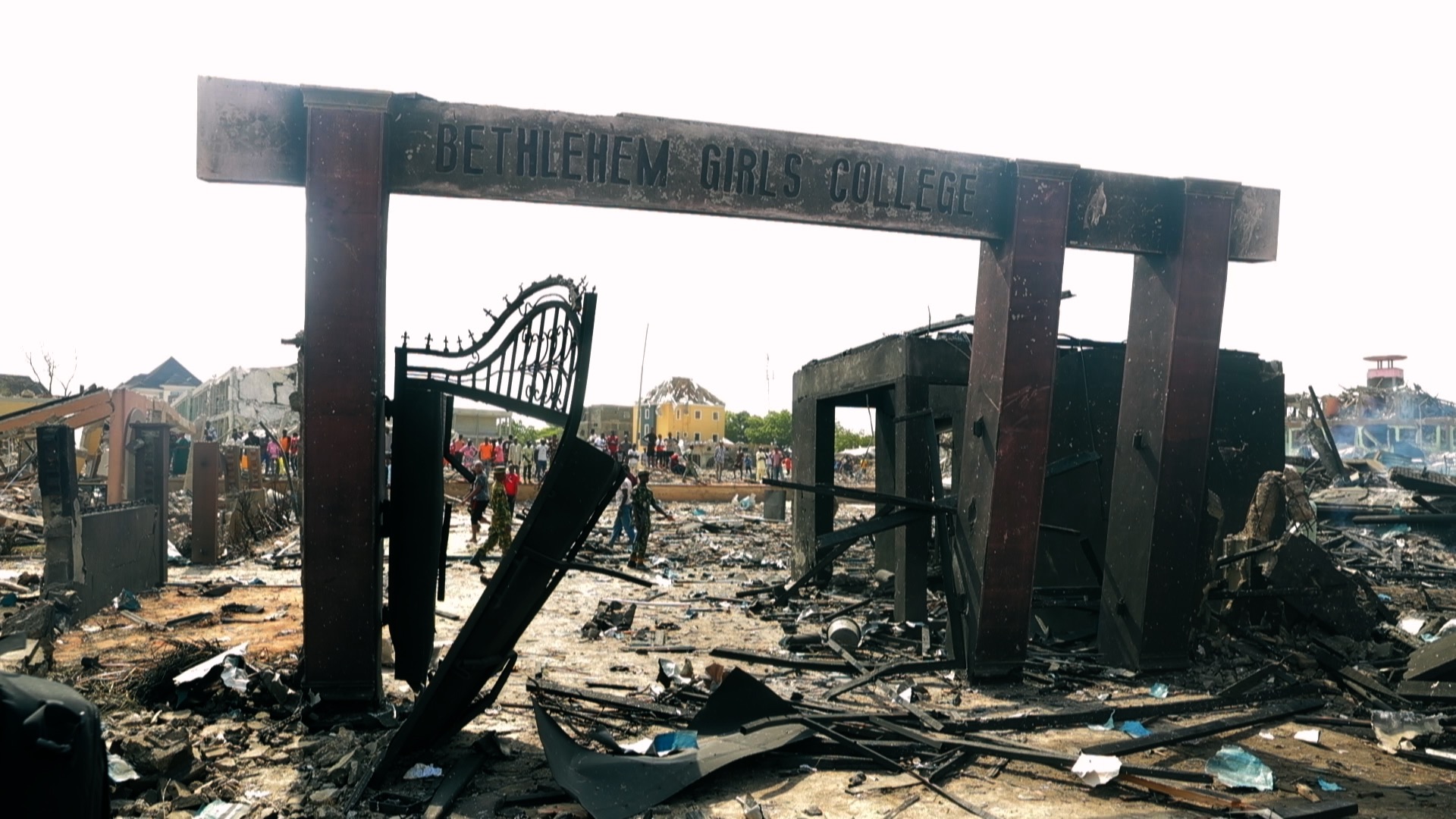 In its reaction to the incident at the time, the Nigerian National Petroleum Corporation (NNPC) expressed that the explosion occurred as a result of a truck that hit gas cylinders near one of its petroleum pipelines.

However, new evidences obtained by BBC Africa Eye through its investigation contradicts the official explanation.

According to BBC, NNPC’s explanation for the cause of the blast, that decimated over 100,000 square metres of the state, is incorrect.

A new video evidence filmed at the explosion site, five minutes before the blast, shows a leak of vaporised liquid at the exact location where the NNPC high-pressure petroleum pipeline runs beneath the ground through that area.

BBC found that there was no gas processing plant at the explosion’s epicentre as stated by the commission.

Also, analysis of gas cylinders found at the site after the blast indicates they could not have been at the centre of the explosion when it happened.

Three specialist engineers – including experts in LPG gas safety, petroleum pipeline safety, and explosions analysis – who have examined video footage by BBC all confirmed that the huge leak of vaporised liquid could not have come from gas cylinders.

BBC stated that no eyewitness spoken to mentioned gas cylinders or a collision, but four of them independently said the leak was coming out of the ground beside the heavily laden truck.

The evidence the BBC has uncovered indicates the heavily laden truck stopped on an eroded, unsurfaced road that had been softened by rainwater.

This could have pressured the pipeline to breaking point, releasing a cloud of vapourised flammable petroleum product that ignited fire.

Ambisisi Ambituuni, a petroleum pipeline safety expert, told the BBC that a System 2B pipeline network has “been in existence for way over the lifespan of the pipeline”.

System 2B Pipelines Network is the pumping of petroleum products from Atlas Cove in Lagos Island to Ejigbo to Mosinmi in Ogun to Ibadan to Ore in Ondo State and Ilorin in Kwara.

How is it so difficult for the operator to maintain the safety of those pipelines?

In addition, BBC said the NNPC was contacted but it denied the pipeline was inadequately protected, reaffirmed their explanation for the explosion’s cause, and said there was no leakage prior to the explosion.

They also told the BBC that;

NNPC pipelines comply with safety and regulatory guidelines and we worked closely with the Lagos State Government in providing a N2bn relief fund for the victims of the explosion.