Lagos Police Command have begun an investigation into the case of one ASP Babatunde Adebayo, caught in a video while smoking Indian hemp.

The police spokesman in Lagos State, SP Benjamin Hundeyin, said, in a statement issued on Tuesday, that Adebayo was serving at the Sogunle Police Division of the Lagos State Command.

He noted that the video of the officer was recorded in the Ijora area of Lagos. 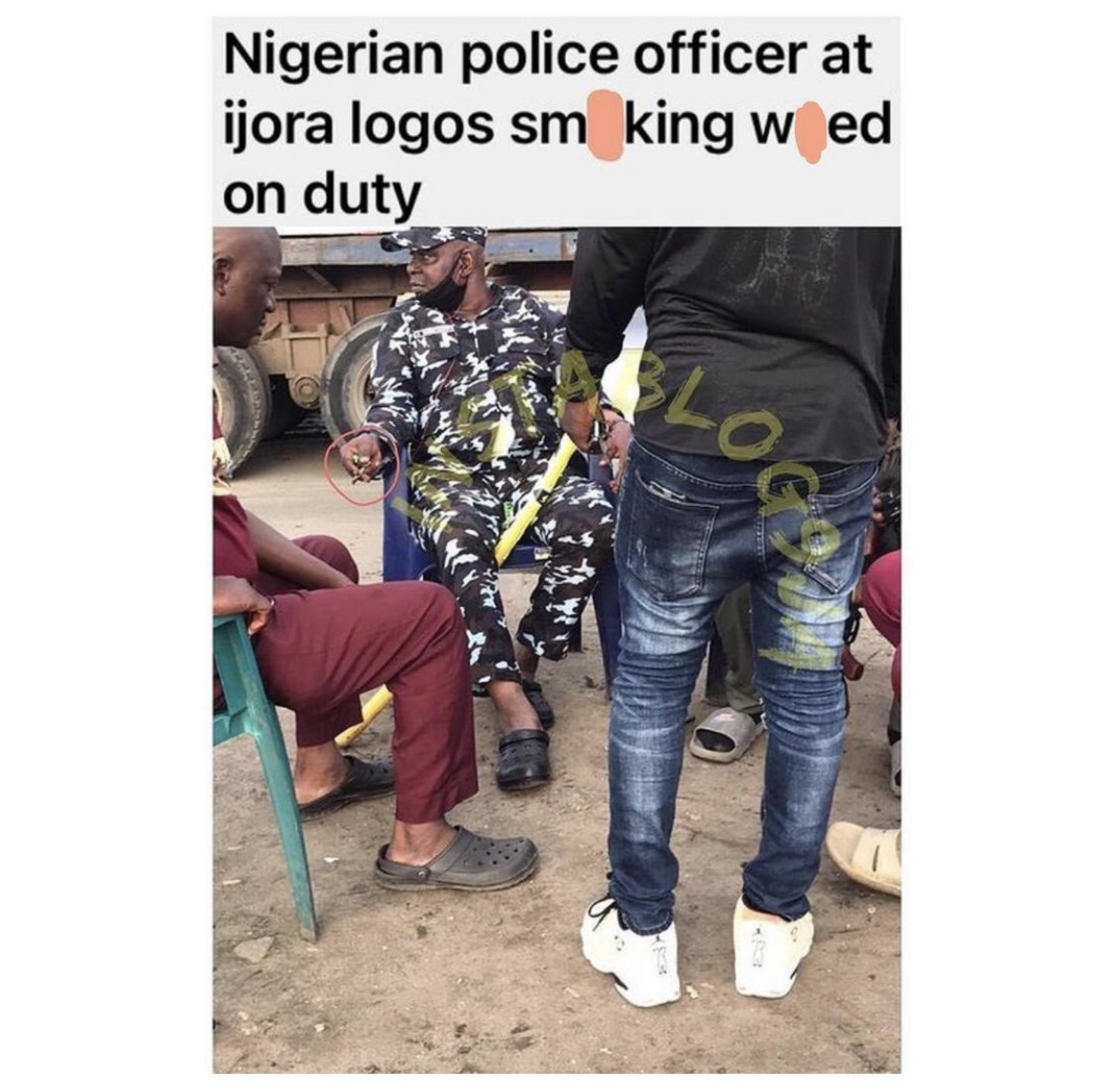 The video went viral and caught the attention of the Inspector-General of Police, Mr. Usman Baba, who ordered the identification of the police officer, his arrest, and investigation.

Hundyin stated that the Commissioner of Police in Lagos State, Mr. Abiodun Alabi, had directed the immediate commencement of appropriate disciplinary measures commensurate with Adebayo’s rank.

CP Alabi has equally warned officers and men of the Command to steer clear of unprofessional and unethical conducts as any officer found guilty would be severely sanctioned.