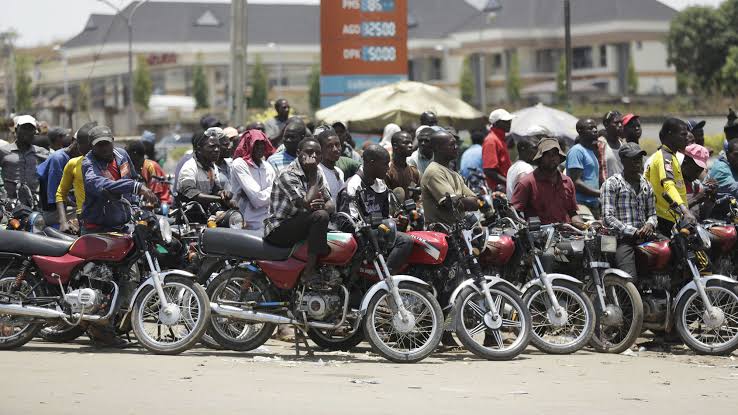 Lagos State Police Commissioner, Abiodun Alabi, has clarified that residents who operate motorcycles for courier services or other private dealings will not be affected the latest okada ban.

Recall that state government had on Wednesday, May 18 announced the okada ban in six local government areas of the state.

The announcement was made few days after some commercial motorcyclists beat up three men and burnt one of them, a sound engineer, to death over a misunderstanding along Admiralty way, Lekki phase 1.

Giving the clarification during an interview on Channels Television’s Sunrise Daily, Alabi stated;

It does not affect couriers, but the couriers will not carry passengers. We will have to make sure they are couriers and not pretending to be one.

Then the other officers who are okada owners must be uniformed personnel who are going to their various place of work. Those who own power-bikes are not affected, because it’s not meant for commercial purpose.

As earlier stated, the latest ban on okadas in the state comes after the sound engineer, David Imoh, was lynched to death by motorcycle riders in the Lekki area of the state over a fare dispute.

This is not the first time the activities of okada riders have been restricted in Lagos.

Police Commissioner Alabi however said enforcement of the ban this time will be more thorough.

He said most okada riders are criminals and must be taken off the road.

However, the police chief acknowledged that banning okadas may have its side effects, saying;

We know that banning the Okada riders can actually increase crime rate. And we are not unmindful of that and we are already putting in place a lot of strategies to contend with it. We know that it will send a lot of them to unemployment. We are aware of that and are preparing for it.