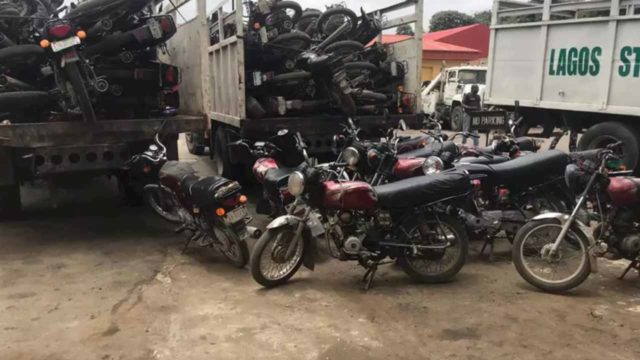 Lagos State Police Command has seized 140 motorcycles; and also arrested 16 passengers and riders in an effort to enforce the ban on okada in the state. 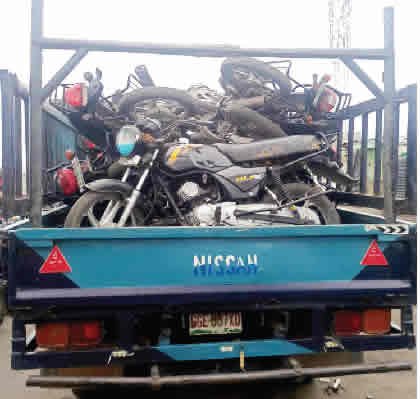 Read Also: Lagos Govt Says No Cause For Alarm Over Ban On Motorcycles

The state’s Police Public Relations Officer, Benjamin Hundeyin, on Wednesday, June 1, noted that 94 motorcycles were impounded by the police; while others were seized by men of the Lagos State Environmental Sanitation Enforcement Agency.

There was over 90 percent compliance, but some motorcyclists still came out and we arrested and charged them to a mobile court.

Recall that Lagos State Governor, Babajide Sanwo-Olu, had on May 18, 2022, announced the ban on okada riders during a meeting with the state Commissioner of Police, Area Commanders, and Divisional Police Officers at the State House in Alausa.

The ban took effect on Wednesday, June 1, for riders in Eti-Osa, Ikeja, Surulere, Lagos Island, Lagos Mainland, and Apapa areas of the state.

Reacting to the Okada ban, a bus driver, Friday Osawen, urged the state government to find alternatives for commuters, who might be stranded without the quick service of the riders.

Also, a resident in Surulere LGA, Islamiat Gbadegesin, said bus fares were increased due to the development.

Bus fares have increased and this is going to affect a lot of people plying the roads. Most places leading to major roads have been blocked by serious traffic.

Another resident, who identified himself only as Oluwatunmida, said many commuters were stranded as there were not enough vehicles to convey them to their destinations.

I had to take an Uber to work. A lot of people were stranded at bus stops. I wish they could make a good alternative for people because some buses don’t go to certain areas. This will make life harder for people.

Army Details How IPOB Killed Own Members With Explosives