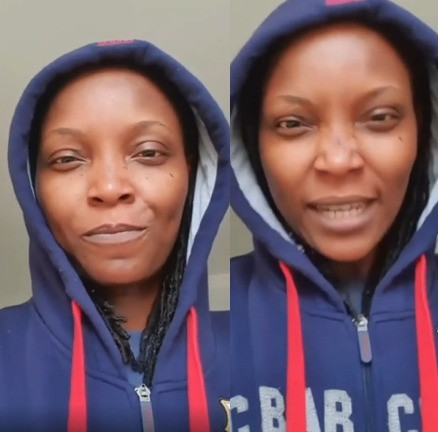 Entertainer, DJ Switch has reacted to Lagos panel confirming that #EndSARS protesters were killed at the Lekki tollgate on October 20, 2020.

MDB reported earlier that the panel also indicted soldiers and implicated Nigeria’s security agents in the “killing and forced disappearances of harmless and unarmed youths protesting at Lekki Tollgate on October 20, 2020“.

Justice Doris Okuwobi-led panel made the revelation in a 309-page report submitted to Governor Babajide Sanwo-Olu of Lagos State on Monday November 15.

Reacting to the report via Twitter, DJ Switch stated that those behind the act shattered many lives and also tried to destroy hers.

She added that what the perpetrators tried to hide, has also been made public by them.

Shattered so many lives, tried to destroy mine. Only for what you desperately tried to hide to be made public… by you!
The truth needs no defense! #EndSARS

DJ Switch was among the 100s of protesters that were shot at by security forces at the Lekki Tollgate in Lagos.

It would be recalled that the celebrity disc jockey stream lived the shooting of innocent Nigerians by security operatives.

However, subsequently after this, she raised an alarm about an alleged threat to her life, which led her to flee the country to a yet unknown location.

During her interview with CNN’s Becky Anderson, she revealed how the government has openly bullied and attacked some of the protesters since the protest by seizing their international passports or illegally detaining them.