Lekki Tollgate Shooting: ‘DJ Switch Would Be Exposed As A Fraud In Due Time’ – Lai Mohammed 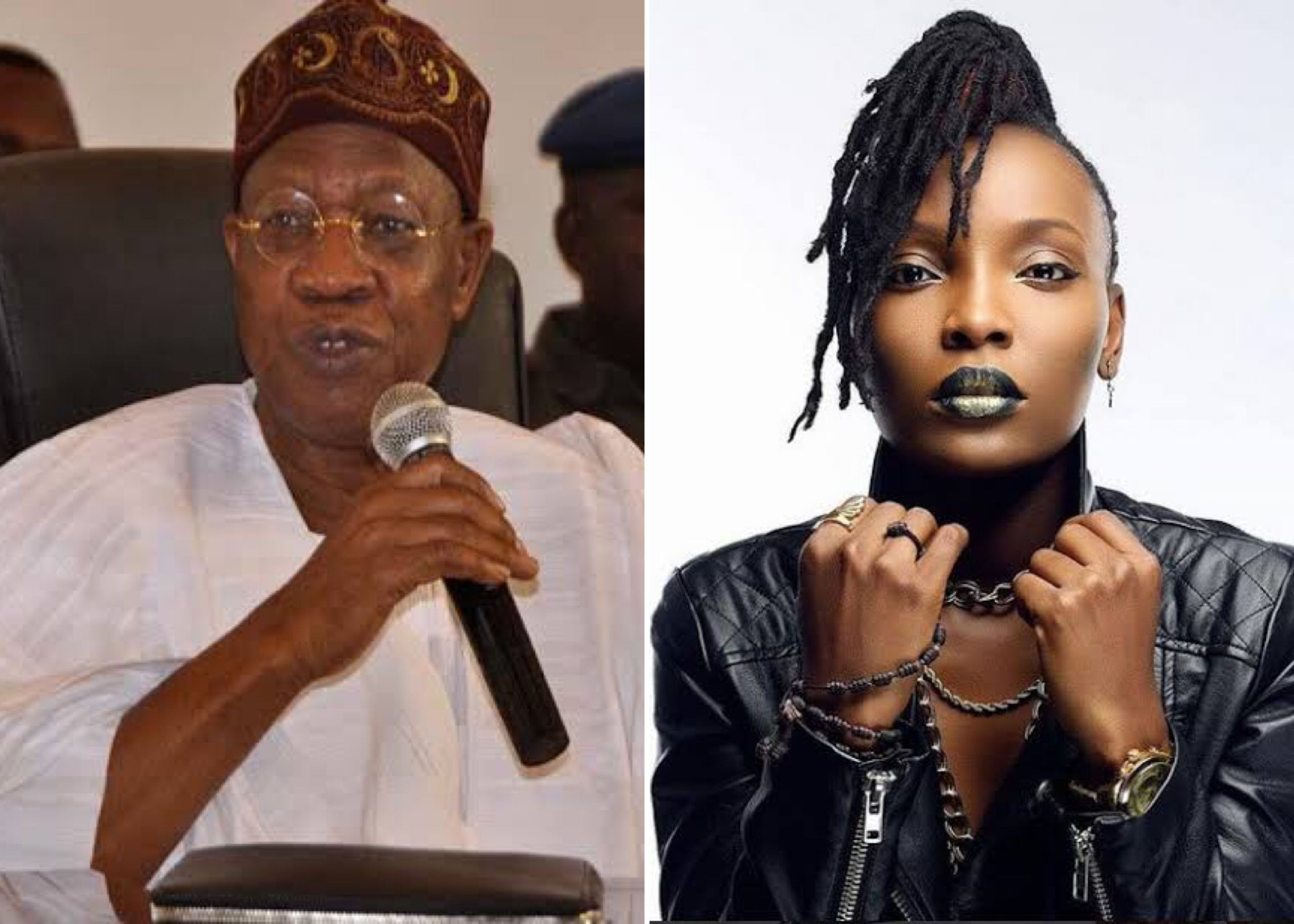 He added that she is “a fraud with an intention to tarnish the image of Nigeria with false news”.

Lai Mohammed, Minister of Information and Culture, said this during a press conference on Thursday, alleging that the DJ is being used as a front for destructive forces working against the country.

The entertainer has been widely praised for her heroic role of live streaming the Lekki tollgate shooting incident as it unfolded on October 20.

DJ Switch, who was at the scene of the shooting, used her Instagram page to give many people in Nigeria and across the world a view into the happenings of that night.

However, subsequently after this, she an raised alarm about an alleged threat to her life, which led her to flee the country to a yet unknown location.

Defence Headquarters has since labelled videos of shooting posted on social media as ‘photoshopped.’

DJ Switch’s live session amongst other recordings of that night showed that there were shooting at Lekki. This was corroborated by CNN in its recent investigation on the #EndSARS protest.

Still on the alleged Lekki Toll Gate massacre, one of the purveyors of fake news and disinformation during the End SARS crisis was DJ Switch, real name Obianuju Catherine Udeh, even though she claimed to have authentic evidence of mass killings.

In the fullness of time, Dj Switch will be exposed for what she is, a fraud and a front for divisive and destructive forces.

Surprisingly, instead of presenting whatever evidence DJ Switch may have to the Judicial Panel, she chose to escape from Nigeria under the pretext that her life was in danger. I ask: in danger from whom? The military has come out to say they never sought after her. To the best of our knowledge, the police never declared her wanted. Her conduct thus becomes suspect. Who is she fronting for? What is her real motive? Who are her sponsors? If she has any evidence of killings, why is she not presenting it to the Panel?

The minister further appealed to countries not to make hasty judgement on the basis of recordings from fake news purveyors on the #EndSARS protest.

At this juncture, we want to appeal to countries that have made hasty judgements on the basis of fake news and disinformation emanating from the End SARS crisis to endeavour to seek and find the truth.