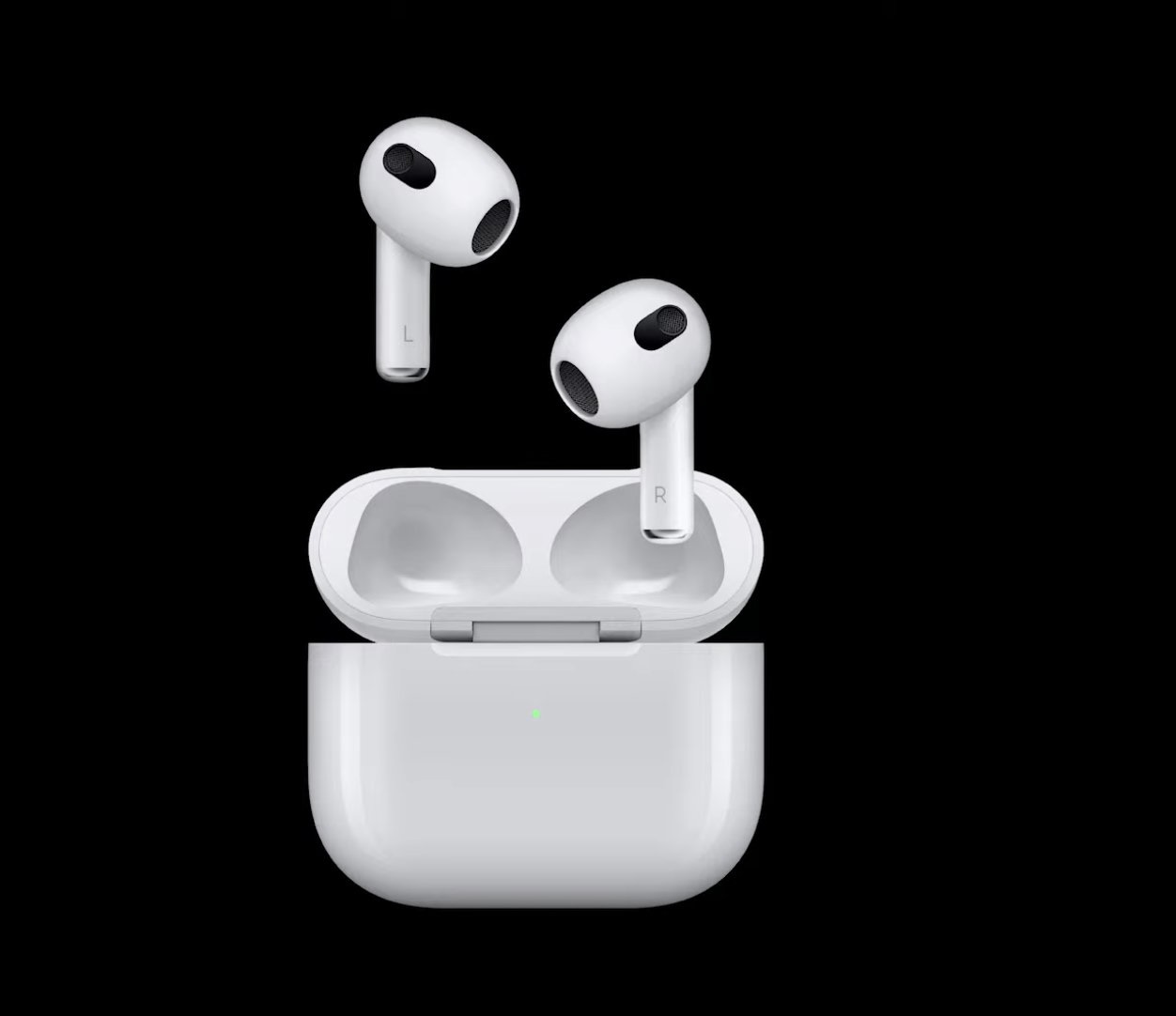 Apple has on Monday, October 18 introduced its third-generation AirPods, the latest set of the company’s massively popular true wireless earbuds.

AirPods are nearly five years old, and while the product line has seen some major additions over the years, things have looked pretty similar for the entry-level product.

With a new design that blends aspects of the prior AirPods and AirPods Pro, the third-gen AirPods retain a hard plastic, one-size-fits-most fit in the ear. However, the form factor is seeing significant change for the first time since 2016: the new earbuds have much shorter stems than before.

The new design brings shorter microphone stems to the headphones, while a more contoured design dispenses of hard edges.

It’s not just an aesthetic upgrade, the new headphones now sport a 6 hour battery life alongside their new AirPods Pro-like charging case with MagSafe charging. With the case, you’ll get a total of 30 hours.

Acoustically, the AirPods now have a newly-designed “low-distortion” driver powering the listening experience. You can also now listen to spatial audio, which was previously only available on AirPods Pro and AirPods Max.

Other updates include sweat and water resistance, so that the headphones can thrive as better workout companions. 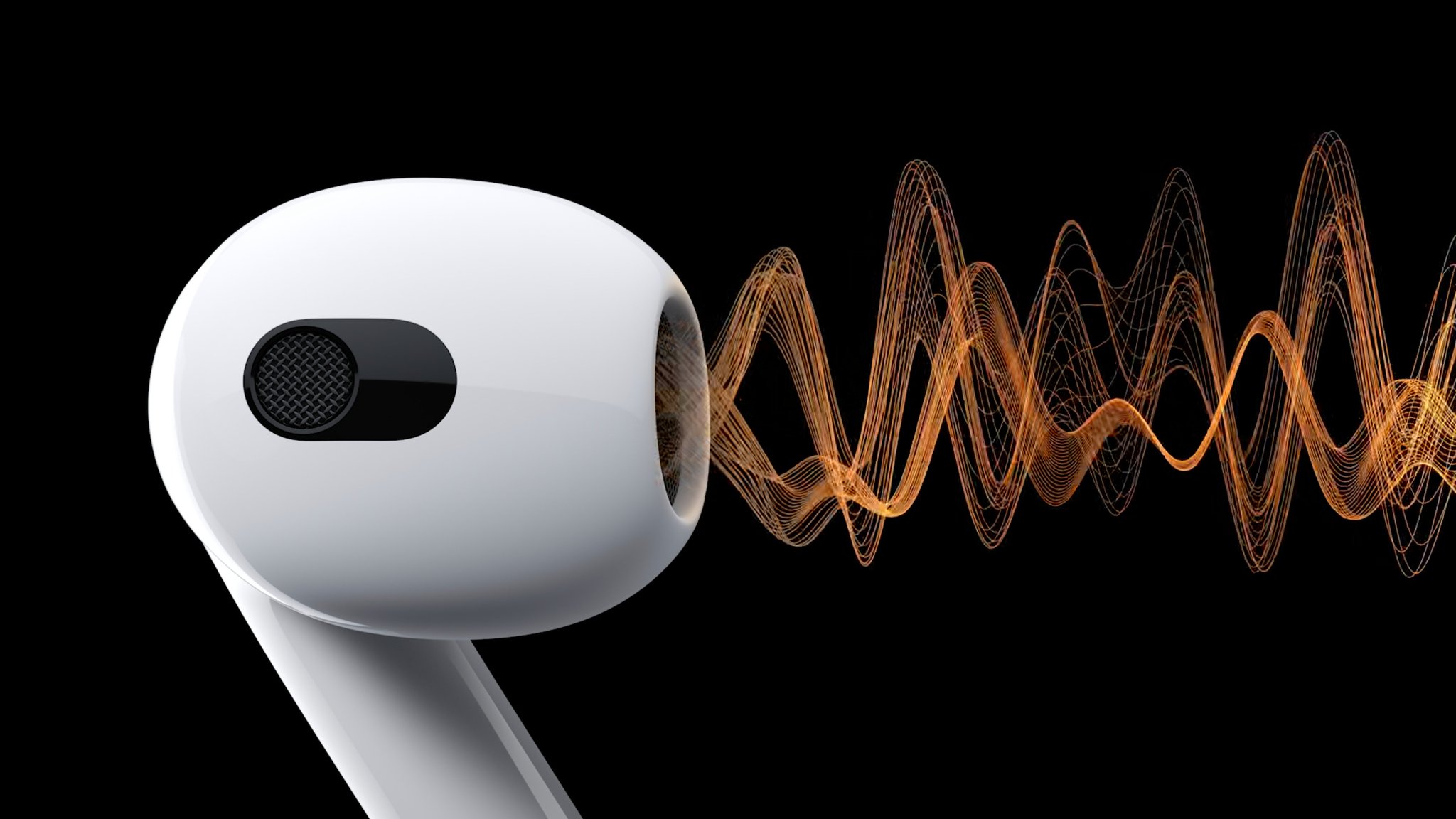 Also, the new third-gen AirPods have a redesigned custom driver and adaptive EQ that automatically tunes and optimizes audio output.

Apple has carried over the “force sensor” controls of the AirPods Pro, and it also says the new AirPods are compatible with its MagSafe charging system. With this, you won’t be tapping to control the new headphones, you’ll be giving the stem of the AirPods a small squeeze.

The company is putting a big emphasis on spatial audio and Dolby Atmos music mixes with the new AirPods. They’ll support the same head tracking capabilities as the AirPods Pro and AirPods Max, which also apply when watching video.

Already seen by many as the champion of voice call quality, Apple claims to have further improved microphone performance on the latest AirPods. 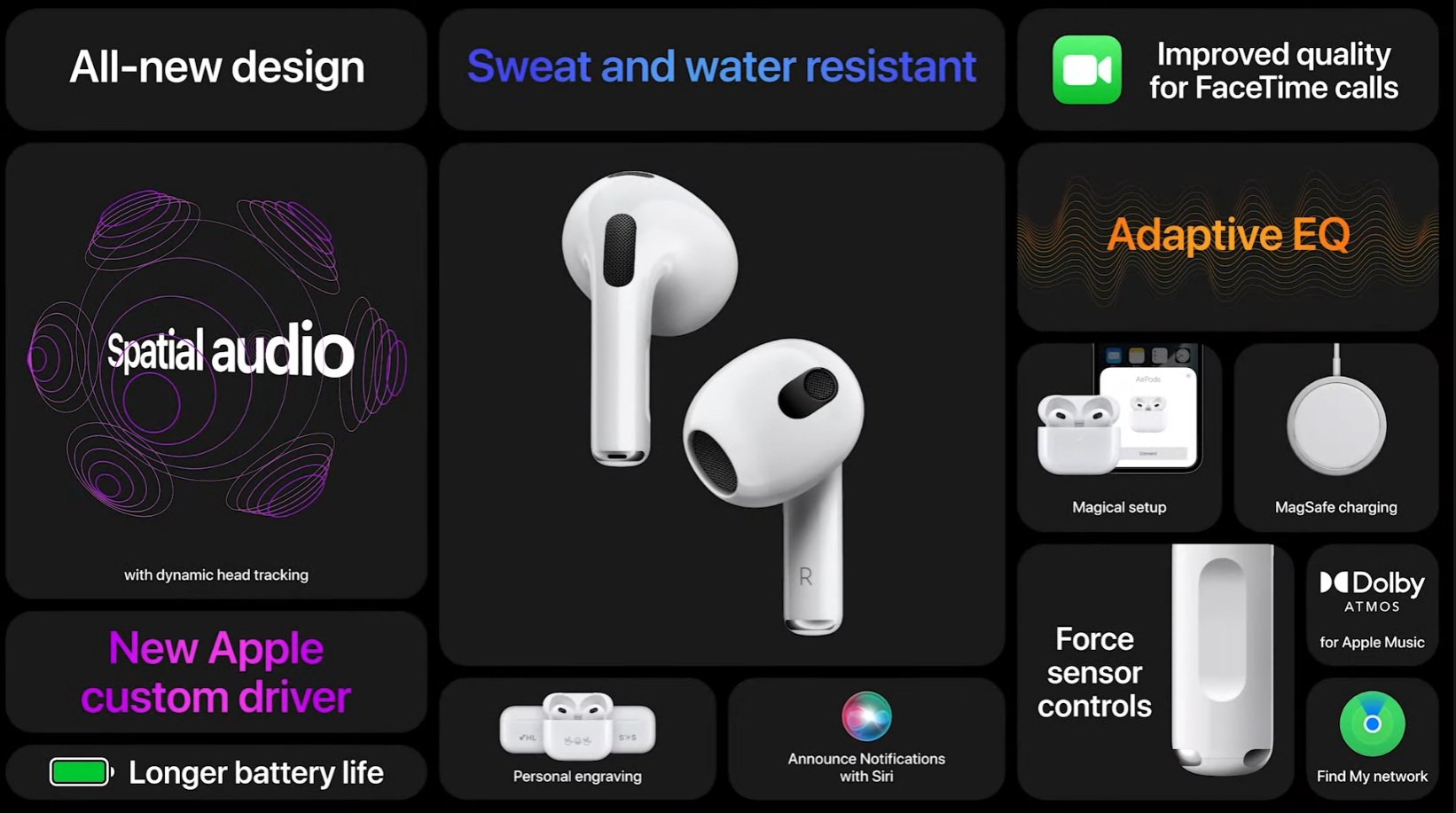 The original AirPods were released in 2016 and were followed by a second-gen pair that added wireless charging and other modest improvements.

AirPods Pro arrived in 2019 with a more traditional in-ear fit with silicone ear tips. Last year, Apple expanded the AirPods line to cover over-ear headphones for the first time with the launch of the $549 AirPods Max. 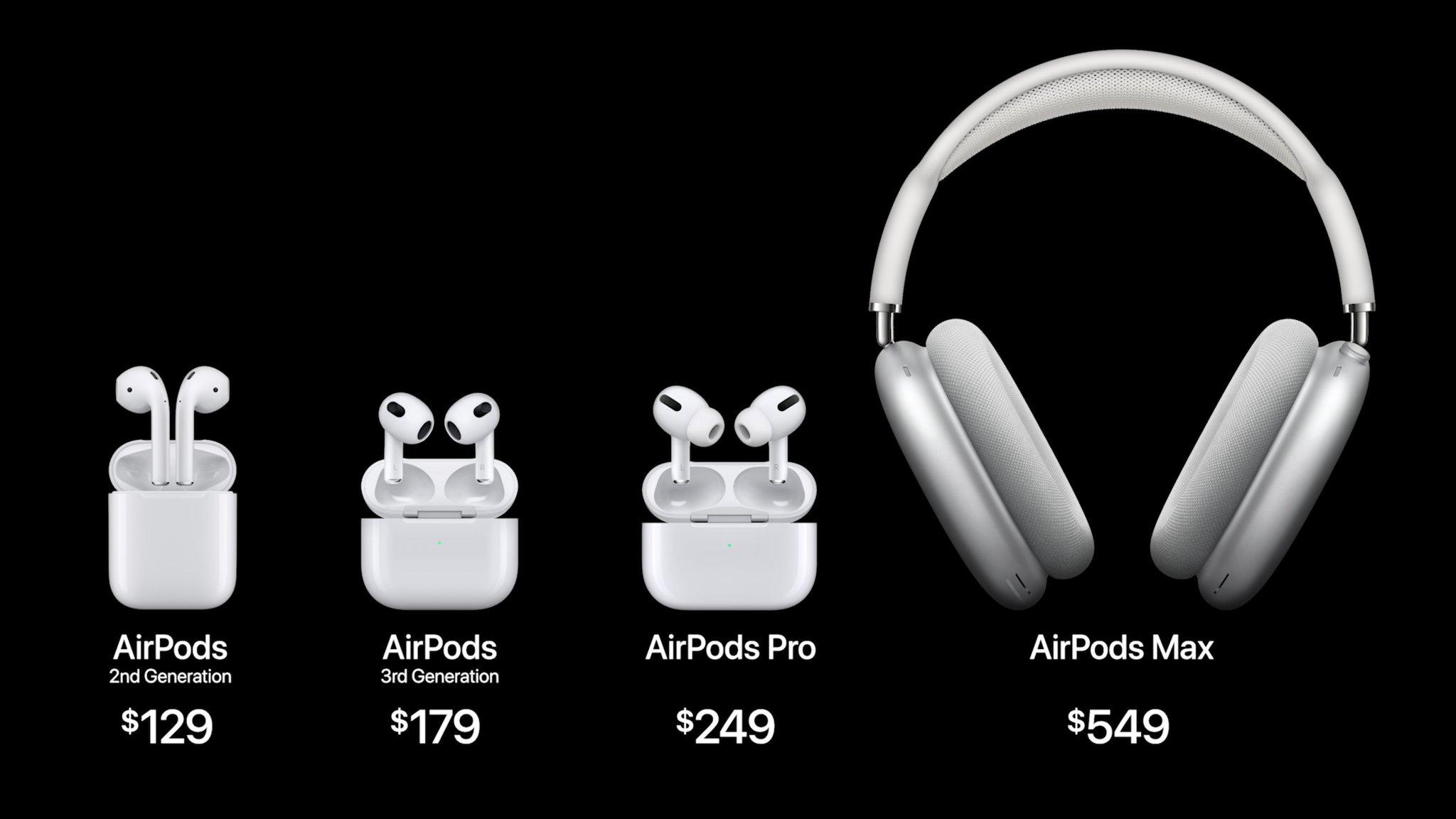 Above all else, the earbuds are well regarded for their ease of use and seamless integration with Apple’s ecosystem of hardware, including iPhone, iPad, Mac, Apple Watch, and Apple TV.

After today’s introduction of the latest model, the second-generation AirPods will remain in Apple’s lineup for a lower price of $129.

The latest headphones will retail for $179, a bump over the last generation’s $159 price point. Pre-orders start today and they will ship on October 26th.