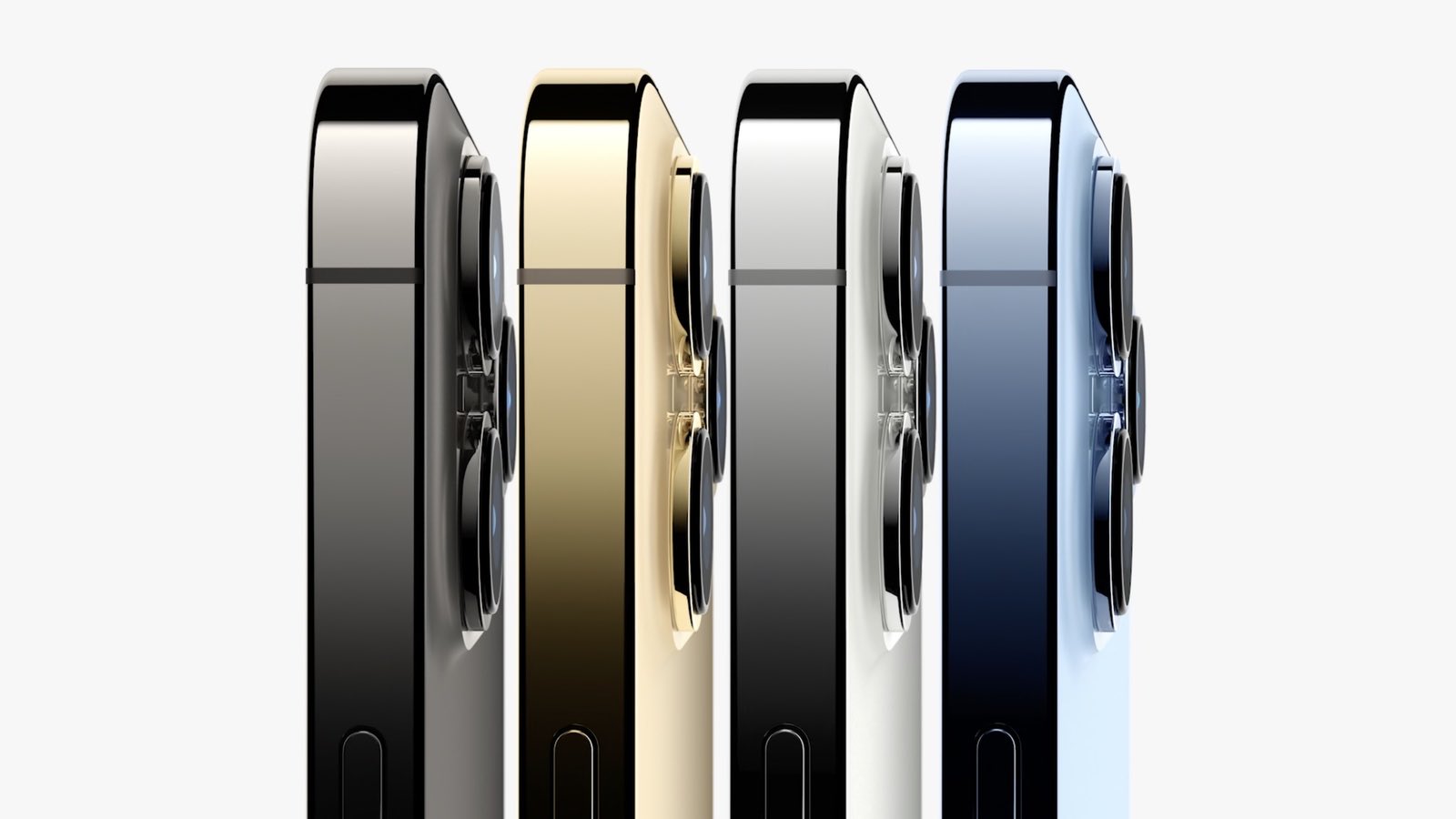 The iPhone 13 is a 6.1-inch phone, while iPhone 13 Pro Max is a truly gigantic 6.7-inch phone, and both have grown slightly thicker compared to the previous generation.

Here are some special features about the new Pro iPhones: 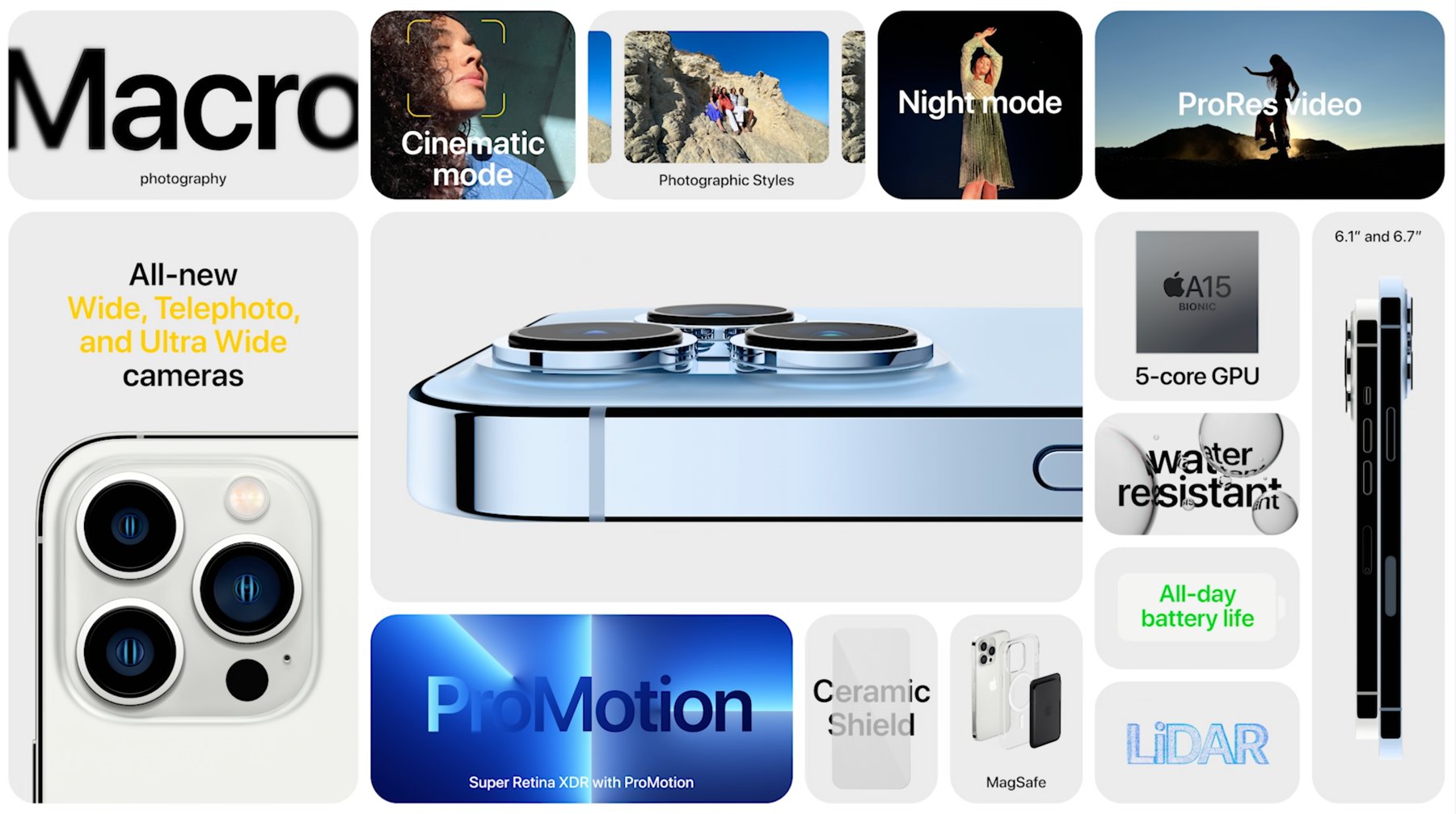 The new Pro iPhones come with virtually the same design as last year’s models: flat sides, flat screens, and mostly unchanged looks except for a slightly thicker body and if you look closer, you’d also notice that Face ID has shrunk in size, so it’s now 20% smaller.

The rest of the features regarding design are the typical toughened glass and a stainless steel frame, which does add a bit of extra weight compared to the aluminum-made non-Pro iPhones. The pair also feature IP68 water protection for added security. 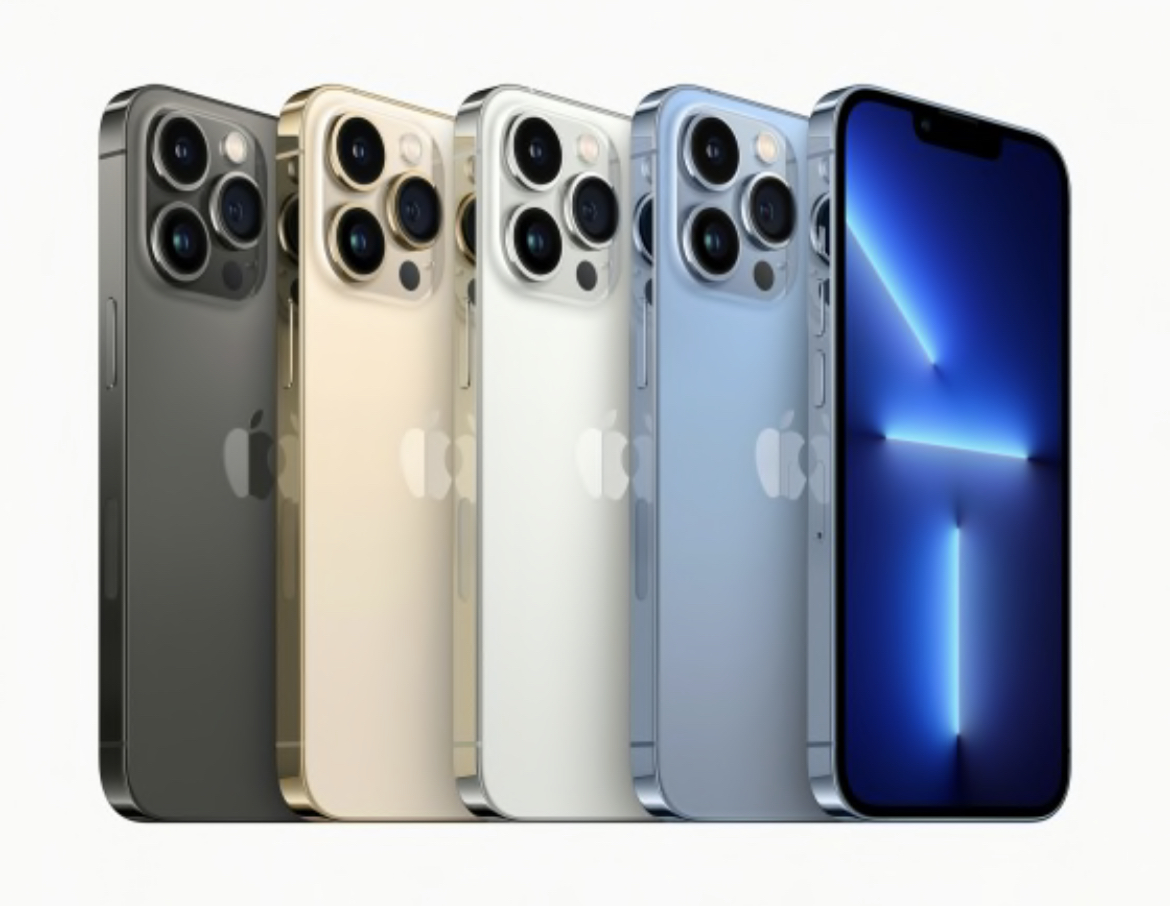 Also, the biggest distinguishing characteristic between iPhone’s base models and its Pro models is that they have three rear-facing cameras, including a zoom lens, a wide lens, and an ultra-wide camera, which can focus on objects as close as 2 centimetres away. 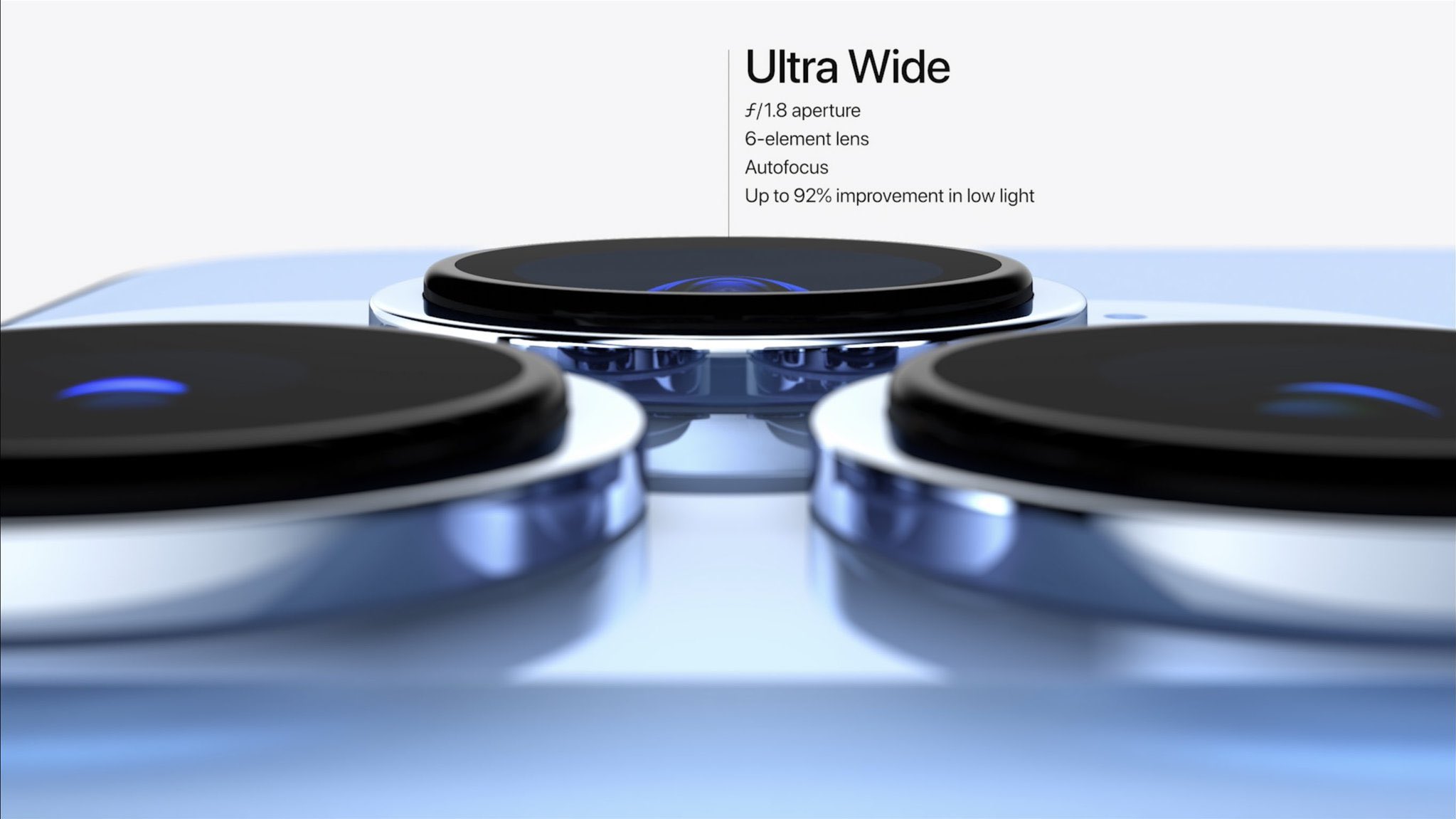 You have the following camera lenses on board: 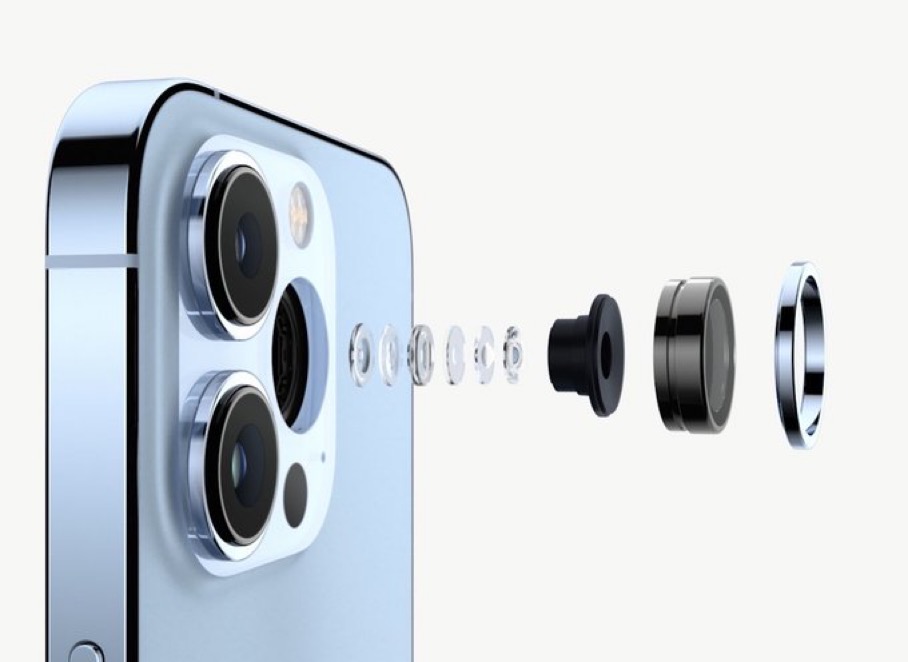 All four models also come with a new Cinematic Mode, which can be described as something like portrait mode, but for videos. Cinematic Mode is available on all four new iPhones, and it allows you to selectively blur the background, leaving only the subject in sharp focus.

The iPhone 13 Pro has a display that Apple calls “Super Retina XDR with ProMotion” that has twice the refresh rate as previous iPhones. This means that scrolling on an iPhone would look smoother with less lag. 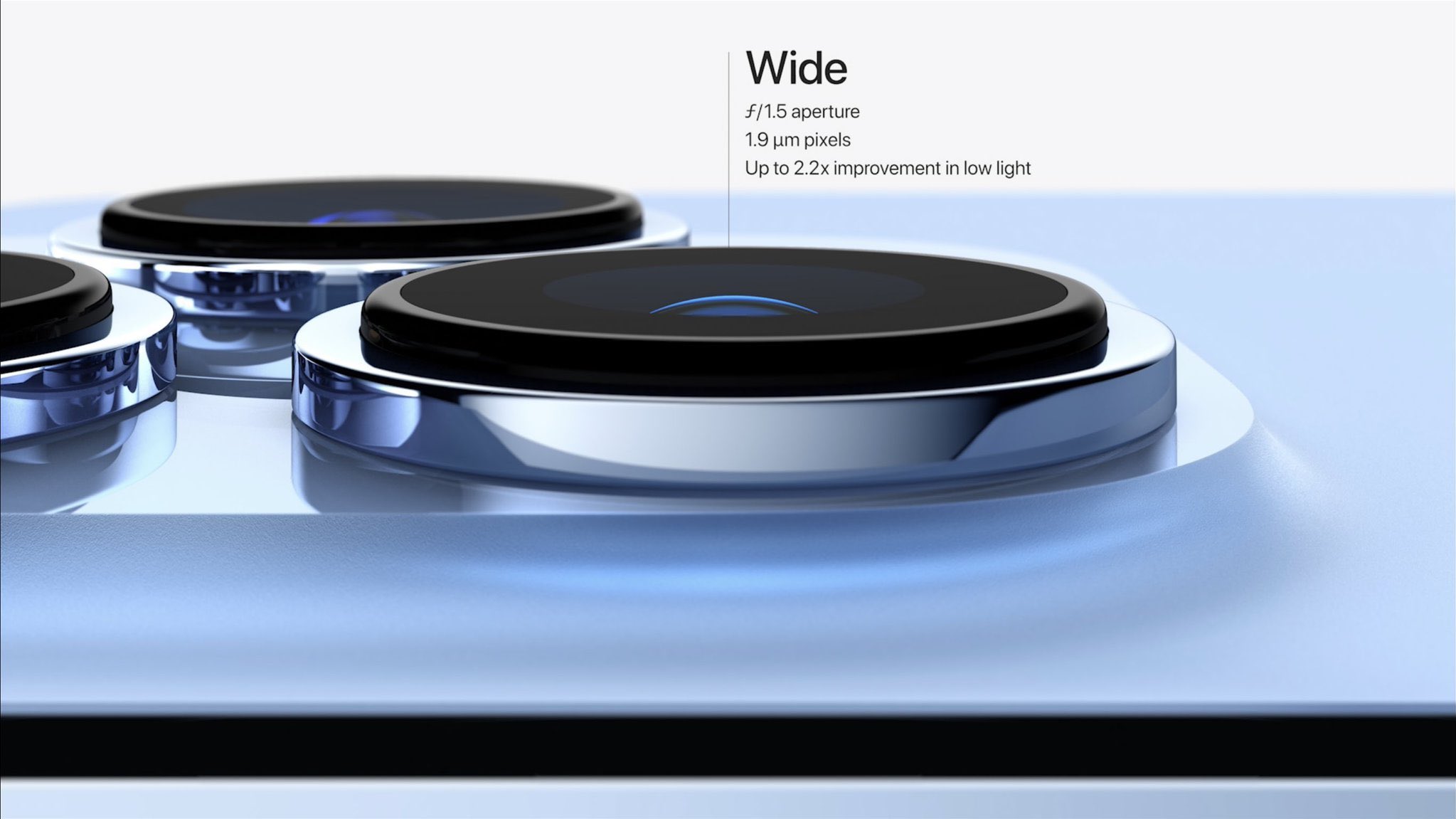 The star of all four iPhone 13 models is the Apple A15 Bionic processor inside them. This latest Apple-made chip features further improvements and extends Apple’s lead over the competition when it comes to processing speeds.

The A15 Bionic is built on 5nm technology and features over 15 billion transistors. It comes with a 6-core CPU, and a 5-core GPU, that is one extra GPU over the non-Pro models.

The iPhone 13 Pro and Pro Max come with the regular 128GB storage, 256GB version, a 512GB version, and for the first time, a 1TB model for the most demanding users. As always with iPhones, there is no microSD card slot for memory expansion. 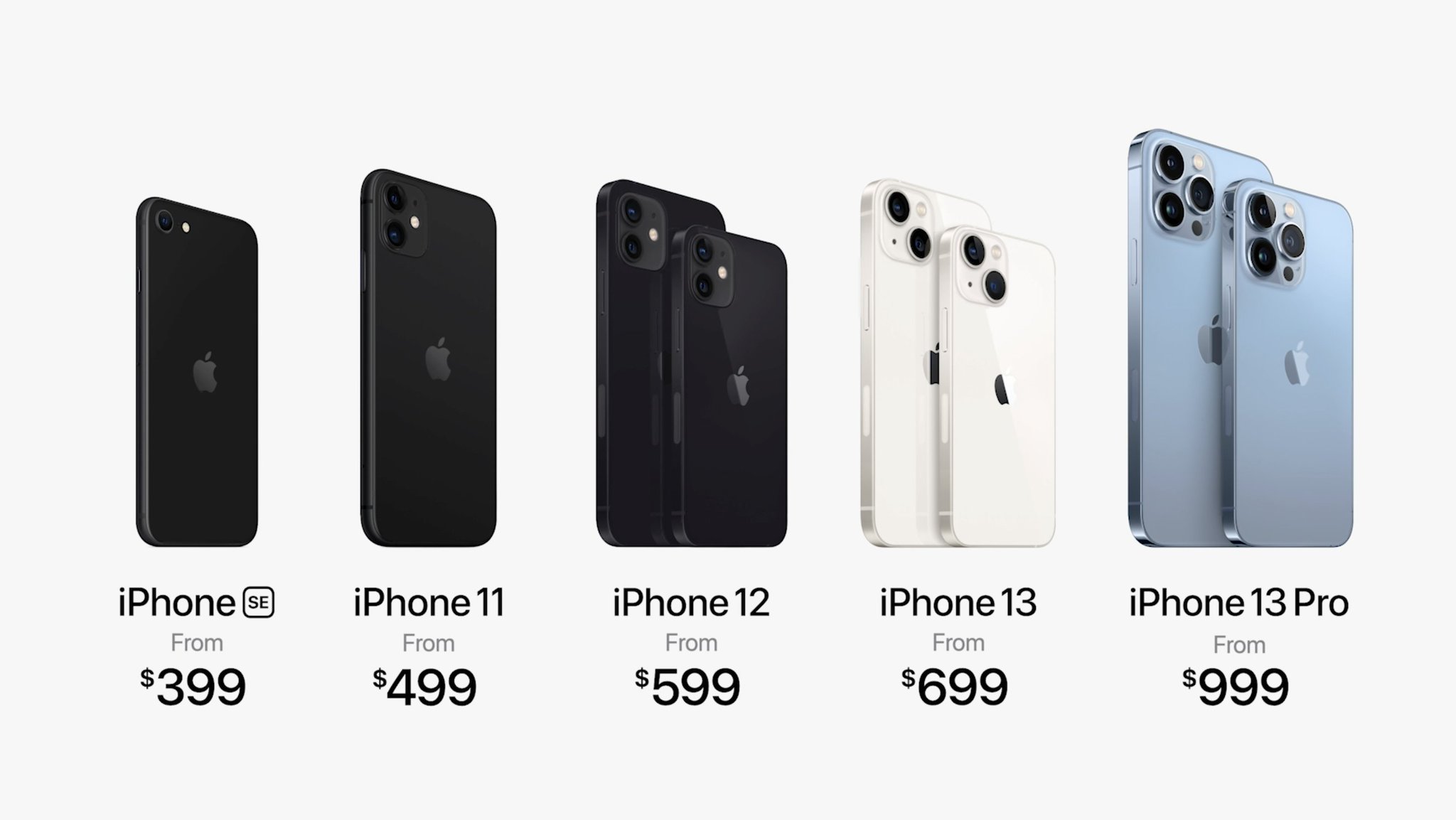