Foremost Nigerian media personality, Toke Makinwa has revealed she was robbed during her recent visit to London, United Kingdom.

The popular fashionista and entertainment polymath recounted the incident on her Snapchat stories on Wednesday night.

She continued in another post, “All valuables are gone. Gosh, how could this happen to me?” 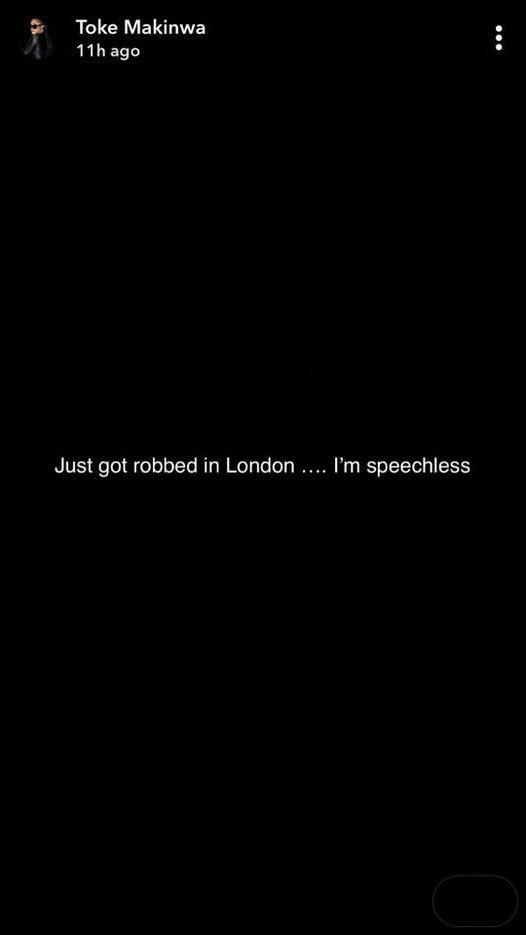 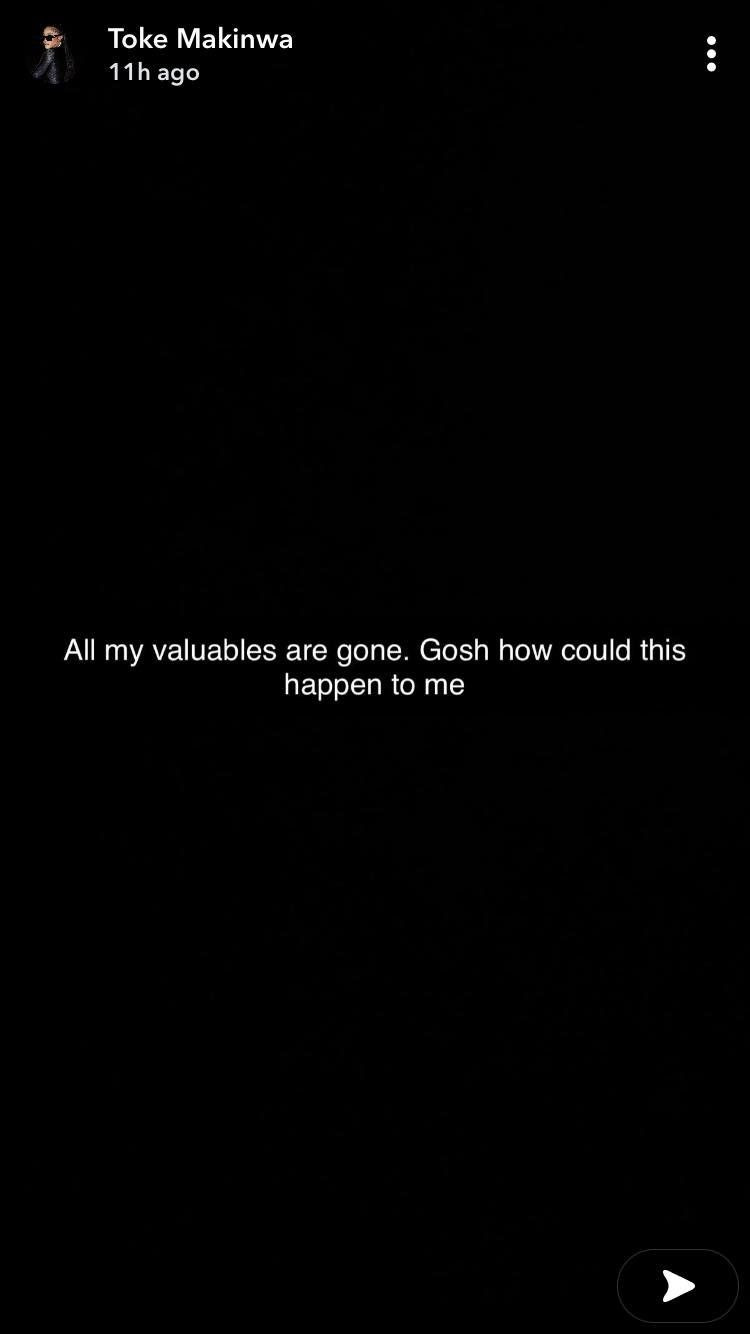 Her post is coming days after another Nigerian celebrity, Yemi Alade revealed her room was ransacked by armed robbers in Ivory Coast.

Alade took to her Instagram page to lament how thieves got into her hotel room, ransacked her belongings and stole all the money they could find.

She wrote: “A few minutes after I left my room, some unknown people decided to go through my things and steal: all the money they could find 🙌🙌🙌🙌 Very good.”

Moments after she shared the news, some of her celebrity friends sympathised with her.

Alade is one of the most popular female musicians in the music industry.

She won the Peak Talent Show in 2009 after which she signed to Effyzzie Music Group, and had a hit with her single “Johnny” in 2014.

Pere Reveals He Tied The Knot At 25 Before Marriage Crashed…

Toke Makinwa Bemoans Societal Pressure To Be A Mother

INEC Vows Elections Will Hold Regardless Of Various Attacks