Renowned advocate for same-sex marriage, Bisi Alimi in a post shared on his Instagram stories decided to berate heterosexual men who are otherwise known as ‘straight men’.

According to the LGBTQ+ activist, most straight men are cheap because they will do anything to acquire income.

In his narration, Alimi revealed that he knew of a certain straight man who wanted to have intercourse with another man just because he wanted to buy himself a laptop.

He said that the supposed straight man went as far as sending nudes to the gay man just because he wanted to have sex with him in return for a laptop.

Read his posts below. 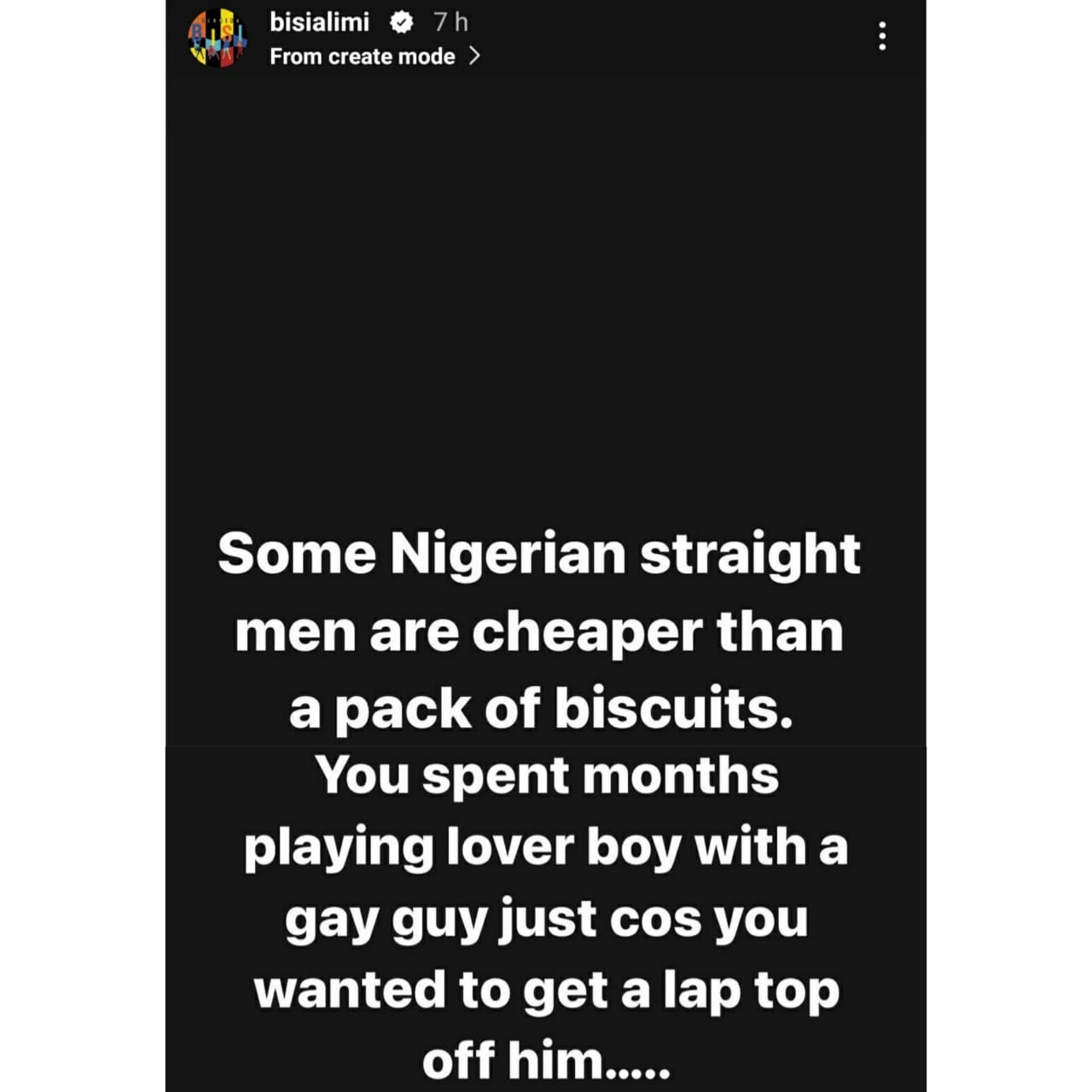 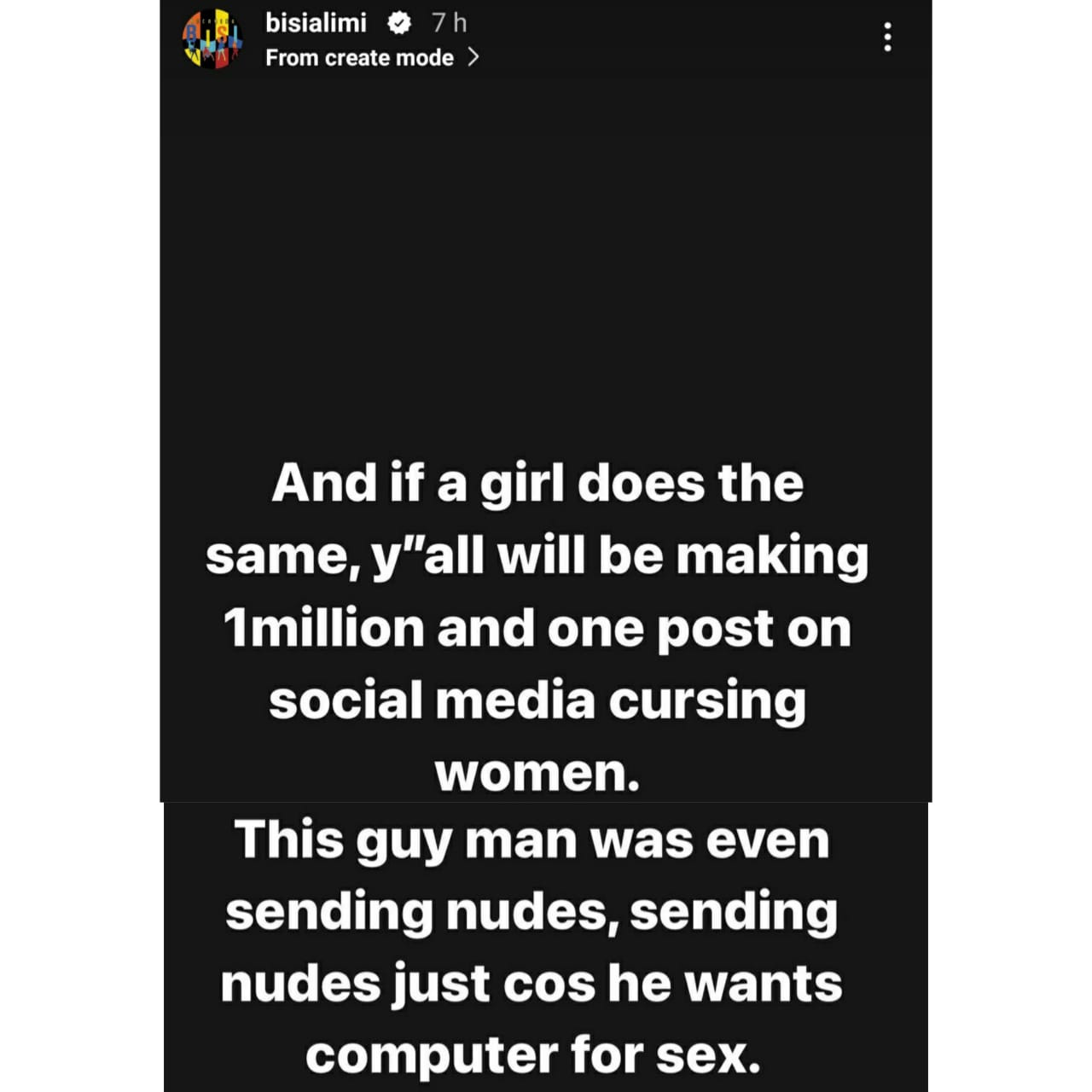 In early 2004, Alimi attended the 4th National Conference on HIV/AIDS held in Abuja where he voiced HIV concerns amongst Nigerian gay men.

He was later to become a Nigerian gay rights activist leading several peaceful protests and social dialogues to demand the acceptance of homosexuals in Nigeria.