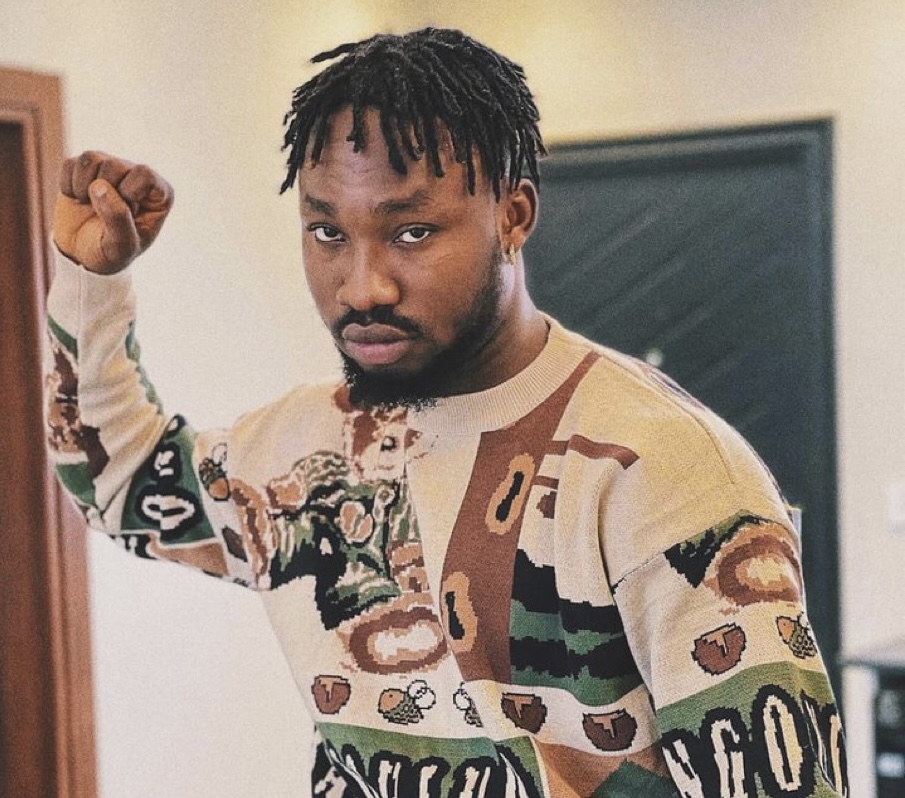 While De-General was seen talking calmly with supposed leader of the team about access to his apartment in a part of the video.

Later on, a heated exchange between the operatives and some other persons who appear to be occupant of the house was witnessed.

The heated exchange degenerated to assault after a phone used to film the operatives was knocked off, but it’s unclear who the victim was.

Giving an update, a friend and colleague of the comedian, Ayo the Creator revealed that De-General has been arrested, showing a video of the comedian in the back seat of the vehicle of NDLEA officials being rough handled.