According to a statement by EFCC via its Facebook page, they were arraigned before Justice Mojisola Dada of an Ikeja Special Offences Court.

Ismaila Mustapha (Aka Mompha) arraigned this morning, January 12, 2022, for offences bothering on Money Laundering and use of property derived from an unlawful act. He was arraigned before Justice Mojisola Dada of the Special Offences Court, sitting in Ikeja, Lagos. 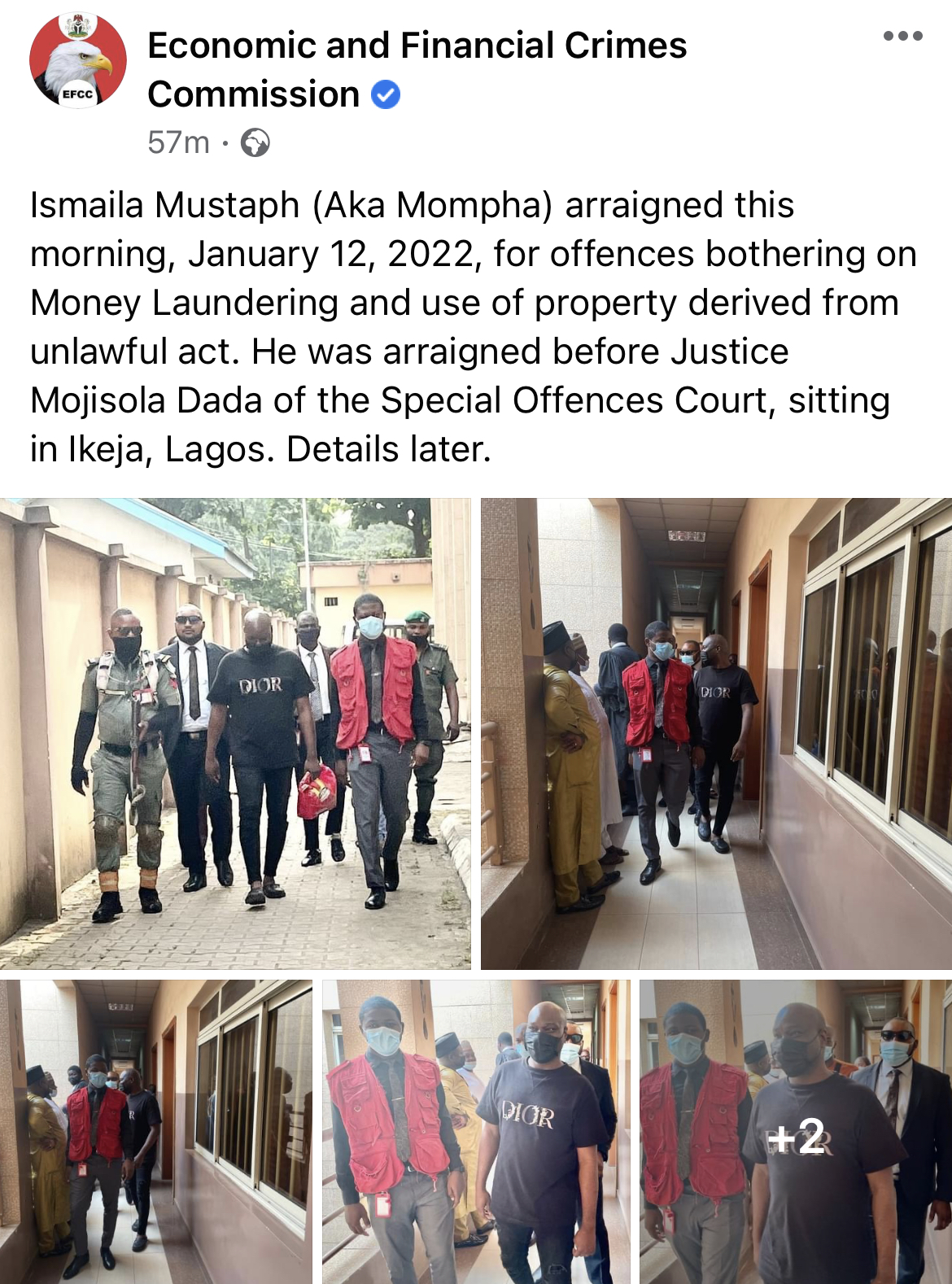 Recall that anti-corruption had on Monday announced that Mompha was re-arrested for alleged money laundering.

Operatives of the Lagos Command of the Economic and Financial Crimes Commission, EFCC, have re-arrested a suspected internet fraudster, Ismailia Mustapha, for laundering funds obtained through unlawful activities and retention of alleged proceeds of crime. Mompha was arrested on Monday, January 10, 2022.

Mompha is already standing trial alongside his company, Ismalob Global Investment Limited for amended 22-count charge bordering on cyber fraud and money laundering to the tune of N32.9billion.

Mompha was first nabbed on October 18, 2019 at the Nnamdi Azikiwe International Airport while boarding an Emirates flight to Dubai.

He was then taken into custody by the Nigeria Immigration Service (NIS) following a watchlist by the EFCC.

The socialite has since been in and out of EFCC custody and the court over the case.

See some photos of Mompha in the court below; 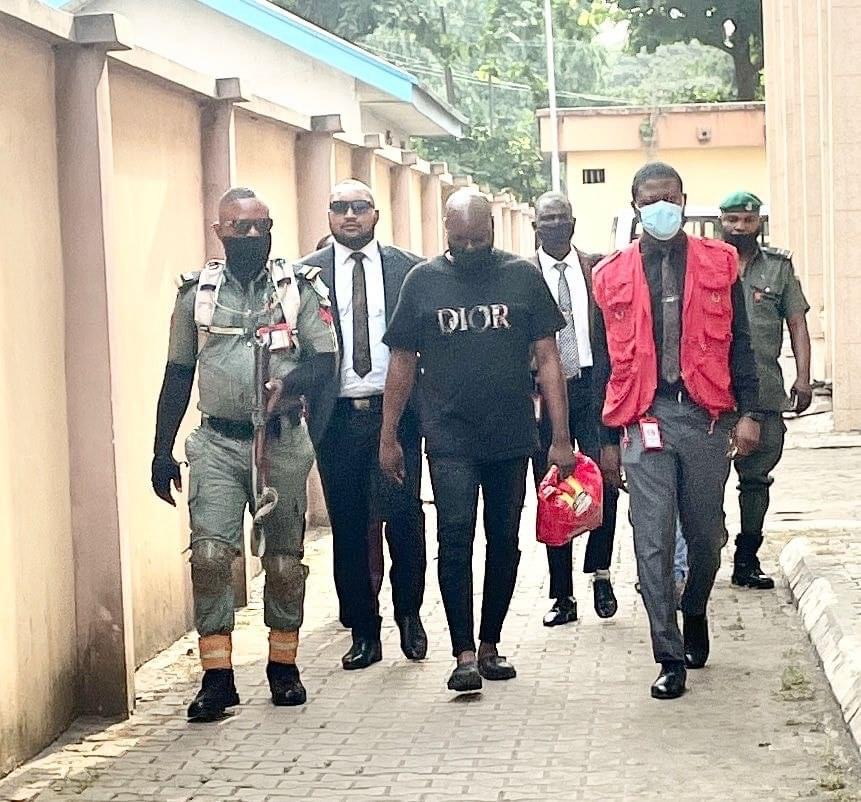 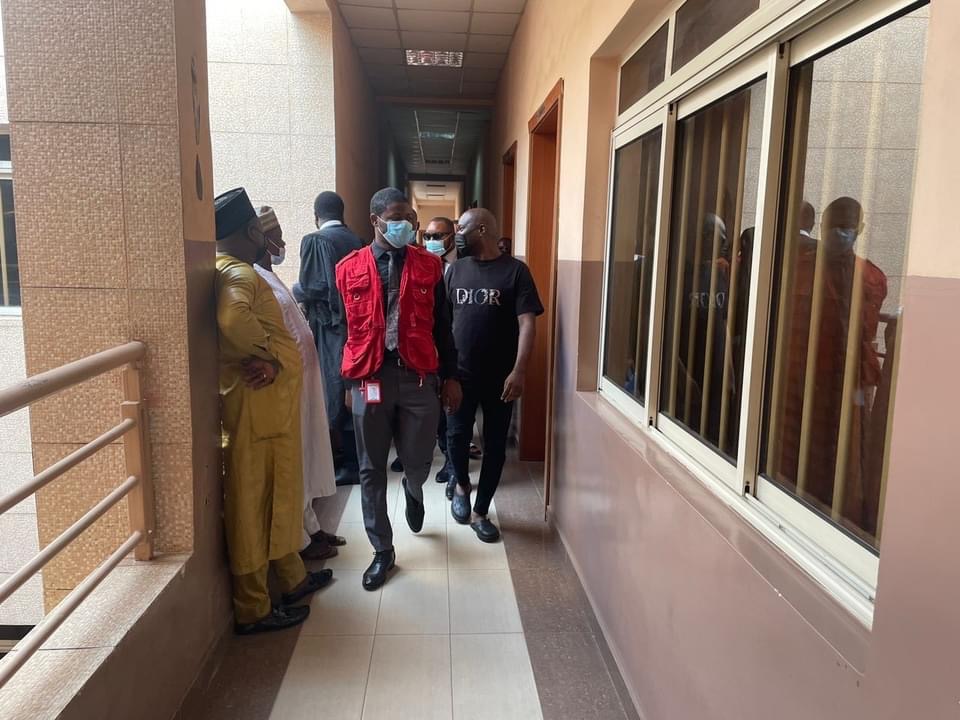 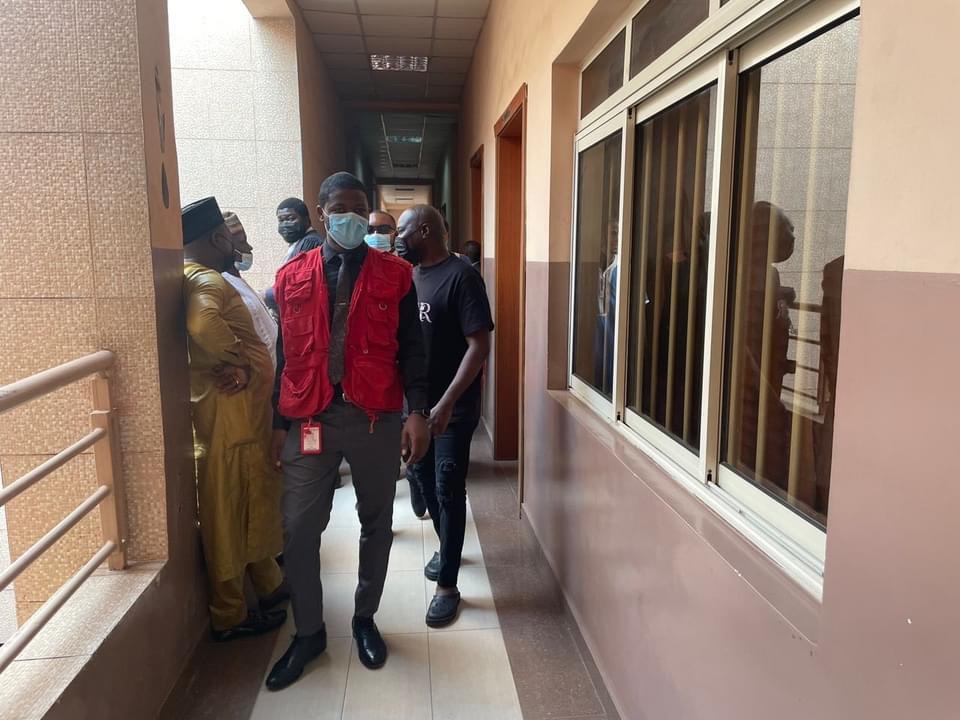 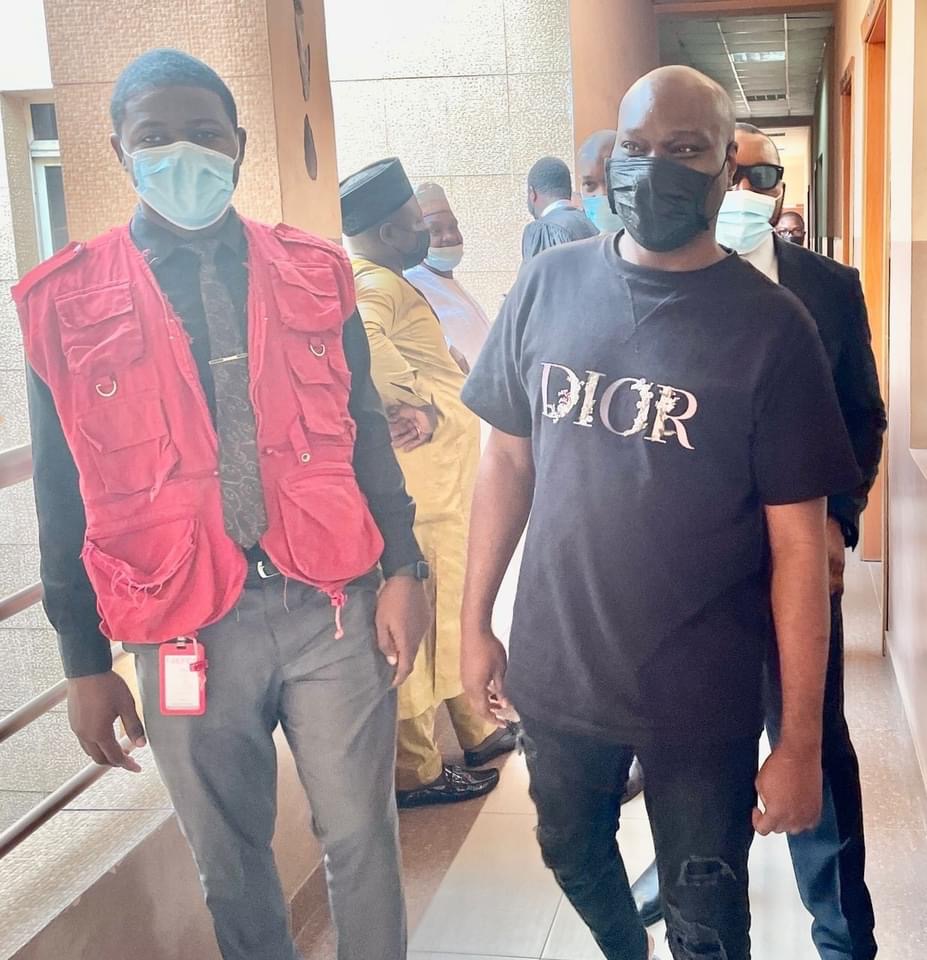 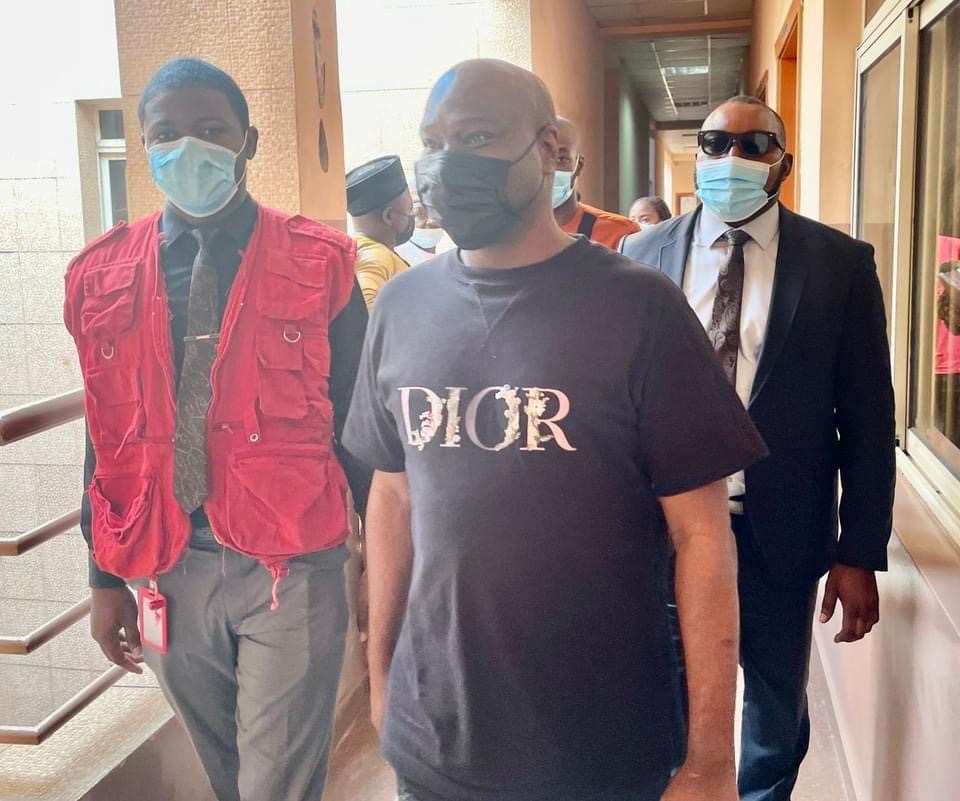 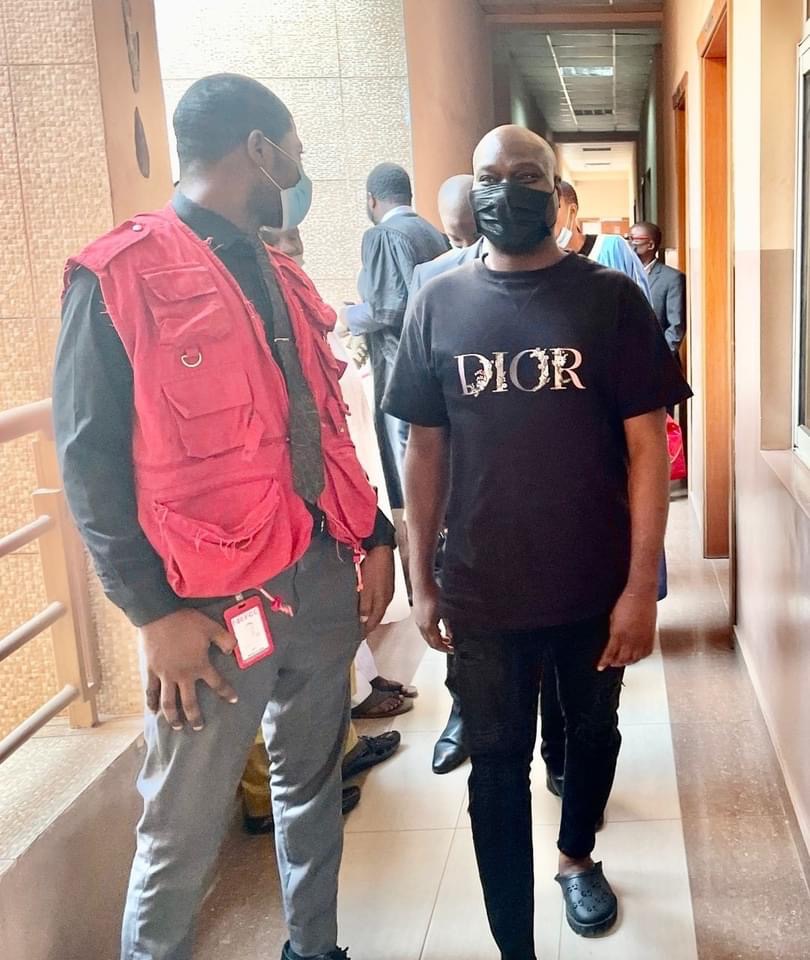