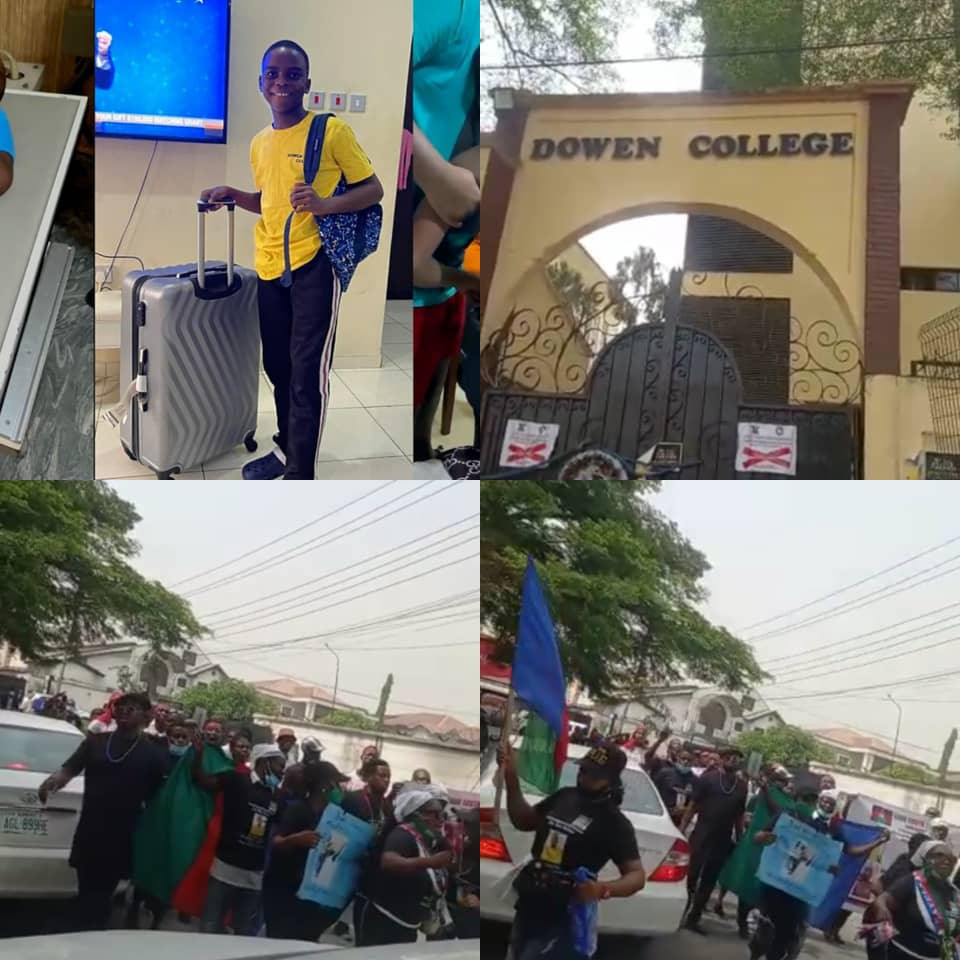 Members of Ijaw Youth Council have on Thursday staged a protest in front of Dowen College, Lagos, demanding justice for late Sylvester Oromoni.

Sylvester is from the Ijaw-speaking tribe in Delta state.

The protest comes after Lagos state government exonerated five students and staff of the school arrested over the death of late Sylvester.

The decision was conveyed in legal advice signed by Adetutu Osinusi, the director of public prosecution (DPP), on Wednesday.

A leader of the protesting youths who spoke to newsmen as they staged a protest in front of the school this afternoon, said;

We are here today to express our anger and grieviances with the fake and corrupt report released by the Lagos state Director of the Department of Public Prosecution that this school where cultists are being trained and recruited, that the five people that killed our son without trial, without concluded investigation, they said they cleared this school to open. If they open this school, the whole Ijaw nation will come to this school. Let them try us and see.

In the DPP’s advice released on Wednesday, it was stated that the police probe and two autopsies conducted on the body of the deceased student failed to establish a prima facie case against the suspects.

It added the interim and final autopsy reports issued by Lagos State University Teaching Hospital (LUTH) and toxicology report of post-mortem samples revealed the cause of death as “Septicaemia, Lobar Pneumonia with Acute Pyelonephritis, Pyomyositis of the right ankle, and Acute Bacteria Pneumonia due to severe Sepsis”.

According to the DPP report, there was no prima facie case of murder, involuntary manslaughter, and or malicious administering of poison with intent to harm [the deceased] against the five accused Dowen College students.

The state cleared the minors of belonging to unlawful society (cultism) due to insufficient facts to establish the claim.

The state government, therefore, directed that all the suspects should be released if they are still in custody.

Watch a video from the protest below;