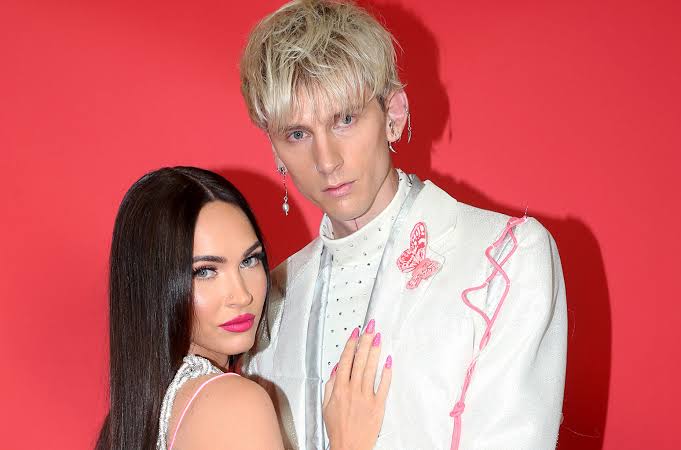 US actress, Megan Fox and rapper, Machine Gun Kelly, have announced their engagement after dating for about 18 months.

On Thursday, the actress took to her Instagram page to post a video of herself with the rapper on his knees as he made the proposal.

In her post, Fox recounted how their love journey started in July 2020, adding that they “walked through hell together” while dating.

Fox disclosed that the pair drank each other’s blood after she accepted the rapper’s marriage proposal.

In July of 2020 we sat under this banyan tree. We asked for magic. We were oblivious to the pain we would face together in such a short, frenetic period of time.

Unaware of the work and sacrifices the relationship would require from us but intoxicated off of the love. And the karma.

Somehow a year and a half later, having walked through hell together, and having laughed more than I ever imagined possible, he asked me to marry him.

On his part, MGK relished proposing to the actress at the same location where they fell in love.

Yes, in this life and every life beneath’ the same branches we fell in love under, I brought her back to ask her to marry me…

The proposal is not their first public display of eccentricity. For the May 2021 Billboard Music Awards the couple appeared on the red carpet with both of their tongues dyed pitch black.