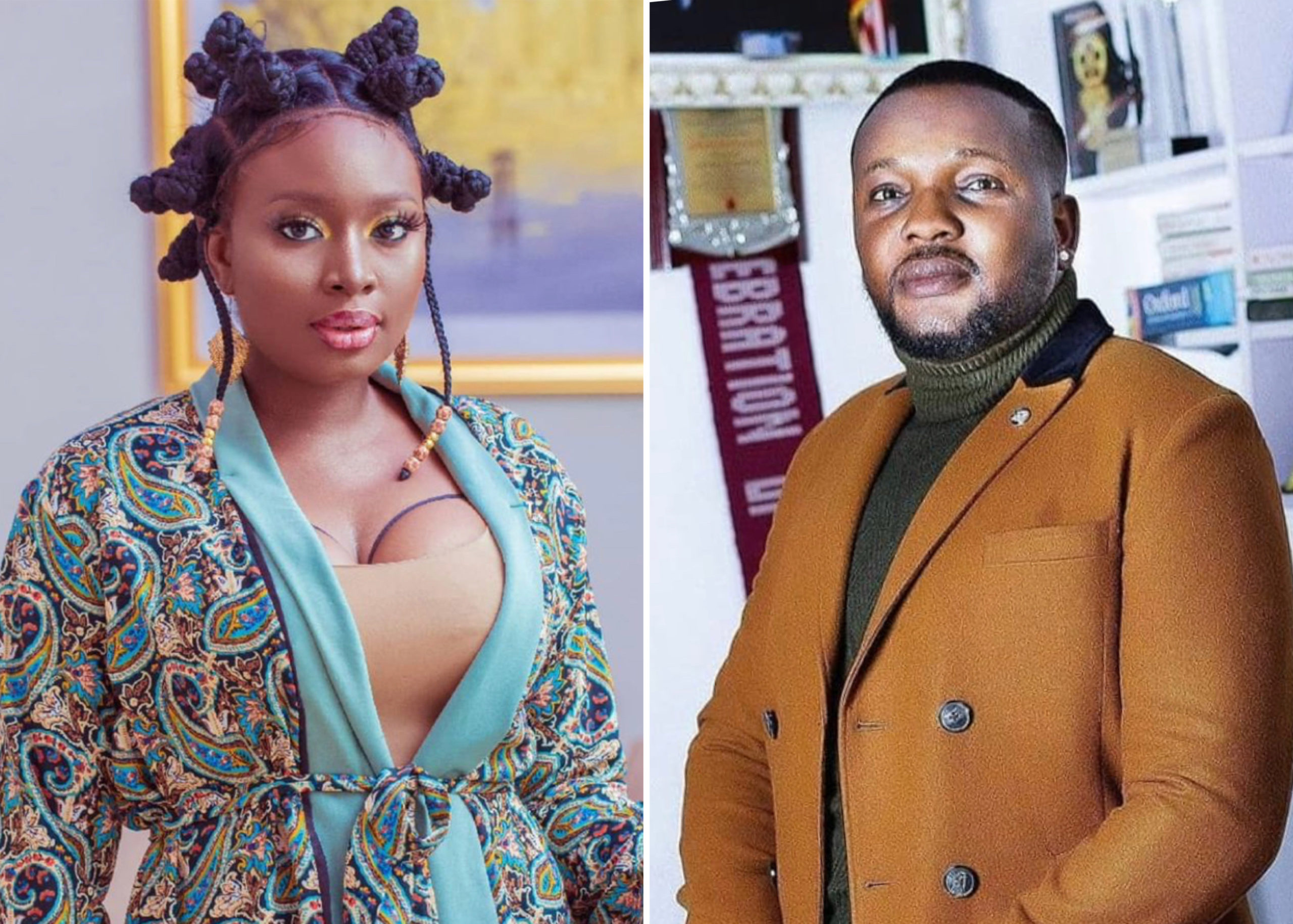 Nollywood actress, Bimpe Oyebade, has alleged that her colleague, Yomi Fabiyi, at some point in her life threatened and bullied her for refusing his sexual advances.

Her claim comes as a reaction to the release of ‘Oko Iyabo’, a movie by Fabiyi on the sexual assault allegations against Baba Ijesha, their embattled colleague.

On Sunday, Fabiyi put out the movie which portrays his version of the incidents that led to Baba Ijesha’s arrest and trial.

The project’s characters take on the names of others also involved in the case including comedian, who is the foster mother of the alleged victim, Princess and actress, Iyabo Ojo, who has been calling for justice for the abused girl, whom the story seemingly centers around.

Iyabo Ojo’s character is portrayed first as a young child from a dysfunctional home. Princess’s foster daughter is also portrayed as a young woman in a consenting sexual with Baba Ijesha.

Shortly after it was released, it sparked angry reactions from many Nigerians who questioned the motive behind the project.

Movie stars like Iyabo Ojo and Tonto Dikeh also condemned Fabiyi’s action, while the leadership of Theatre Arts and Motion Pictures Association of Nigeria (TAMPAN) summoned the actor over the film.

Joining the fray, Bimpe also slammed the actor while questioning his motive for producing such a project.

In the now-deleted Instagram post, she had written: “I am so ashamed. How can someone do this?”

Shortly after her post, a user reminded the actress how Fabiyi used to call her out on social media.

In her reaction, Bimpe acknowledged the follower’s comment while noting that she decided to turn a blind eye to Fabiyi’s alleged “constant harassment, bully and threats.”

She replied the follower;

I’m aware, I just decided to always ignore. The major reason is because I didn’t make myself available for his sexual needs despite how much he tried but doing this to a child is just too much.

Yomi Fabiyi needs to be stopped. Enough is enough. Thank God for his grace, if not I would have given up on this dream because of his constant harassment, bully and threats. 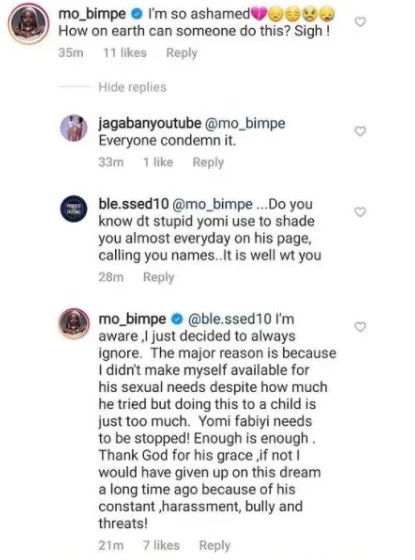