Nigerian actress, Nkechi Blessing Sunday has taken to her social media page to praise herself, describing herself a ‘full option babe.’

In the early hours of Friday, the actress shared a video of herself cooking on Instagram platform and was full of praises for herself.

The actress who recently ended her relationship with Ekiti state politician, Opeyemi Falegan stated that she is a complete package for any man due to the good qualities she possesses.

She shared video of a pot of stew on her Instagram story and wrote: “I cook, I clean, I sabi nack. Wetin again? Full option bay.” 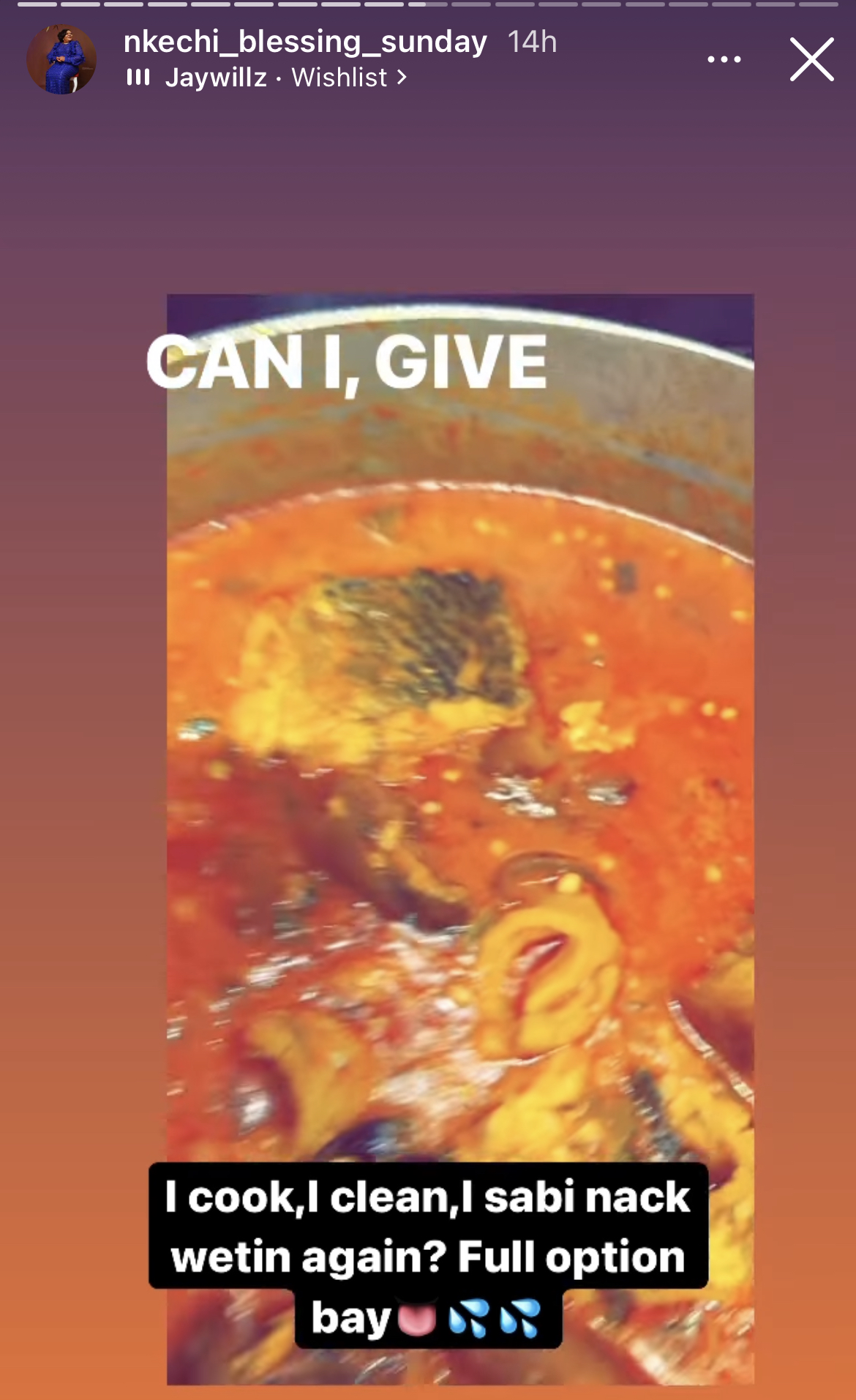 Meanwhile, Blessing has been hinting at being in a relationship with an anonymous man after a messy breakup with her former lover, Opeyemi Falegan.

Recall that a month ago, the actress was involved in a war of words with her former lover over her personal hygiene.

In the now-deleted video which he shared on the Instagram page, Falegan revealed that he broke up with the actress because of her personal hygiene.

Falegan in the video said;

I apologized to her because I just want bygone to be bygone. Not because I want her back. Are you serious? Do you know why I left? I left for a different reason. Personal hygiene.

In response, the actress debunked his claims, adding that she didn’t even own panties since she was 18.

Breaking: Three Sentenced To Death By Hanging Over Killing Of Fasoranti’s Daughter