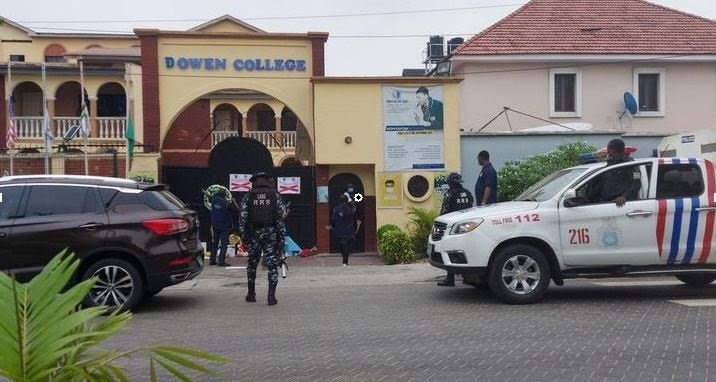 Police in Lagos state have announced a commencement of investigation into the death of Sylvester Oromoni jr, a 12-year-old student of Dowen college in the Lekki area of the state.

The Commissioner of Police in Lagos newsmen on Sunday that the Homicide Section of the State Criminal Investigation and Intelligence Department (SCID), Panti, has been directed to take over the case from Maroko division.

Odumosu added that the command is teaming up with Delta State Police Command in the investigation to unravel the mystery behind the death of the minor.

When asked if the police will base its findings on a prior medical report done by the family, the Lagos police boss said “comprehensive medical test will be carried out and analysis will be done to establish facts in our investigation.”

Recall that the 12-year-old student died on Tuesday last week after sustaining multiple internal injuries after he was allegedly tortured and bullied by some senior students in the school.

In a viral video, Oromoni jr was seen writhing in pain. His teeth were stained dark red with blood. His legs were swollen, and his belly was bloated.

With the series of video evidence in circulation, the Management of Dowen College has released a statement saying they will cooperate with authorities to dig deep into the matter.

Lagos State government through its Ministry of Education who had paid an earlier inquiry visit to the college on Friday has announced that the school be shut down indefinitely.

Following this, the school gate was sealed on Sunday amid widespread criticism on social media platforms with many demanding justice for the deceased using the hashtag #JusticeForSylvester.