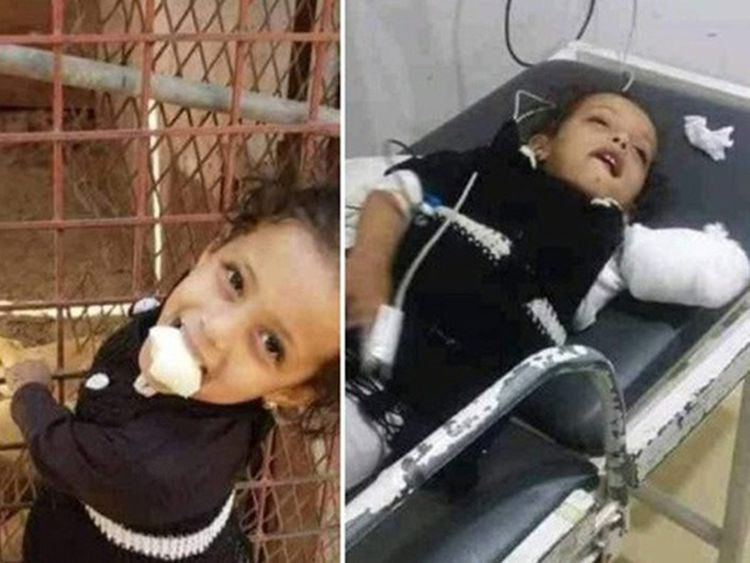 A 2-year-old Yemeni girl has had her left hand amputated after being bitten by a lion during her family visit to the zoo in Ibb governorate in Yemen, local media reported.

According to Al-Arabiya Al Hadath, the toddler identified simply as Donia put her hand into the lion’s cage when the animal bit it off.

The little girl, Donia, had pushed her hand through one of the holes in the protection net of the lion’s cage when the lion bit her hand.

The girl was accompanied by her father who was busy taking a souvenir picture.

The girl and her father, who went into a coma after watching his daughter’s hand in the lion’s mouth, were taken to a hospital.

Human rights advocates held the child’s father and the administration of the zoo, which is under the control of Al Houthi militia, accountable for the tragedy.

They also decried the administration’s disregard for visitors by placing iron nets, which are inappropriate for these predators, or failing to ensure a sufficient safety distance that prevent visitors and children from getting closer to these animals.

Rare White Tiger Mauls Zookeeper To Death Inside Its…