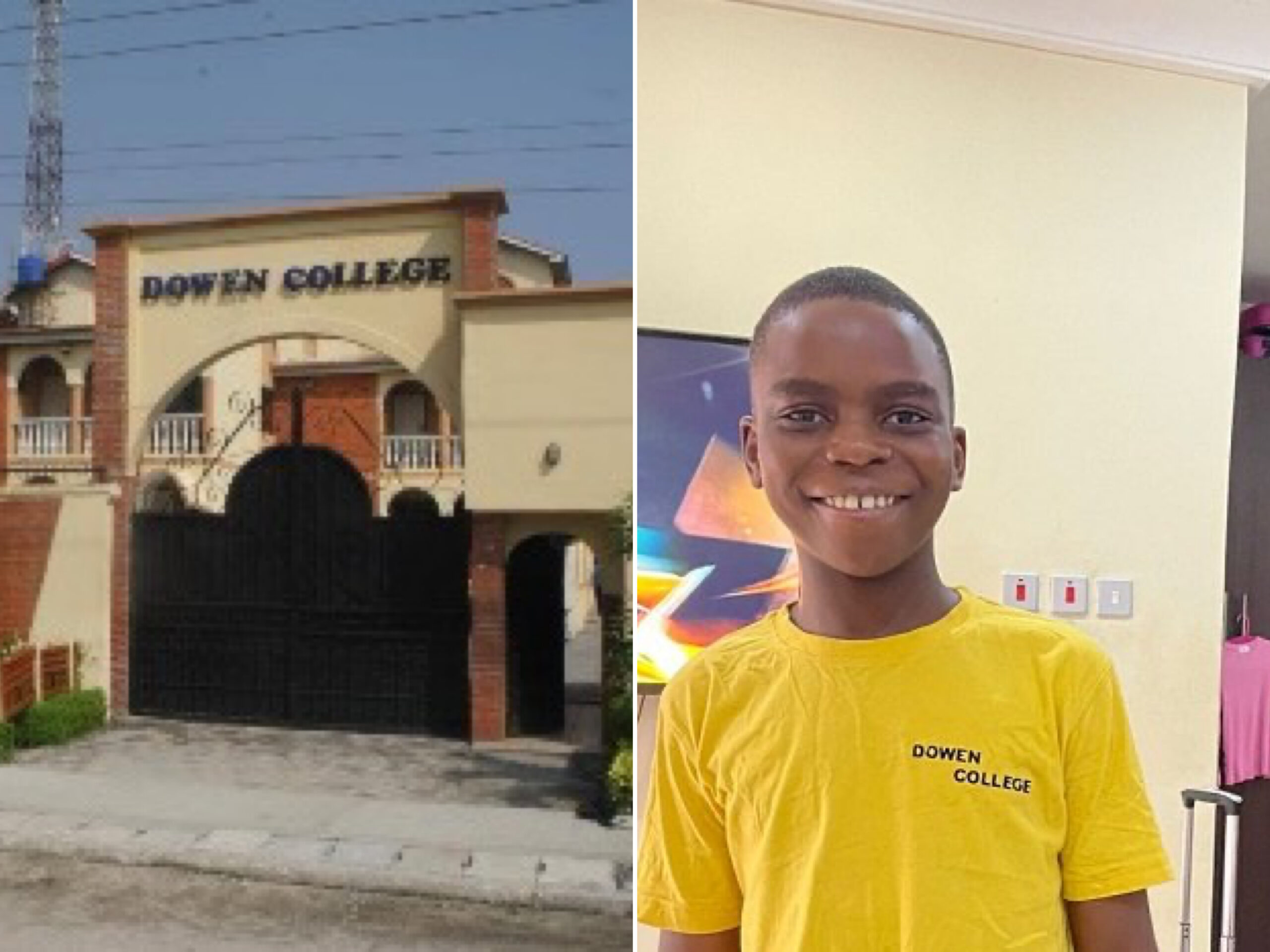 At least 189,000 persons have signed a petition on the change.org platform, demanding answers as to the cause of death of Sylvester Oromoni, a 12-year-old student of Dowen College, Lagos whose death was allegedly caused by tortures suffered from bullies.

Signatories to the petition have also called for swift prosecution of all those responsible for the gruesome death of the deceased.

The petition was started by The Irede Foundation with the title, ‘We Want Justice For Sylvester’ and it has since attracted at least 189,000 signatures.

It is directed at decision-makers such as the Lagos State Commissioner of Police, Hakeem Odumosu, the Lagos State Governor, Babajide Sanwo-Olu; Obafela Bank-Olemoh, the Senior Special Assistant on Education Interventions to the President of Nigeria, Muhammadu Buhari and others.

The death of a 12-year-old student, Sylvester Oromoni, of Dowen College, Lekki, Lagos, sparked outrage online when it was learned that he was allegedly bullied and beaten to death by other students at the boarding school.

A viral video shared by the family has shown how Sylvester was writhing in pain while bleeding from his mouth. His lips appeared swollen and his teeth looked broken.

According to one of his relatives, the deceased mentioned the names of five persons, whom he said were allegedly responsible for his injuries before he finally died on Tuesday 30.11.2021.

In its response to the student’s death, the Dowen College school’s authorities in a statement claimed the deceased sustained injuries while playing football and was given immediate medical attention by the school’s resident nurse. The school denied that Sylvester had been bullied or attacked by some students in the school and said it had carried out a preliminary investigation, where its officials claimed that there was no case of bullying, adding that it has policies that are strongly anti-cultism.

The deceased, according to his parents in media reports had also alleged that he was given a substance to drink by the bullies.

The efforts by the school’s administrators are not enough and authorities are silent. Investigations must be done to discover what really happened to Sylvester.

1. Did the school do enough to protect Sylvester?

2. How were the injuries that led to his death sustained?

3. Was the school negligent in protecting its students?

There are so many questions and not enough answers.

We need the police to act immediately and investigate the circumstances and events that led to his death. We’re asking the Lagos Commissioner for Education, Folashade Adefisayo and officials of the Lagos State Universal Education Board, and the Federal Ministry of Education to probe allegations of bullying and negligence?

We’re asking for a thorough and transparent investigation and prosecution of those found to be culpable in this tragic incident.

Social protection is particularly important for children, in view of this crime, we also throw in our concern for children with disabilities to ensure the protection of children is inclusive of them.

Justice must be served and seen to be served for 12-year-old Sylvester and his family.