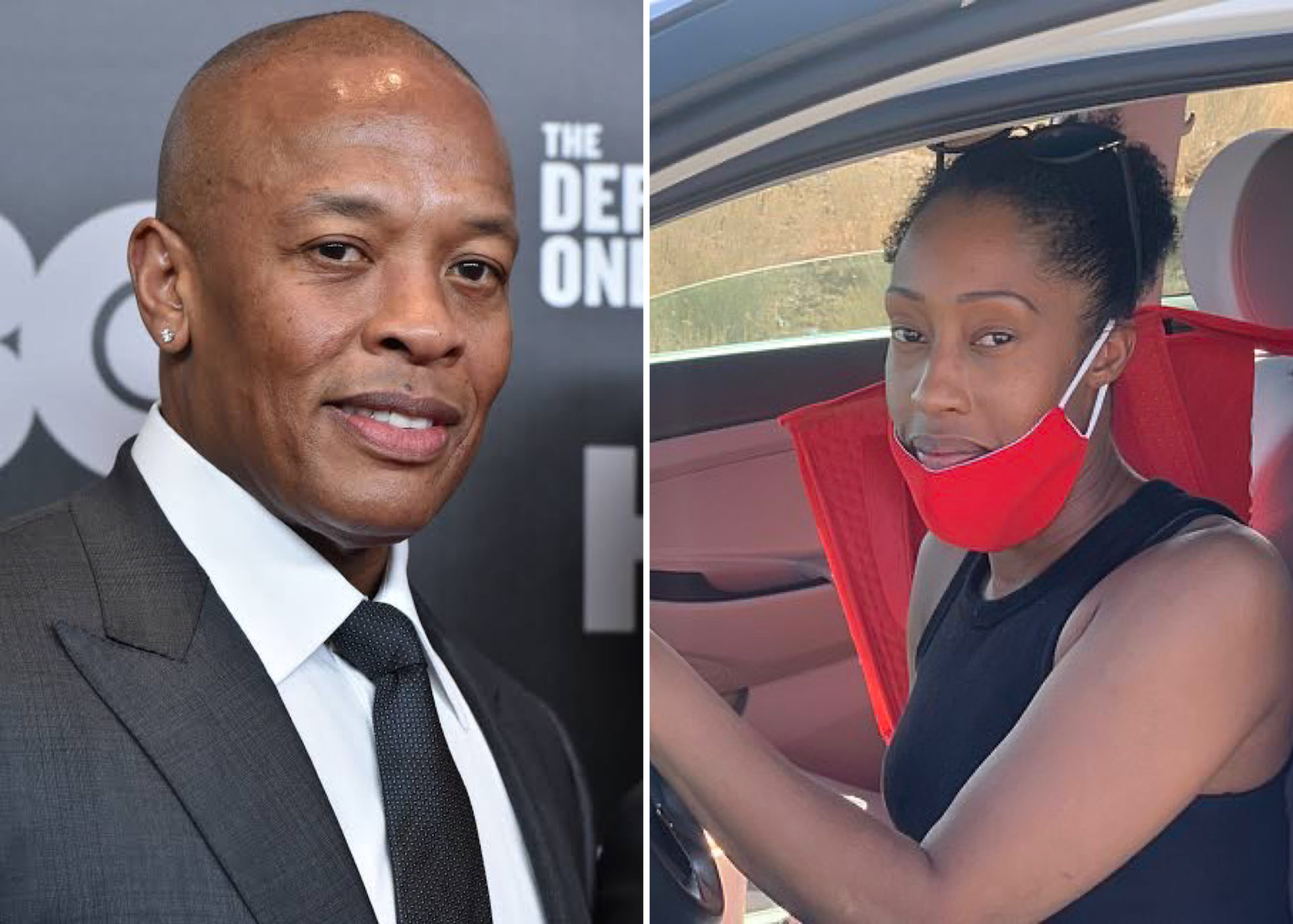 Dr. Dre’s estranged daughter, LaTanya Young has revealed she is homeless and has been living out of her car, adding that she hasn’t seen her wealthy father in 18 years.

The new development comes after the hip hop mogul was ordered to pay his ex-wife, Nicole Young $300,000 a month in spousal support.

The music executive and Nicole were married for 24 years before they split. They have 2 adult children – a daughter named Truly, 19, and a son named Truth, 23.

In June 2020, Nicole filed for divorce after 24 years of marriage, citing irreconcilable differences as the reason for her split from the hip-hop mogul.

LaTanya, 38, works as a delivery driver for online food ordering and food delivery platforms, DoorDash and Uber Eats and as an assembler at a warehouse but claims that she can’t afford to secure an apartment in Victorville, California, and is living in a rental vehicle.

She was given birth when Dr. Dre was married to Lisa Johnson, 53 but the couple split when LaTanya was just five-year-old.

According to DailyMail, the single mother-of-four said she has repeatedly asked her producer dad, who is said to be worth $800million, for financial help but she has not received a dime in 18 months.

LaTanya claimed that she’s not seen her famous father for 18 years and doesn’t even have his cell phone number, but revealed that she has to communicate with him through his communication team. 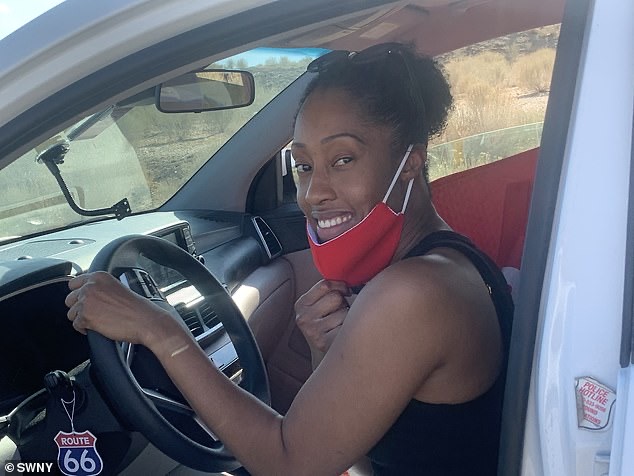 I’ve been working in a warehouse and doing Uber Eats and DoorDash. My kids are staying with friends – they are not living in the car, it’s just me.

I’m taking odd jobs just to make it now – I got paid $15 an hour as an assembler at the warehouse. I’m trying to keep my head above water. I’ve been in debt for a while.

LaTanya said she now fears she will lose her rental car as she has not been able to make payments.

The car is a pretty penny. It’s an SUV that costs $2,300 for three weeks and I only paid for one week. Sooner or later they are going to take the car.

LaTanya moved with her kids from Nevada to California a month ago in the hope that she would earn better money after her work dried up.

The wage is higher in California – there was no work in Nevada. There weren’t enough jobs. I have friends and family that will let us come back and forth but the majority of the time I’m living out of my car.

LaTanya claims she has been asking Dr. Dre’s lawyer for help but that she told that since she spoke about her father to the press in the past, he will not give her any money. 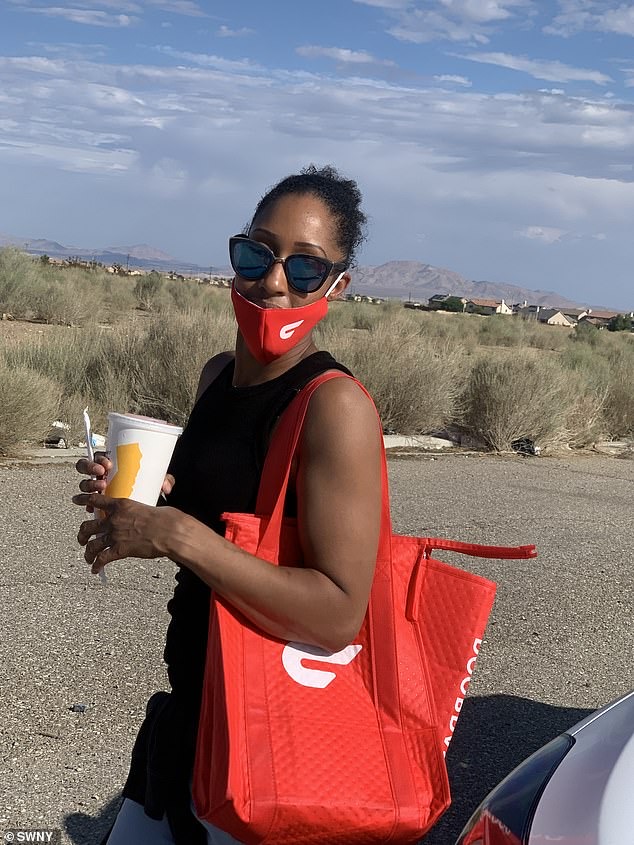 She added that it pains her that her children have never met their famous grandfather, adding;

I’m homeless and I’ve been reaching out to my dad for help. His lawyer has said that my dad doesn’t want to help me because I’ve spoken about him in the press. I feel like I’m damned if I do, I’m damned if I don’t.

I’m just trying to communicate with him and see if he wants to talk to his grandkids. My kids are old enough to know who he is. They are in shock that he doesn’t want anything to do with them.

She admitted that he has in the past helped her, by paying her rent and giving her an allowance, but that help ended in January 2020. 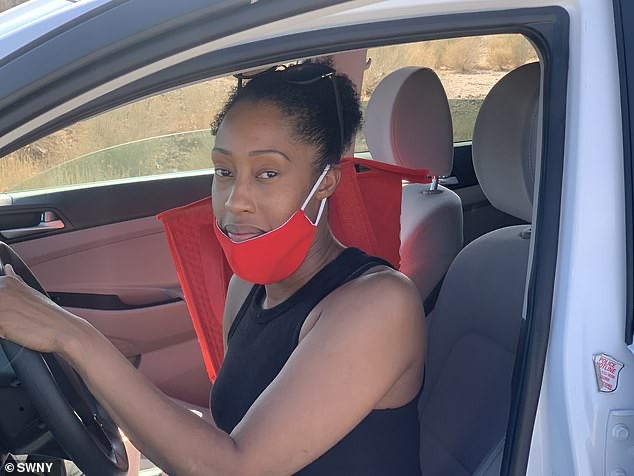 People label me as a millionaire’s daughter so they don’t understand why I’m working.It makes me want to crawl under a rock. He used to help with our rent and gave an allowance but he told us he wouldn’t do anything anymore. I’m out on the streets.

I asked him for help and I haven’t got a response back from his lawyer. I’m hearing about mistresses that he’s bought houses for. It’s a messy situation.

She added that it hurt her to hear of the generous financial settlement a divorce judge ordered Dre to pay Nicole, his wife of 24 years, earlier this month.