Oba of Benin, His Royal Majesty Ewuare II, has said repatriated Benin Bronzes should be returned to Benin Royal Museum to be cited within the precincts of his palace.

At a press briefing in his palace on Friday, the Oba called on the Federal Government to take custody of the artefacts when repatriated until the royal museum is ready.

The Oba’s intervention and comments follow the controversy over where the artefacts, looted by British soldiers during the invasion of the Benin Kingdom, ought to be kept when returned.

According to him, individuals or institutions dealing with the private company, Legacy Restoration Trust, regarding the return of the looted artefacts does so at their own risk and against the will of the Benin people.

He advised Governor Godwin Obaseki to review the use of a private company to pursue the return of the artefacts, adding that the items should be returned where they were taken from. 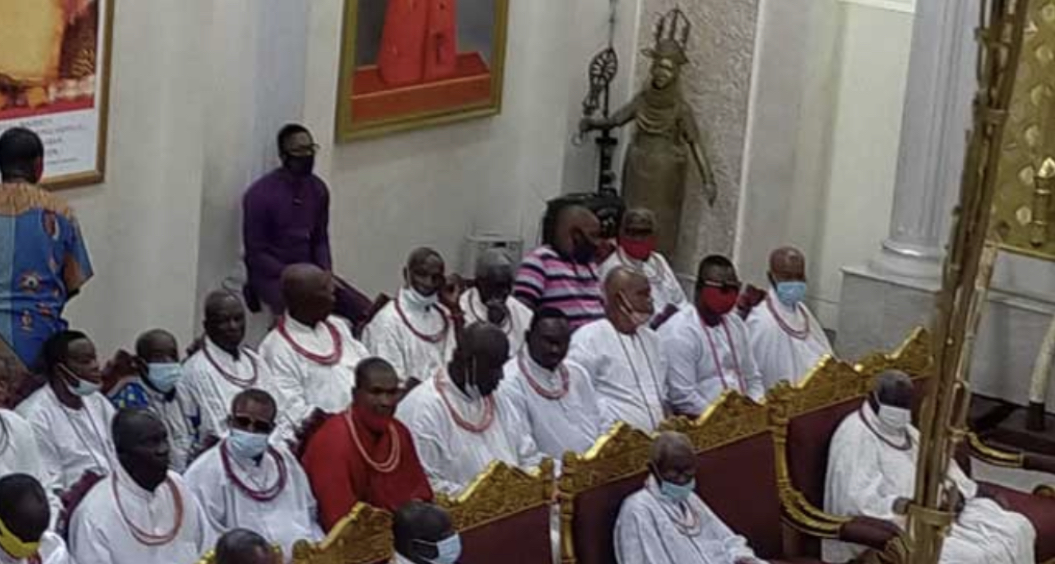 On May 18, Germany, through its Director-General of Culture and Communication, Dr Andreas Gorgen, said his country was on a restitution mission to Nigeria to return all artefacts taken from Benin Empire.

Read Also: Germany To Return All Benin Artefacts By 2022

The announcement had led to questions over where the stolen artefacts – bronze, wooden, brass, metal and ivory tusks; collectively known as the Benin bronzes – would be returned to.

Meanwhile, the Federal Government, Edo State Government and the Benin royal family have concluded a meeting in Germany towards the return of stolen artefacts to Edo State.

The meeting in Berlin was attended by the German Minister of State for Culture, Prof. Monika Grutters, and Foreign Minister, Mr. Heiko Maas, while the Nigerian delegation includes the Minister of Information and Culture, Alhaji Lai Mohammed; the Edo State Governor, Mr. Godwin Obaseki. 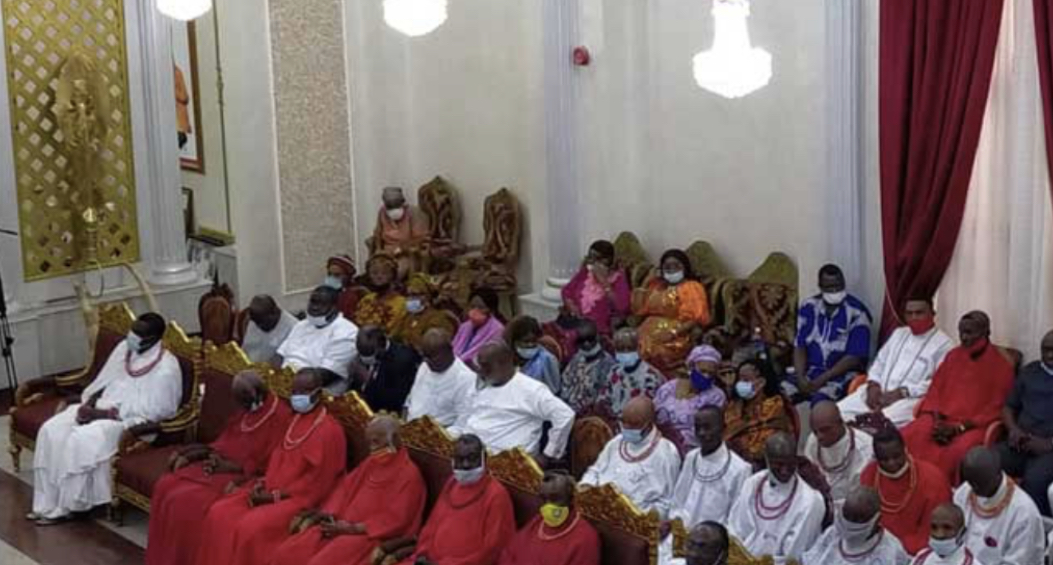 At the meeting, Lai Mohammed insisted on a full and unconditional return of the 1,130 Benin artefacts domiciled in German museums, adding that the return should be whole rather than substantial.

He said this in the wake of remarks by Grutters that the European nation was ready to make a ‘substantial return’ of the 1,130 looted artefacts.

Mohammed said the issue of provenance, which has to do with the place of origin of the artefacts, should not be allowed to unduly delay the repatriation of the art works, noting, “That they are known as Benin Bronzes, which is already a confirmation of their source of origin (which is Benin).” 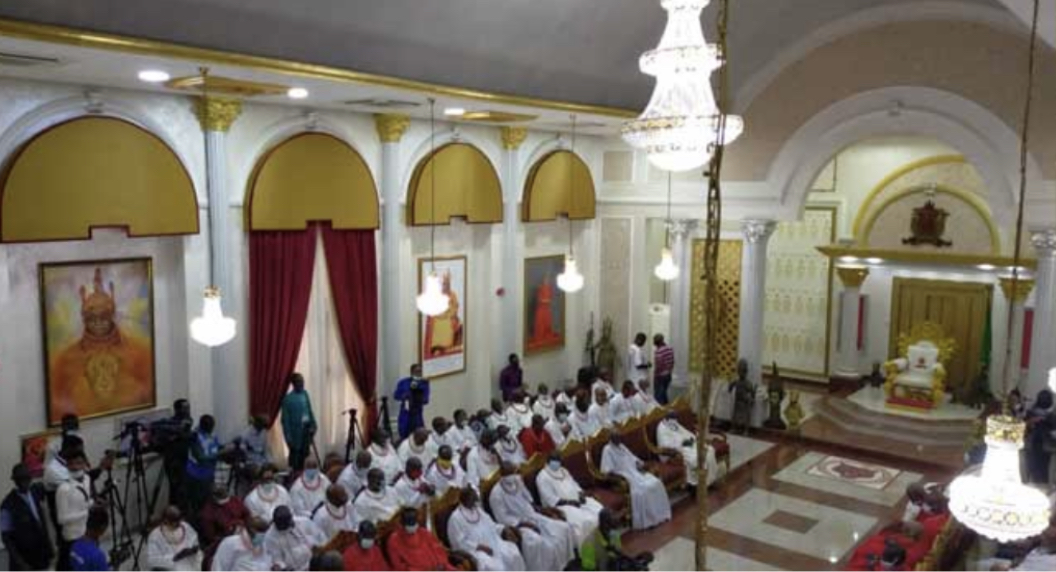 At a separate meeting with Maas, Mohammed also reiterated that no condition should be attached to the return of the artefacts.

He stressed the need for the parties to commit to definite timelines for the return of Benin Bronzes in addition to concluding all necessary negotiations in a very short term.

Mohammed added that the discussions between Nigeria and Germany on the return of the artworks was not the end of an era, but rather the beginning of a new vista of stronger relations, pivoted by cultural diplomacy between both countries.

The Minister thanked Germany for taking the lead in the global efforts to repatriate all artefacts that were looted from Nigeria and the African continent, adding;

We see Germany as a leader in the efforts to take practical steps to repatriate our stolen artefacts, and we hope Germany will sustain that lead. 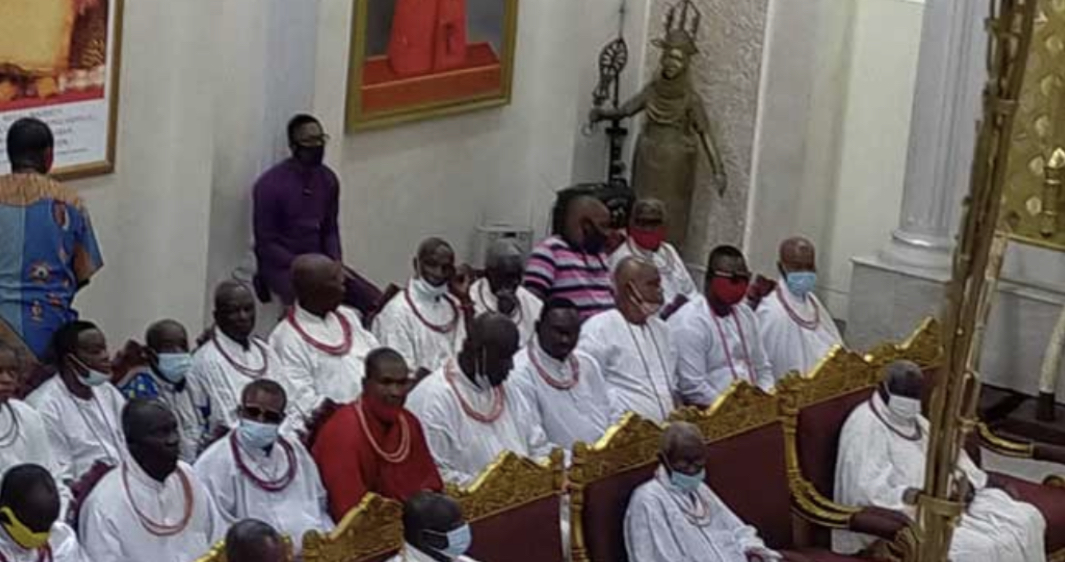 Edo State Governor, Mr. Godwin Obaseki, who was also on the Nigerian delegation, said a “transformational” museum is to be built in Benin City, to house the artefacts upon their return, as part of a new cultural district in the city.

The governor said he was attending the talks to demonstrate the strong partnership involving the Federal Government of Nigeria, the (Benin) Royal family and the people of Edo State.

Earlier, the German Minister of State for Culture, Prof. Grutters, said “The way we deal with the issue of Benin Bronzes is important to addressing our colonial past,” describing the issues as “an important personal concern.” 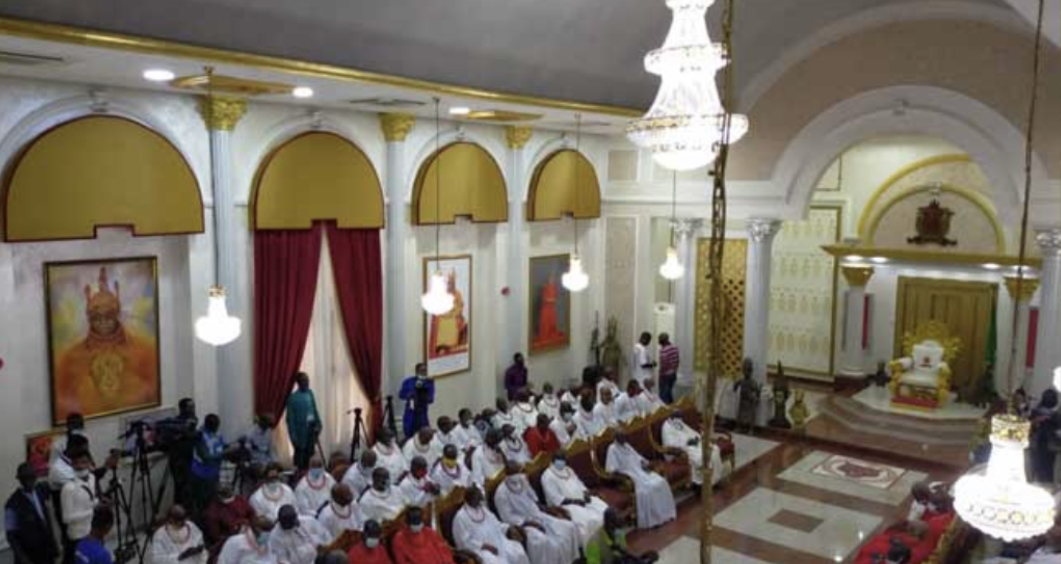 She assured the 1,130 artefacts would be returned to Nigeria from the beginning of 2022, noting that Germany had twice sent delegations to Nigeria for talks over the planned repatriation. She said such a move indicated that both sides had moved beyond mere talks, saying all the Museums in Germany stockpiling Benin Bronzes have agreed to cooperate.

Other people on the Nigerian delegation were the Nigerian Ambassador to Germany, Mr. Yusuf Tuggar and Director-General of National Commission for Museums and Monument (NCMM), Prof. Abba Tijani.

They were later taken on a guided tour of the Humboldt-Forum, a royal palace turned museum in the heart of Berlin that houses artworks from around the world.