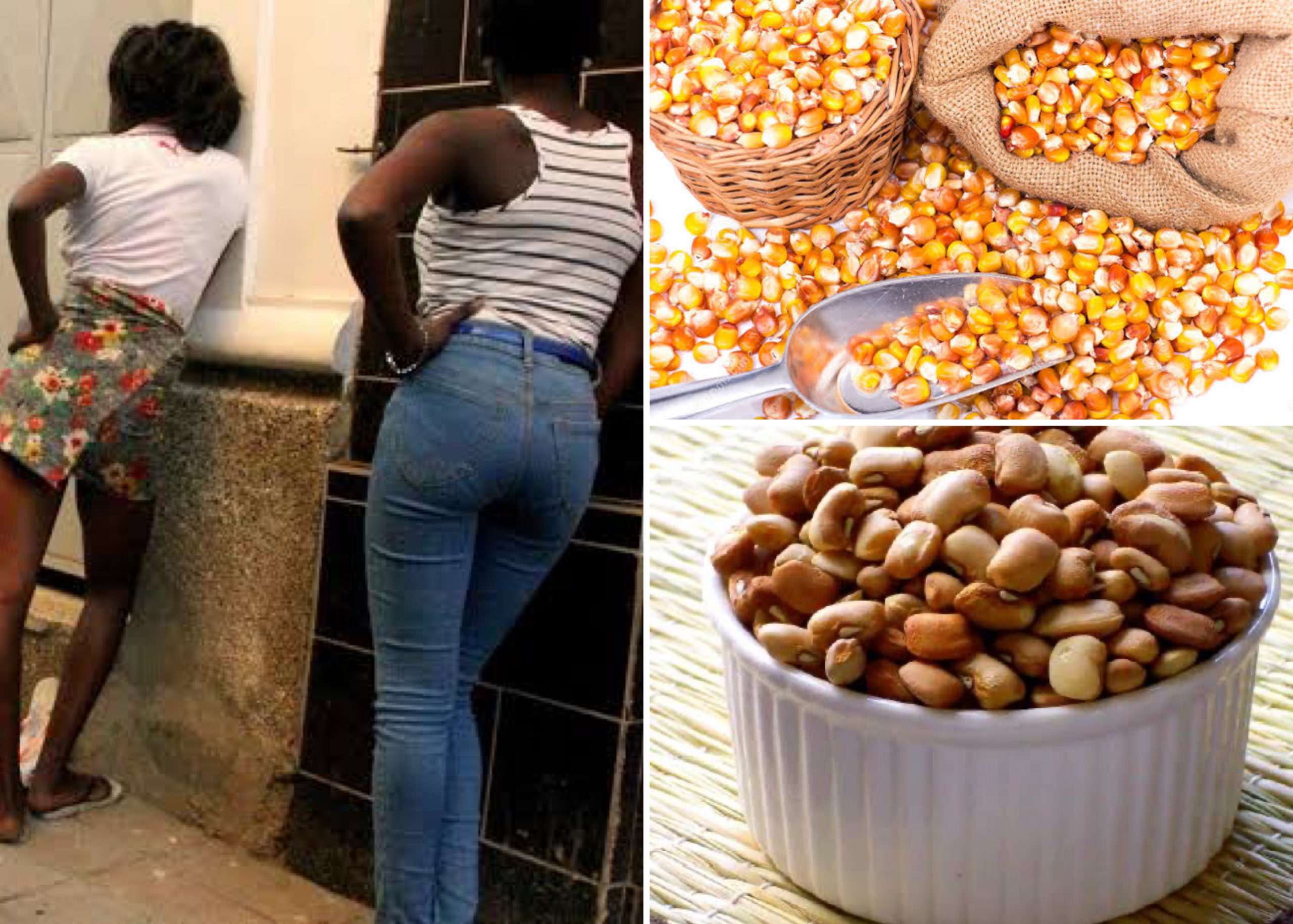 Impact of COVID-19 pandemic has hit sex workers in Zimbabwe hard to the extent of accepting buckets of maize and cups of beans as payment from their also cash-strapped male clients.

This special form of trade by barter is reportedly being utilised by the sex workers in Dema Growth Point region of the country.

The sex workers said the ‘barter trade‘ had also created problems for their clients as the men usually steal the ‘payment‘ from family granaries.

The female sex workers’ plight has also been worsened as nightclubs and bars remain closed due to strict COVID-19 national lockdown restrictions.

Speaking to NewZimbabwe.com at Dema growth point in Seke rural, about 37km east of Harare, sex workers appealed to the government and other organisations for low-interest loans to start income-generating projects to fend for starving families than relying on prostitution.

One of them simply identified as Alice disclosed that;

Gone are the days when we used to charge clients for $US5 for the whole night. These days even one dollar is accepted so that you are able to buy vegetables and tomatoes and cook something for your starving children.

I have three children; one is doing Form 4. The child needs ZIMSEC (Zimbabwe Schools Examination Council) registration fees. The other is in Grade 7 and one is in Grade One. So you can see my predicament.

I now even accept a bucket of maize or cups of dried beans as payment for sex services. At least I am assured that my kids will have porridge. We appeal from well-wishers, including government to assist us to start income-generating projects. Our children are going to sleep at night on empty stomachs.

Another sex worker identified as Mavis said she could have opted to be a house helper but that locals don’t pay.

The sex workers who spoke to the publication, were attending a Key Affected Populations (KAP) workshop meant to find ways of reducing HIV and sexually transmitted infections (STIs).

The seminar was convened by National Aids Council (NAC) at Dema Growth Point.

NAC District AIDS coordinator for Seke, Florence Nyandoro said among teaching the sex workers, sexual and reproductive rights, they were also training them on financial education.

We also make sure that these women are trained in finance education so that they come up with income-generating programmes.

This model is also Key Affected Populations targeted at sex workers with the aim of reducing HIV and STI infections.

Nyandoro said the HIV prevalence rate in Seke district was 12.7%.