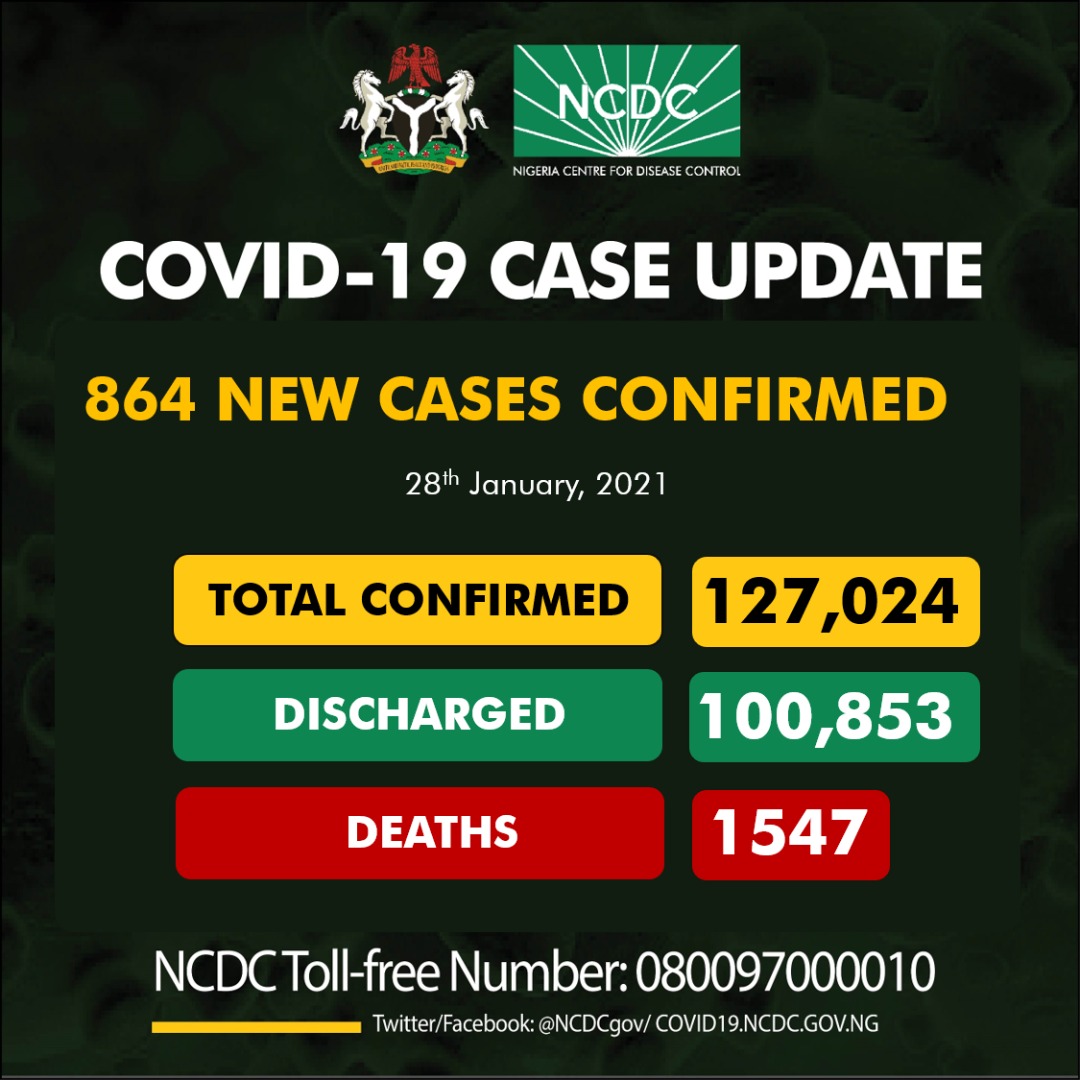 Nigeria Centre for Disease Control (NCDC) announced this in a post in the early hours of Friday.

According to the agency’s report, 129 cases were recorded in the FCT, 87 were recorded in Anambra, while Lagos State, which has been the epicenter of the virus in the country with a total of 46,935 cases, was omitted.

Three new deaths were also recorded from the last 24 hours.

On a positive note, however, 100,853 persons are said to have fully recovered from the virus.

NOTE:
-Today’s report does not include data from Lagos State

A breakdown of cases by state can be found via https://t.co/zQrpNeOfet pic.twitter.com/w3YJaYCvxi

As the virus surges on and calls for more testing intensify, the country is also looking to secure vaccines as soon as possible.

As at Thursday, the Minister of Health, Osagie Ehanire, said Nigeria had secured an additional 41 million doses of COVID-19 vaccines.

However, the delivery date for the vaccines remains unknown as manufacturers struggle to meet global demand in time.

The 41 million doses were secured as part of efforts by an African Union task team to help countries on the continent gain equitable access to vaccines.

AU earlier on Thursday had announced that it had secured an additional 400 million doses of the vaccines for the continent.

This comes on top of an earlier announcement by the AU that it had secured 270 million vaccine doses.

Many African countries, including Nigeria, are yet to start vaccination programs.

Nigeria was expected to take delivery of 100,000 vaccine doses via the WHO-backed Covax sharing facility by the end of January, but the timeline has now been shifted to February, Minister Ehanire also confirmed on Thursday.

Cases top 100 million Globally
At least 2,176,000 people have died of coronavirus across the world since the outbreak emerged in China in December 2019, an AFP tally from official sources said on Thursday night.