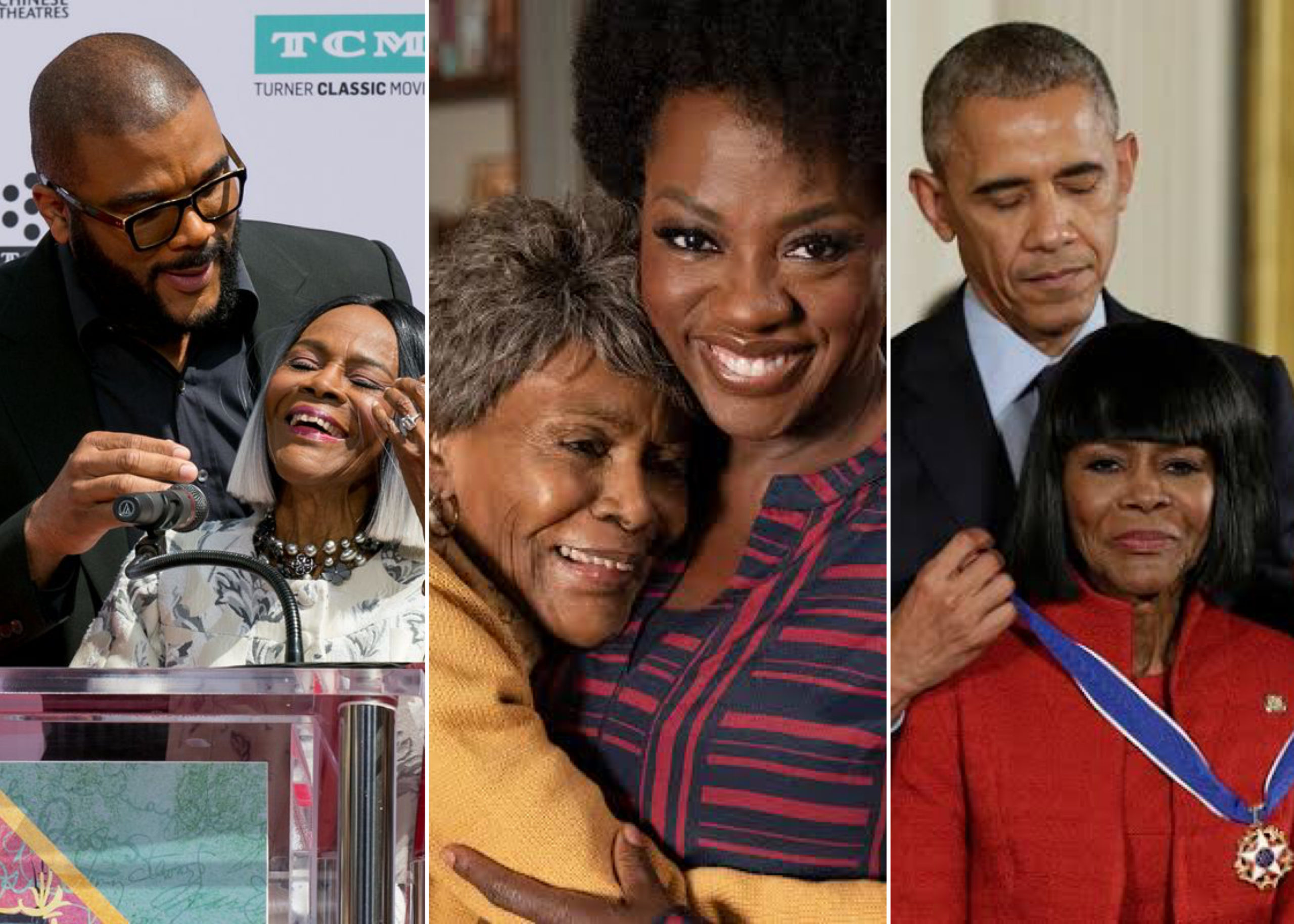 Death of renowned actress Cicely Tyson on Thursday has drawn an outpouring of grief and an array of tributes from Hollywood and beyond.

The actress and cherished icon, who was first Oscar-nominated for 1972’s “Sounder” and 45 years later was honored with an honorary golden statuette for her body of work, died yesterday at 96, her manager Larry Thompson announced.

With heavy heart, the family of Miss Cicely Tyson announces her peaceful transition this afternoon. At this time, please allow the family their privacy.

Mourning the actress, American filmmaker, Tyler Perry said the news of Tyson’s death “brought me to my knees.”

In an emotional tribute on his Instagram page, he explained that he received the news from Oprah Winfrey while coincidentally watching Tyson’s 1974 television film “The Autobiography of Miss Jane Pittman“.

I was sitting at the table working when I got this overwhelming feeling to watch ‘Miss Jane Pittman.’ I hadn’t seen the movie in years. I didn’t even understand the feeling to turn it on, but I did anyway. Not 12 minutes into the movie my phone rang. It was Oprah calling to tell me that Cicely had died.

Perry opened up about his close relationship with Tyson, saying she was the “grandmother I never had.”

To think that she lived for 96 years and I got to be a part of the last 16 brings me great joy. She called me son. Well, today your son grieves your loss and will miss our long talks, your laughter from your belly, and your very presence. Always so regal, always so classy, always a lady, always a queen.

Winfrey shared a picture with Tyson from 2005’s Legends Ball, a celebration of “remarkable Black women,” including Tyson, Maya Angelou, Aretha Franklin, Toni Morrison and Rosa Parks, “who carved a path and built a bridge for me and generations to follow”.

Cicely decided early on that her work as an actor would be more than a job. She used her career to illuminate the humanity of Black people. The roles she played reflected her values; she never compromised. Her life so fully lived is a testimony to Greatness.

The passing of Tyson, who played the mother of Viola Davis‘ character on the Shonda Rhimes-produced “How to Get Away with Murder,” also devastated the Oscar-winning actress, who shared a touching photo of the pair on Instagram.

I’m devastated. My heart is just broken. I loved you so much!! You were everything to me! You made me feel loved and seen and valued in a world where there is still a cloak of invisibility for us dark chocolate girls. You gave me permission to dream….because it was only in my dreams that I could see the possibilities in myself. I’m not ready for you to be my angel yet. But…I also understand that it’s only when the last person who has a memory of you dies, that you’ll truly be dead. In that case, you will be immortal. Thank you for shifting my life. Thank you for the long talks. Thank you for loving me. Rest well.

Ava DuVernay, who directed Tyson in the 2020 TV series “Cherish the Day,” offered poetry in her Instagram tribute, which was accompanied by a picture of her hugging Tyson.

Your hugs I’ll remember. How your petite arms wrapped around me like mighty branches of a sunlit tree, strong and warm. Your laugh I’ll remember. How it came easily and heartily and sounded like good music. Your work I’ll remember. How your brave portrayals transformed the way the world witnessed Black women, whether they could accept what you shared or not. Your words I’ll remember. How each time I hung up the phone, I’d write them down so as not forget the precious jewels of encouragement and wisdom you’d gifted me. Your love I’ll remember. You loved me for some reason. You told me so often. I thank you for that forever and I’ll carry your love with me as I go.

See other tributes from Hollywood celebrities, world leaders and fans below;

What struck me every time I spent time with Cicely Tyson was not necessarily her star power—though that was evident enough—it was her humanity. Just by walking into a room, she had this way of elevating everyone around her. pic.twitter.com/o6VAV63wqd

In her extraordinary career, Cicely Tyson was one of the rare award-winning actors whose work on the screen was surpassed only by what she was able to accomplish off of it. She had a heart unlike any other—and for 96 years, she left a mark on the world that few will ever match. pic.twitter.com/JRsL3zlKtP

Honoring the life of the legendary Ms. Cicely Tyson, a queen who graced the world with her beauty, strength and talent. Grateful for her legacy and for the chance to read her unvarnished truth. Rest In Power❤️ pic.twitter.com/To5i88D7ZF

We are privileged to have had the legendary Miss Cicely Tyson lend her talent and grace to How to Get Away with Murder. She brought her whole heart to her role as Ophelia Harkness, just as she did to everyone she met in life. Her HTGAWM family will miss her terribly. pic.twitter.com/7t6p7zT1EN

Cicely Tyson lived! That woman lived so well, she was an inspiration to so many. In the end, I want to be able to say “I lived”, I emptied myself.
Rest in power Queen😔💔🕊 pic.twitter.com/me0iLHtcNz

Though saddened by legendary actress Cicely Tyson’s exit from the stage of life at 96, we find immense solace in the fact that her life enriched hours in ways we will never forget. Heartfelt condolences to loved ones. #RIPCicelyTyson pic.twitter.com/qtLIldv9ly

When President Shehu Shagari visited the US in October 1980, Cicely Tyson (who died yesterday, aged 96) took part in the White House Banquet in his honour. She read from his book of poetry, Wakar Najeriya.

Wow. One of my favourite actresses Cicely Tyson just passed at 96. Despite her age it came as a shock because she‘a been around for so long😢. Graceful and sharp till the end. Will miss her so much on the screens. Rest well ma’am. 🤍🖤 pic.twitter.com/4KoSchhSHA

Sammie Okposo: Here Is How Celebrities Commiserate Demise Of…

EPL Players To Pay Tribute To Prince Philip At All League…