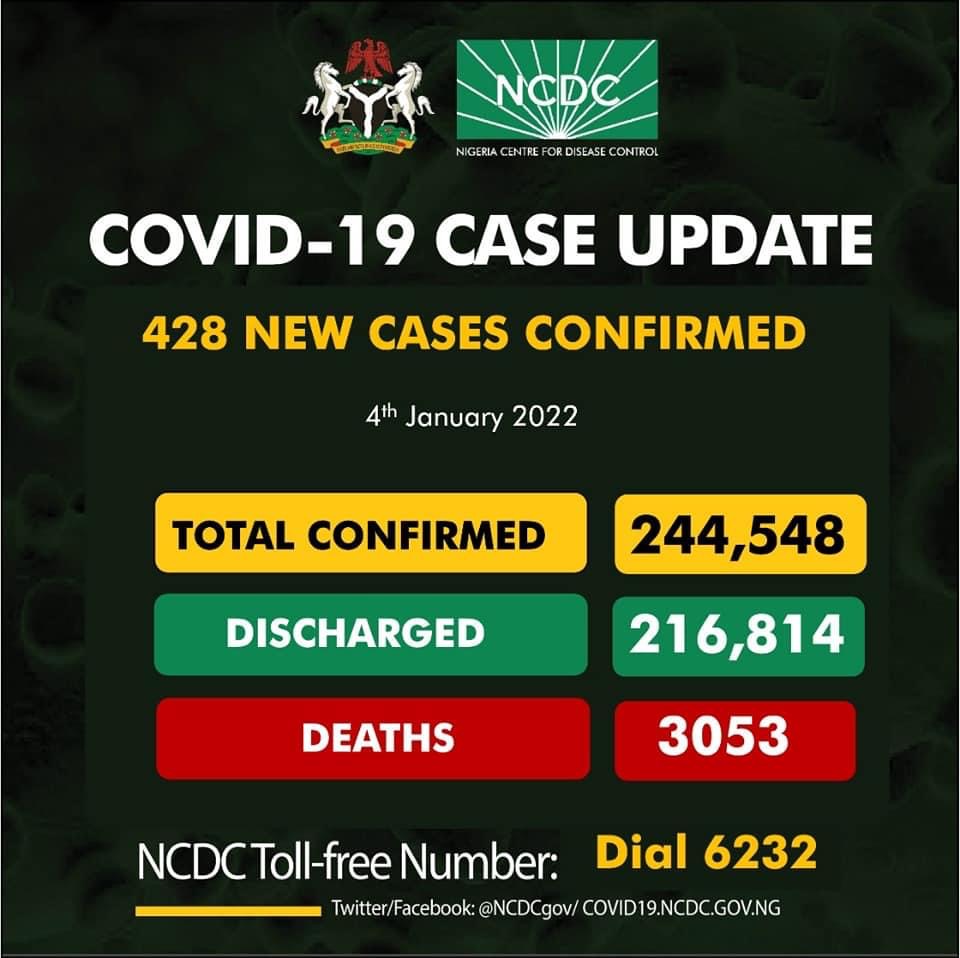 Nigeria has recorded eight additional fatalities from the coronavirus pandemic on Tuesday, with 428 cases reported across 13 states of the federation and the Federal Capital Territory (FCT).

The latest statistics released by Nigeria Centre for Disease Control (NCDC) on Tuesday night, shows that the new confirmed cases raised Nigeria’s infection toll to 244,548, while the fatality toll now stands at 3,053.

The new data by the disease centre, which shows a decline in the number of infections, does not include an update from Lagos State, Nigeria’s coronavirus epicentre.

While NCDC gave no reason why Lagos could not provide its statistics, Rivers State topped the infection chart with 188 fresh cases.

The data also shows that a total of 24,681 people are still down with the illness, while 216,814 people have been successfully treated and discharged nationwide.

The disease centre also noted that Imo State reported a backlog of 231 discharges for January 3, 2022, including community discharges.

Apart from Rivers State, Ondo State and the FCT followed on the infection log with 54 and 42 cases.

Ogun and Osun states in the South-west reported 14 and 10 cases respectively, while Kano State reported a backlog of seven cases for January 3, 2022.

NCDC noted that Bauchi and Sokoto reported that they recorded no cases on Tuesday.