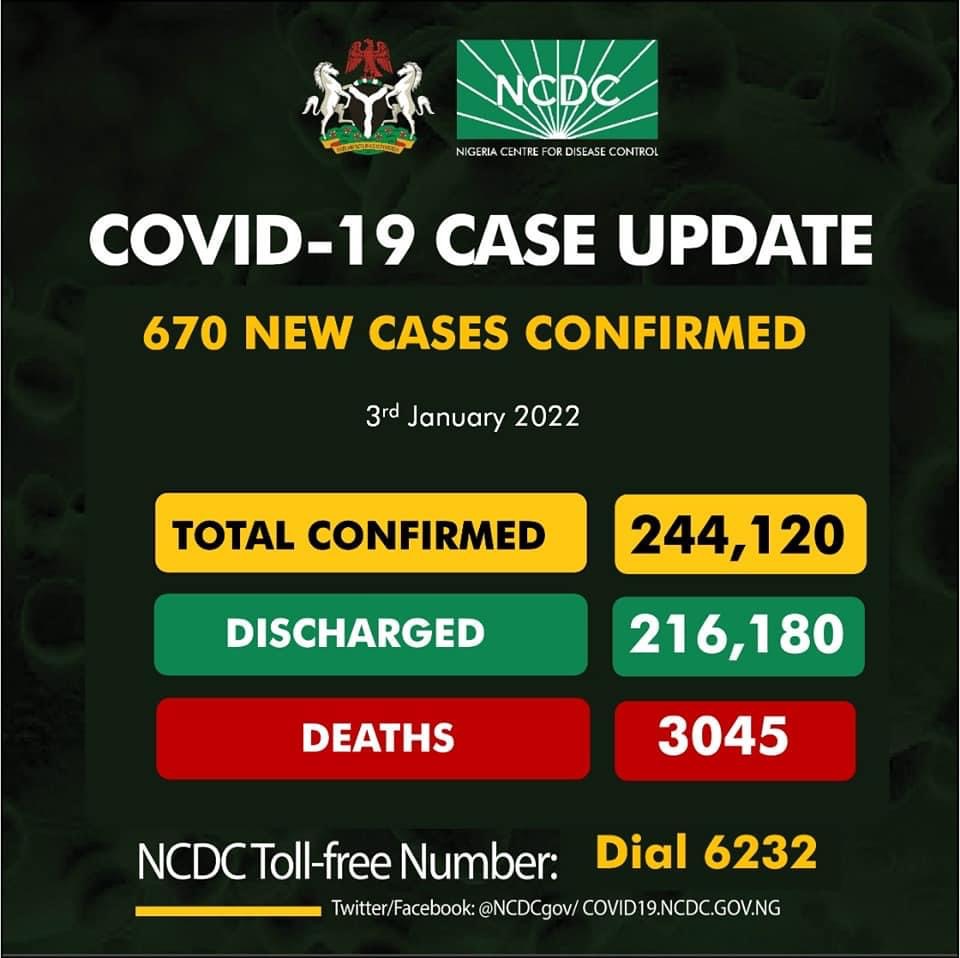 Nigeria has recorded six more fatalities from the coronavirus pandemic with 670 new cases confirmed across 10 states of the federation and the Federal Capital Territory (FCT).

This was contained in an update shared on the Facebook page of the Nigeria Centre for Disease Control (NCDC) on Wednesday morning.

With the new confirmed cases, Nigeria’s fatality toll now stands at 3,045, while the infection toll has increased to 244,120.

The disease centre noted that the FCT reported four deaths with 120 cases for January 2 and 3, 2022.

The country recorded six deaths 24 hours earlier, as a backlog of cases from Borno State, for December 22 to 28, 2021.

According to NCDC data, 216,180 people have been successfully treated and discharged nationwide, while 24,859 are currently still infected across the country.

Aside Kaduna State and the FCT, the further breakdown of the NCDC data shows that Lagos State, the epicentre of the disease, topped the infection chart with 277 fresh cases.

Kwara State followed on the log with 20 cases; Abia, 14; Rivers,11; while Gombe and Katsina States reported nine cases each.

NCDC noted that Plateau and Sokoto States reported that they recorded no cases on Tuesday.