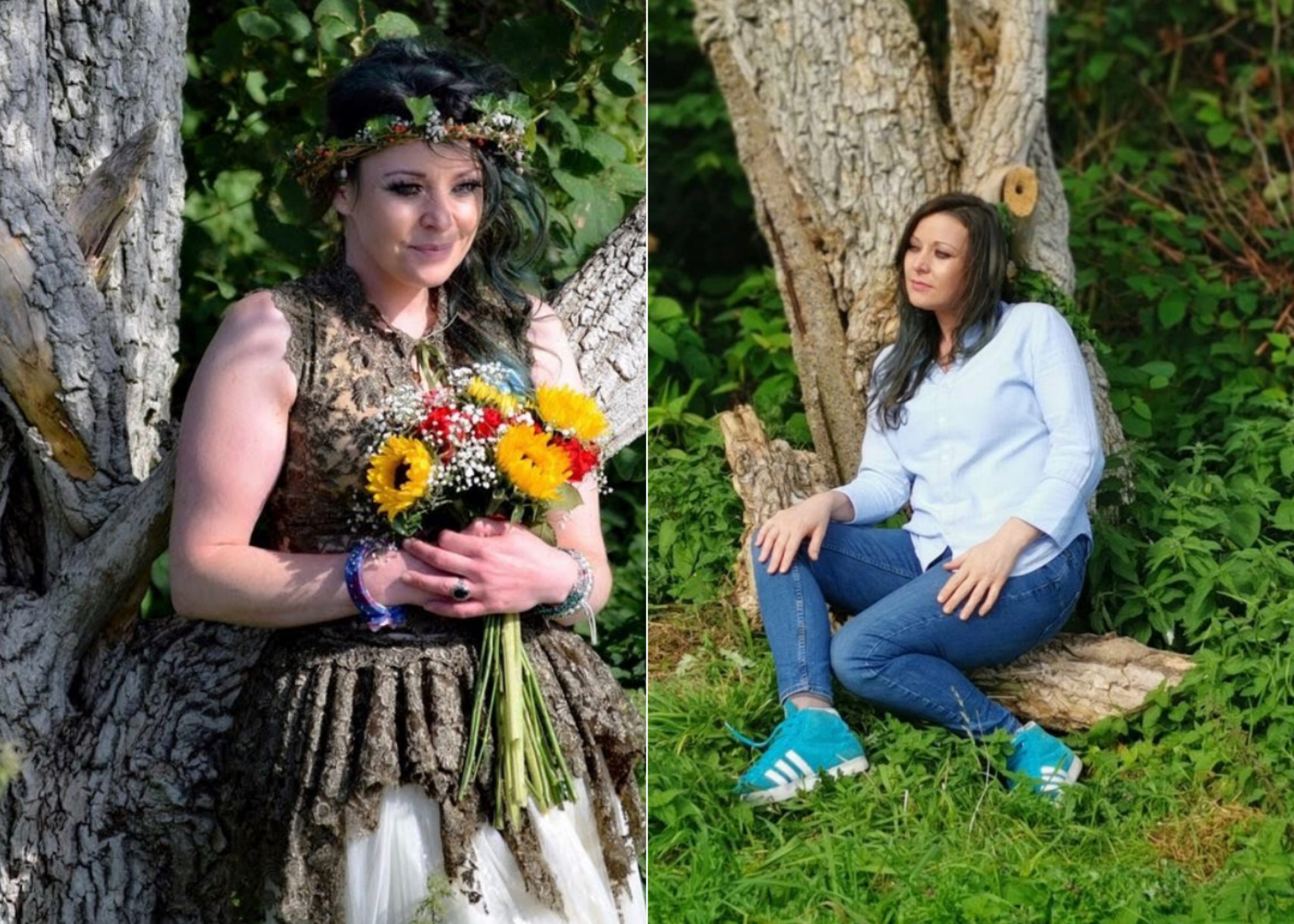 A 38-year-old woman, Kate Cunningham, who ‘married’ an Elder tree has celebrated their first year marriage at Sefton, Merseyside in England.

The mother-of-two, said being married to the tree at Rimrose Valley country park in Sefton, is the best decision she has ever made.

Speaking about her rather strange decision, the Briton said;

Trees will always come first. They do keep us alive. Despite causing a little bit of embarrassment for my 15-year-old, he sees the bigger picture now and understands what it’s for.

The woman who has now changed her name to Elder expressed;

It’s something which has made me feel a bit more confident about myself. I don’t care about what anyone else says. Marrying the tree has given me a new purpose.

I’ve changed my name to Elder. So even that gives me a whole new feeling. It fits in with married life as well, I feel like a changed person.

The ceremony was attended by dozens and the local musician and a poet performed.

Her marriage was influenced by a Mexican female activists who held similar ceremonies as a form of protest to raise awareness of illegal logging and land clearing.

Kate said she hope the tactics would help attract attention to the campaign to save Rimrose Valley Country Park from being transformed into a bypass by Highways England – a government company charged with operating, maintaining and improving England’s motorways and major roads.

Local residents campaigned to halt the new three-mile bypass meant to ease traffic congestion through Rimrose Valley and into the Port of Liverpool.

The new dual carriageway would ruin the park, create traffic related noise and pollution, they alleged.

The proposed work, which was due to start in spring 2020, has been delayed due to the COVID-19 outbreak.

Cunningham has called for an annual ‘Marry A Tree Day’ and encouraged more Brits to wed their local shrub.

Not once have I thought that I shouldn’t have done it. It’s something that I feel like happened at the right time.

One day I was looking around tree hunting. I was like ‘oh yeah nice, nice, nice’ as I looked at the oaks, but as soon as I saw the elder, I thought ‘that’s the one’. “It doesn’t look like anything else around.

This one [the elder tree] stood alone amongst the tree. Often I like to talk to the tree, I say hello and thank you for your good energy. I just feel like trees are people.

You know if you feel attracted to someone or smile at them as you walk past, there’s just a natural attraction.

Trees and flowers are the same. I like the story behind the elder tree. 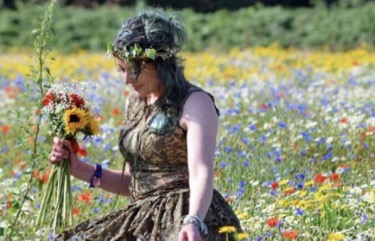 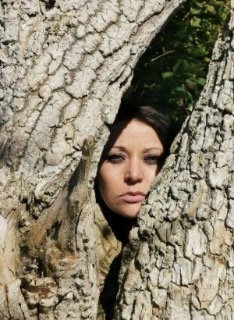 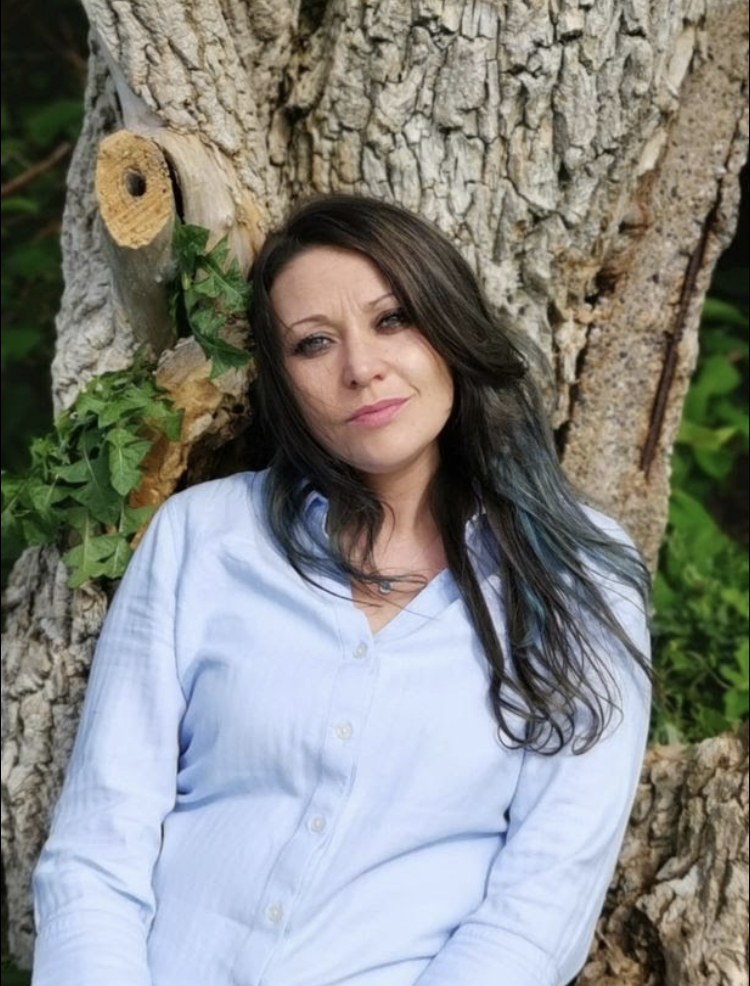 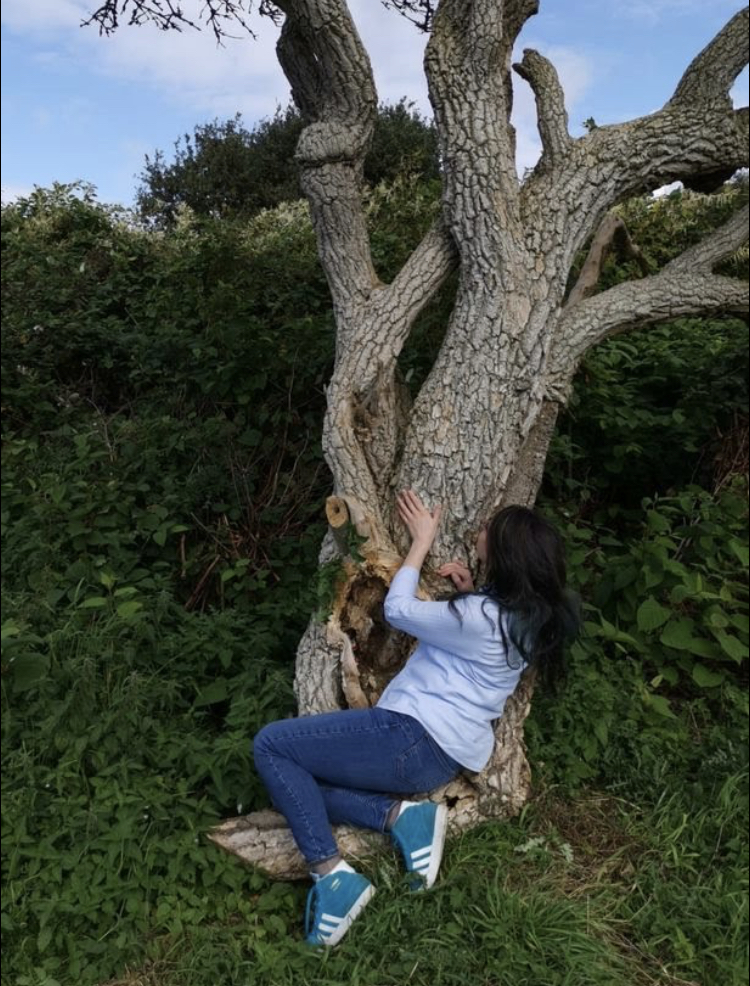 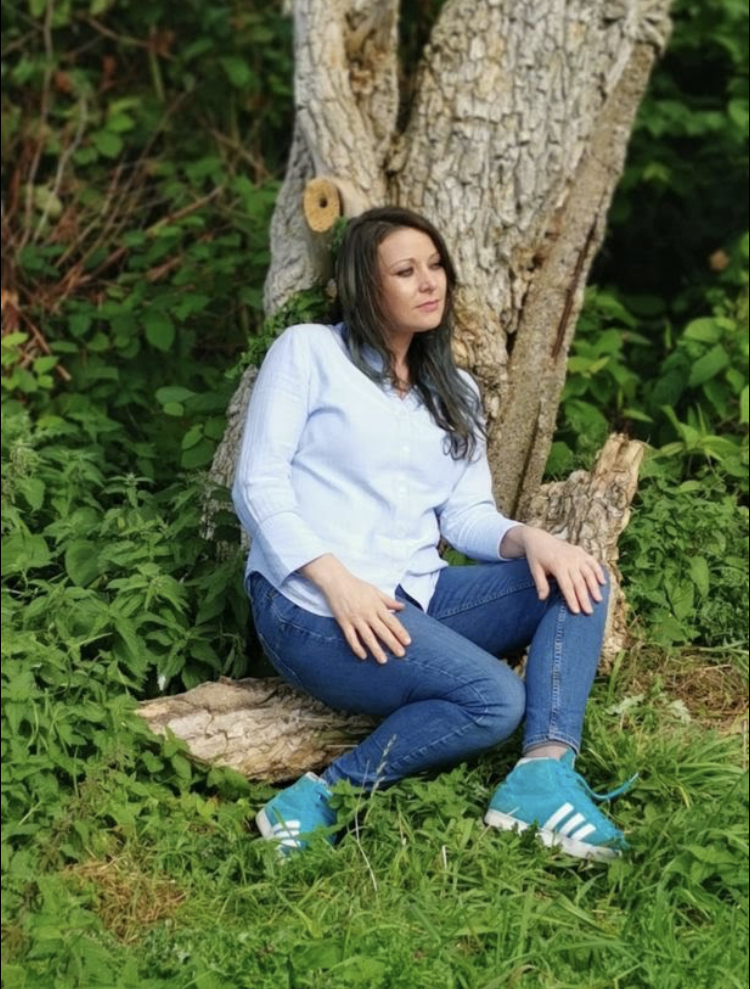 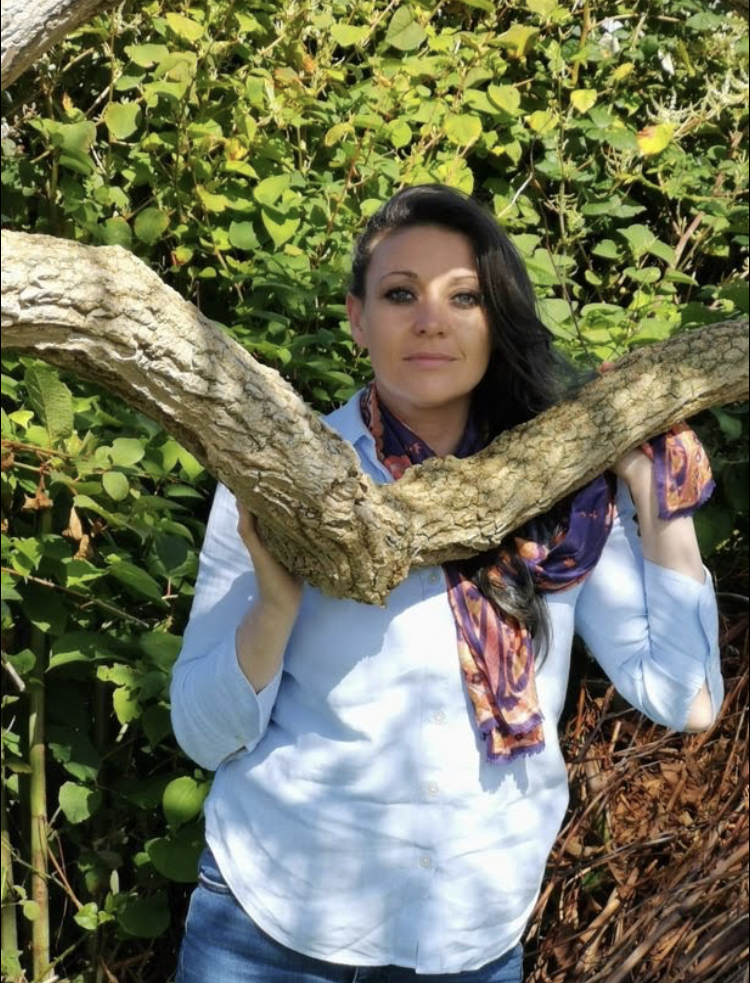