US Congressman And Civil Rights Icon, John Lewis, Is Dead 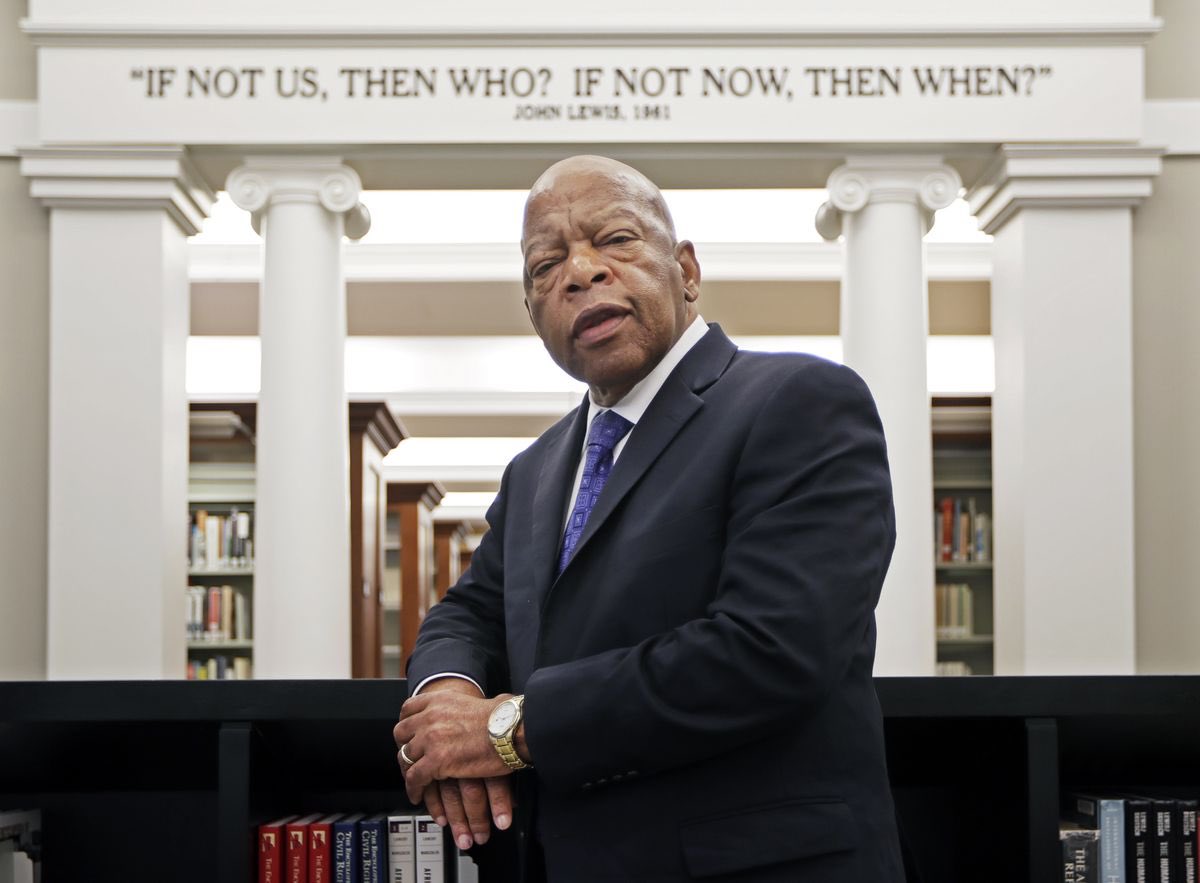 John Lewis, the civil rights hero and US Democratic congressman, has died at the age of 80.

Lewis was known as “good trouble” for standing up against racial injustice to forge a better United States.

He was the son of sharecroppers from Alabama that became a prominent leader of the civil rights movement in the 1960s.

A founding member of the Student Nonviolent Coordinating Committee, he became its chair in 1963.

Lewis was the youngest member of one of the “Big Six” civil rights, which included Martin Luther Ling Jr, who helped organize the historic 1963 march on Washington, where King delivered his “I have a dream” speech.

The African-American icon marched with Martin Luther King Jr, was nearly beaten to death by police, and later as a sitting congressman was arrested multiple times for protesting genocide or leading immigration reform sit-ins.

Lewis was the last surviving speaker from the march.

Two years later, Lewis nearly died while leading hundreds of marchers across the Edmund Pettus Bridge in Selma, Alabama on a peace march to Montgomery when state troopers, seeking to intimidate those demonstrating for voting rights for black Americans, attacked protesters.

Lewis suffered a fractured skull that day, which would become known as “Bloody Sunday.”

As a congressman, he was a Georgia Democrat, and represented an area which covered most of its capital Atlanta.

His fights for justice helped define an era, and moral authority as an indomitable elder statesman left a permanent imprint in Congress.

He was diagnosed with stage 4 pancreatic cancer in late 2019.

Democratic Speaker of the House Nancy Pelosi confirmed Lewis’s death in a statement posted on her website and on social media.

She wrote that Lewis “was a titan of the civil rights movement whose goodness, faith and bravery transformed our nation”, and that as a congressman he was “revered and beloved on both sides of the aisle and both sides of the Capitol”.

Every day of John Lewis’s life was dedicated to bringing freedom and justice to all. As he declared 57 years ago during the March on Washington, standing in the shadow of the Lincoln Memorial: ‘Our minds, souls, and hearts cannot rest until freedom and justice exist for all the people.’

How fitting it is that even in the last weeks of his battle with cancer, John summoned the strength to visit the peaceful protests where the newest generation of Americans had poured into the streets to take up the unfinished work of racial justice.

Today, America mourns the loss of one of the greatest heroes of American history.

Fifty years later in 2015, he walked across the bridge arm in arm with former US president Barack Obama, the nation’s first black president, to mark the anniversary of the Selma to Montgomery march.

Obama presented “Good Trouble” with the Medal of Freedom, among the nation’s highest civilian honors, at a White House ceremony in 2011.

Lewis had stepped away from his congressional duties in recent months as he underwent treatment for cancer.

He clashed with President Donald Trump on multiple occasions — boycotting his inauguration and citing Russian interference in the 2016 election to question his legitimacy.

He returned to Washington in early June, in the midst of fiery demonstrations following the police killing of George Floyd in Minneapolis, to walk in Black Lives Matter Plaza, the renamed intersection near the White House that was the site of protests against injustice.