The Cathedral In Lugard House: Another Inclusive Governance Push 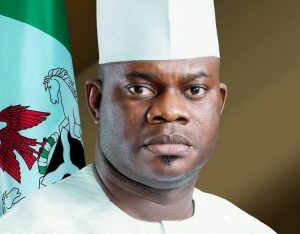 Kogi State is not only a convergence of Rivers Niger and Benue, which in any case, is where the state got its conventional appellation ‘Confluence State’ from; it is also a convergence of many distinct tribes and tongues that have been cohabiting in relative harmony since the state was decreed into creation many moons ago via military fiat.

It is noteworthy also to note that beyond these many tribes, tongues and languages is diversity in religions which has not been given the usual symbolic recognition it should ordinarily command in the Lugard House, the State Government House in Lokoja, as seen in many other states of the federation which share the same religious heterogeneity with Kogi State.

Kogi is home to many religions, but the two most dominant are Christianity and Islam. Although the state has enjoyed some religious harmony over the years, perhaps due to the elevated understanding of the people on the need to see religion as a personal thing, it needs be stated that none of the civilian governors who had ruled the state since 1991 ever thought of building a worship chapel for the Christians within the Government House. What could have triggered this serious oversight?

In a Government House where there is Mosque for the Muslims to observe their statutory prayers, why didn’t any governor in the past think of building a church alongside the mosque? What if a governor who professes Christianity had emerged within this period? I honestly cannot hazard any serious reason for the decades neglect. Any attempt to probe into the past for the monumental neglect may generate controversies which are clearly needless at this material time in the life of the state.

What is most important and auspicious at this time is that a Nehemiah has come to build the much needed chapel, if not for anything, at least to give the Christians in the state a deserved sense of belonging which will further solidify religious tolerance and remove any doubts about the superiority of one religion to the other in the state.

And do you know who the Nehemiah is? He is Governor Yahaya Bello, a man destined to achieve some unusual firsts only the discerning and supernaturally endowed can see in the annals of history of the state. It is often said that blessed is he who builds a monument of worship for God. Instances abound in the holy books of men of yore who got multiple benedictions for building a place of worship for God. Nehemiah is one typical example.

While the Tobiahs, the Samballats the Geshems and other naysayers of this world may see the new cathedral being built by Governor Bello in the Government House as a Greek Gift meant to hoodwink Christians in the state as the November gubernatorial election approaches, the truth is that there is never a right or wrong time to do what is good and proper. Governor Bello has done what’s proper and good and he will surely be rewarded for this, here and hereafter. After all, if a man sees a snake and a woman kills it, what is most important is for the snake to be killed. The gender of the killer is immaterial but it will still be said that a woman killed a snake while a man looked away!

The ongoing Christian chapel in the Government House reminds me of the hullabaloo that attracted the Igala Unity House facilitated by the Chief of Staff to the Governor, Edward Onoja. The usual feeble criticism was that it was meant to attract the sympathy the Igala to vote Bello for a second term in office. What these incurable cynics don’t seem to know is that governors come and go, the monuments they emplace for the benefit of mankind remain forever. The highest a governor can rule is 8years at most. The monuments stay much more.

Someday, if time and chance permit, I will write some other firsts Governor Bello has achieved in the last three years. I will tell the world about his visible achievements in restoring peace and stability to the state via his top-notch security measures. I will write about how he has given the youth a voice through strategic appointments into his cabinet. I will also talk about how he has given minority tribes the opportunity to also lead at the highest level. For now, it suffices to talk about the cathedral he is building for God in the Government House even while he is a Muslim by birth and by affirmation. This singular deed of his reminds me of the Imam in Plateau State who saved some Christians from being killed by some violent extremists.

While the Tobiahs, the Samballats, and the Geshems of this world rise up against the Nehemiah of Kogi State through cheap propaganda, sincere minds know that when the cathedral is completed, it will be a symbol of unity for Kogi people. And for students of history, it will be in record that at a time, one man stood up to right the wrongs of the past and that man is Governor Yahaya Adoza Bello.

Kogi Govt Threatens To Sue EFCC After Over Frozen State…