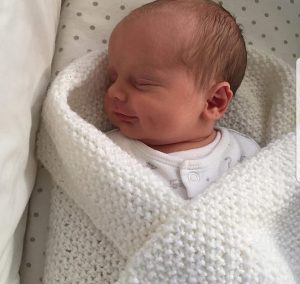 A 55 year old grandmother, Emma Miles, has given birth to her own grandchild – because her 31 year old daughter, Tracey Smith, was born without a womb.

Emma Miles, who already has two of her own children, gave the ultimate gift by offering to be a surrogate for her daughter , who feared she would never have a child of her own after being diagnosed with Mayer-Rokitansky-Küster-Hauser Syndrome (MRKH). 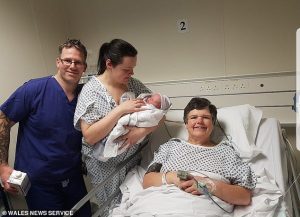 Because Mrs Smith’s ovaries still worked normally, she used IVF with her husband, Adam, 40, to create an embryo which was then implanted into Mrs Miles. 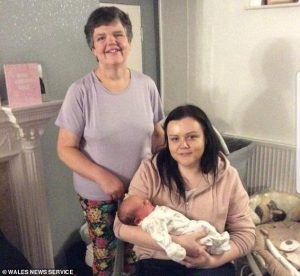 Even though Mrs Miles had already been through the menopause, she was able to be a surrogate because the baby was created from her daughter’s eggs. 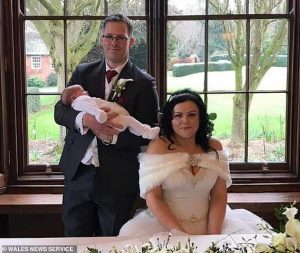 Her womb was healthy enough to carry a child, though she needed to shed six stone (38kg) to reach a healthy weight and needed hormones to ensure the pregnancy took. 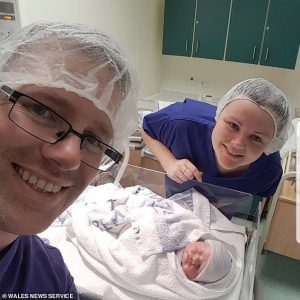 Mrs Miles – a supermarket worker – gave birth to Evie Siân Emma Smith on January 16. She was healthy and weighed 7lbs 7oz, though she was born by caesarean section because Mrs Miles’ natural labour was taking too long.
Mrs Smith said: ‘Every moment of heartache was so worth it just to have our little bundle in our arms. I am so grateful to mum for her amazing gift to us’

Continue Reading
You may also like...
Related Topics:Grandma, Surrogate