By Edna Wande Last updated Jun 17, 2022
0
Share
Ripley’s Believe It Or Not! has denied a viral social media claim that Kim Kardashian damaged iconic Marilyn Monroe’s dress when she wore it to the Met Gala last month.

The organisation that owns the dress is an American franchise which deals in bizarre events and items so strange and unusual that readers might question the claims. 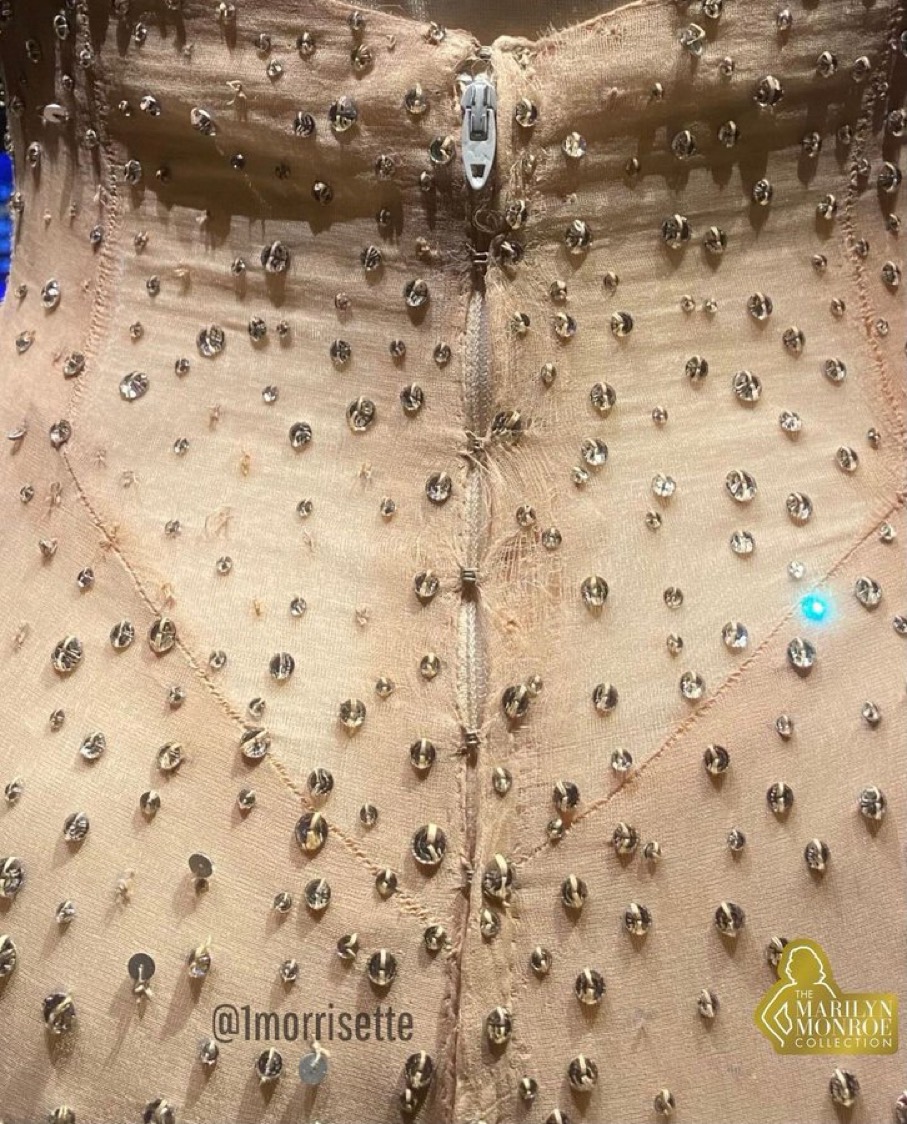 Recall that the reality TV star and entrepreneur rocked the dress worn by late actress and singer, Marilyn Monroe, at fashion’s biggest night, the Met Gala 2022.

Monroe wore the same dress on May 19, 1962, when she sang at the birthday party of then US President, John F. Kennedy at a celebration of his 45th birthday, 10 days before the actual date (May 29).

According to Ripley’s, a report on the dress’ condition from 2017 said that it was in less than perfect condition.

The organisation stated that “a number of the seams” were “pulled and worn” and “there is puckering at the back by the hooks and eyes, among other damage.”

Ripley’s said Kardashian did not pay the organization to wear the dress and donated to Orlando-based charities on behalf of the company.

Kardashian only wore the dress outside the Metropolitan Museum of Art during the red carpet photo op portion of the gala, and changed into a replica for the rest of the evening.

Amanda Joiner, Ripley’s VP of publishing and licensing, who was with the dress while it was being transported from Florida to New York and while Kardashian was wearing it, said the dress’ condition remained unchanged “from the bottom of the Met steps, where Kim got into the dress, to the top where it was returned.”

The fact remains that she did not, in any way, damage the garment in the short amount of time it was worn at the Met Gala.

Photos on social media went viral this week after being shared by collector Scott Fortner, according to fashion watchdog Instagram account Diet Prada.

The photos, which were taken by someone who allegedly saw the dress on display after Kardashian wore it, appeared to show a change in the dress’ condition compared to a photo of it from 2016.

In the current photo there appear to be new puckers at the dress’ back zipper and some tearing.

Ripley’s and Kardashian have come under fire since she wore the dress, with some believing a historic artifact should not be leant out to wear, even briefly.

Marilyn Monroe’s iconic dress has reportedly been damaged after being worn by Kim Kardashian at the Met Gala.

The dress now shows signs of tearing, and several crystals are either missing or hanging off of it. pic.twitter.com/cFu1lUBmzS

These photos of the damage done to Marilyn Monroe’s dress before and after it was worn by Kim Kardashian at the Met Gala… I need to go lay down pic.twitter.com/63QwC8l10J

Bob Mackie, the designer who drew an initial sketch for the Jean-Louis gown, told Entertainment Weekly it was a “big mistake” to allow the reality star to wear it, adding that; “Nobody else should be seen in that dress.”

Kardashian said she lost 16 pounds to fit into the gown. “I’m extremely respectful to the dress and what it means to American history,” she told Vogue before she wore it.

I would never want to sit in it or eat in it or have any risk of any damage to it and I won’t be wearing the kind of body makeup I usually do.

After the gala, Kardashian wore another one of Monroe’s dresses, which the actress wore to the 1962 Golden Globes, which she wore for a quick photoshoot in her hotel room.