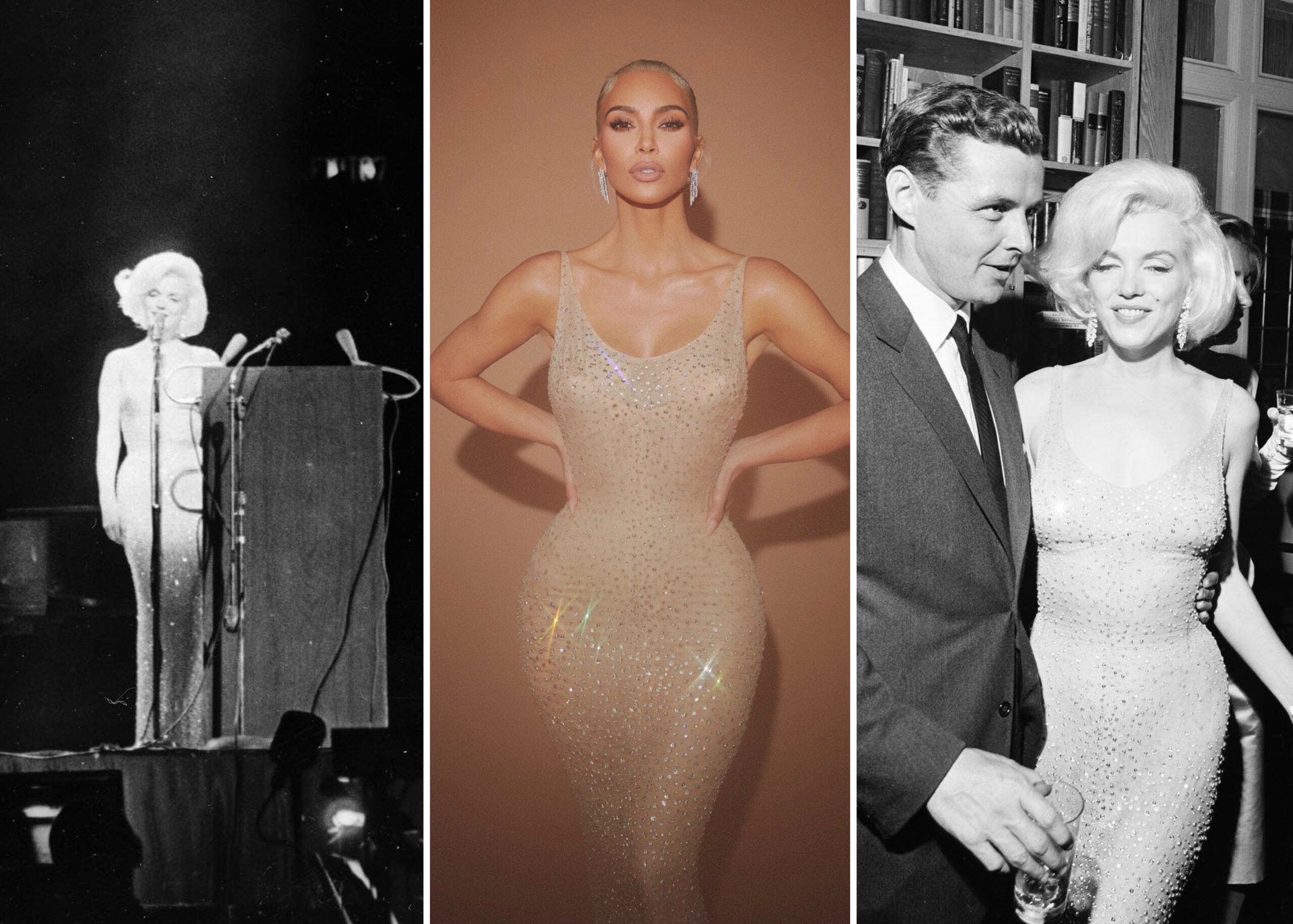 Monroe wore the same dress on May 19, 1962, when she sang at the birthday party of then US President, John F. Kennedy at a celebration of his 45th birthday, 10 days before the actual date (May 29). 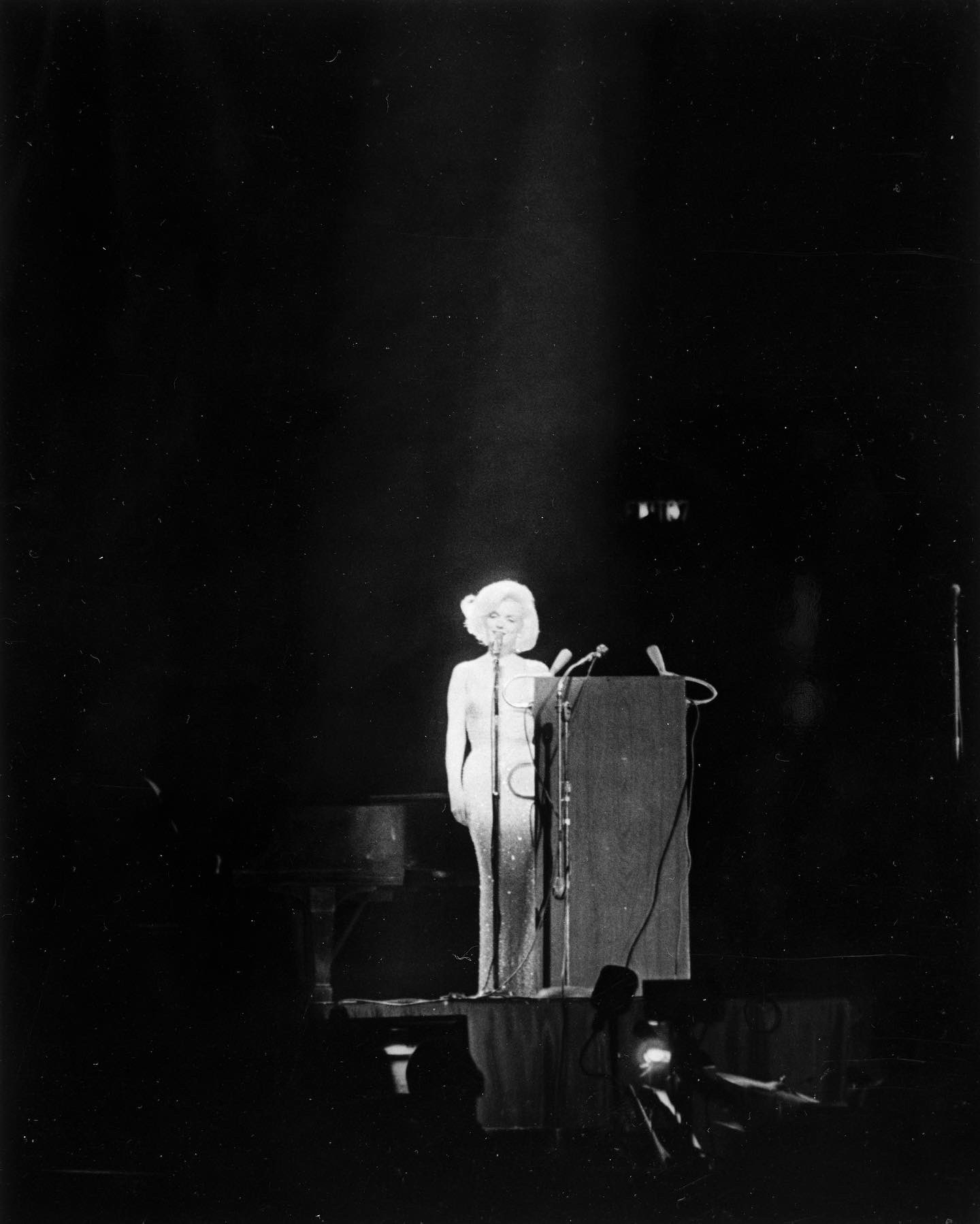 Monroe performing during JFK’s birthday party.The Met Gala, known for its high-profile guest list and extravagant ensembles, marks the opening of the annual fashion exhibition at the Metropolitan Museum of Art’s Costume Institute.

This year’s exhibition, In America: An Anthology of Fashion, inspired the gala theme of “gilded glamor”.

The Gilded Age, a period which spanned 1870 to 1890, was characterised by “unprecedented prosperity, cultural change, and industrialisation” in the city.

Kardashian’s interpretation of the theme came from “the most American thing you can think of”.

“And that’s Marilyn Monroe,” she told Vogue. “For me, the most Marilyn Monroe moment is when she sang Happy Birthday to JFK, it was that look.”

The stunning skin tight gown was adorned with over 6,000 hand-sewn crystals by costumier, Jean Louis.

Kardashian’s transformation into Monroe for the Met Gala carpet took more than rocking the Bob Mackie dress. “I did want a physical change too,” she told Vogue. 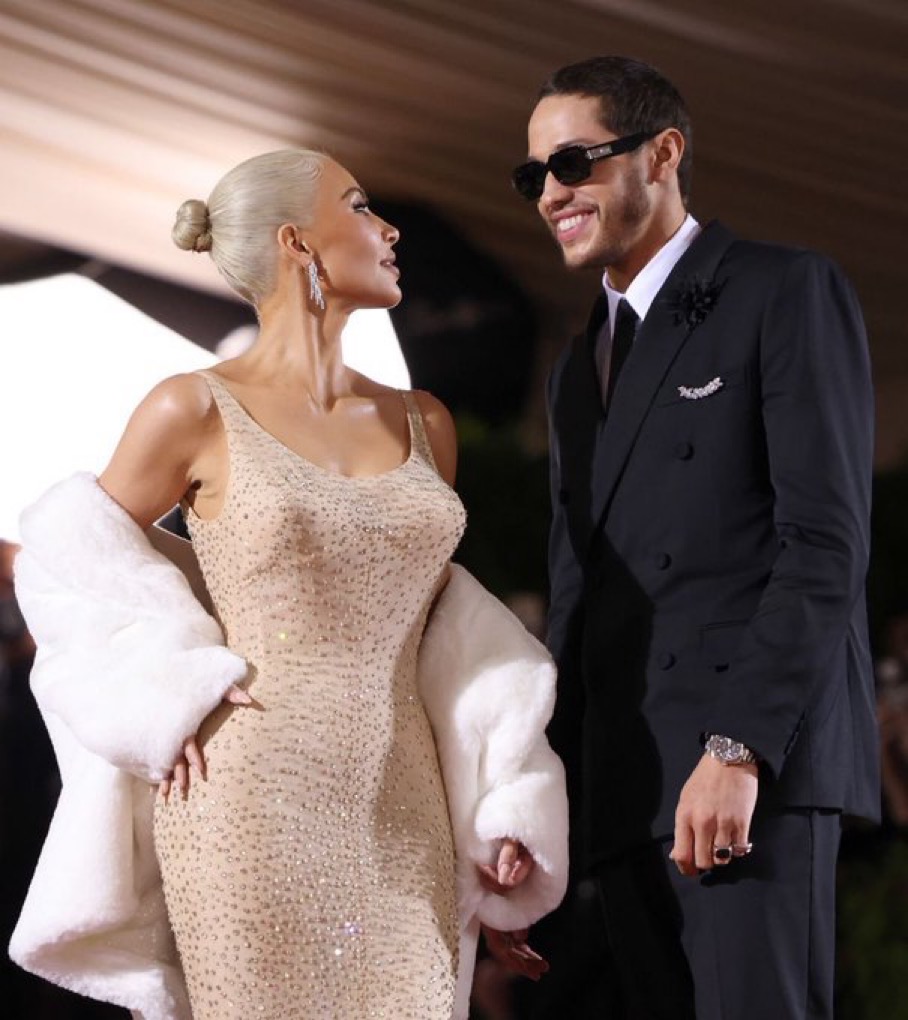 As well as bleaching her hair platinum blond, Kardashian said she lost 16 pounds (7kg) in less than a month to fit into the dress.

It was such a challenge. It was like a role. I was determined to fit this. I would wear a sauna suit twice a day, run on the treadmill, completely cut out all sugar and all carbs, and just eat the cleanest veggies and protein.

Acquiring the dress was a challenge, too. The piece sold in 2016 for $US4.8m and holds the record for the most expensive dress sold at auction, as reported by Vogue.

Now usually stored in a temperature-controlled vault at Ripley’s Believe It Or Not Museum in Orlando, Florida, the gown was transported to Kardashian’s home in Calabasas, California by private plane and accompanied by guards.

Kim Kardashian stepped on to the red carpet in the multimillion dollar-gown topped by a white fur shawl. 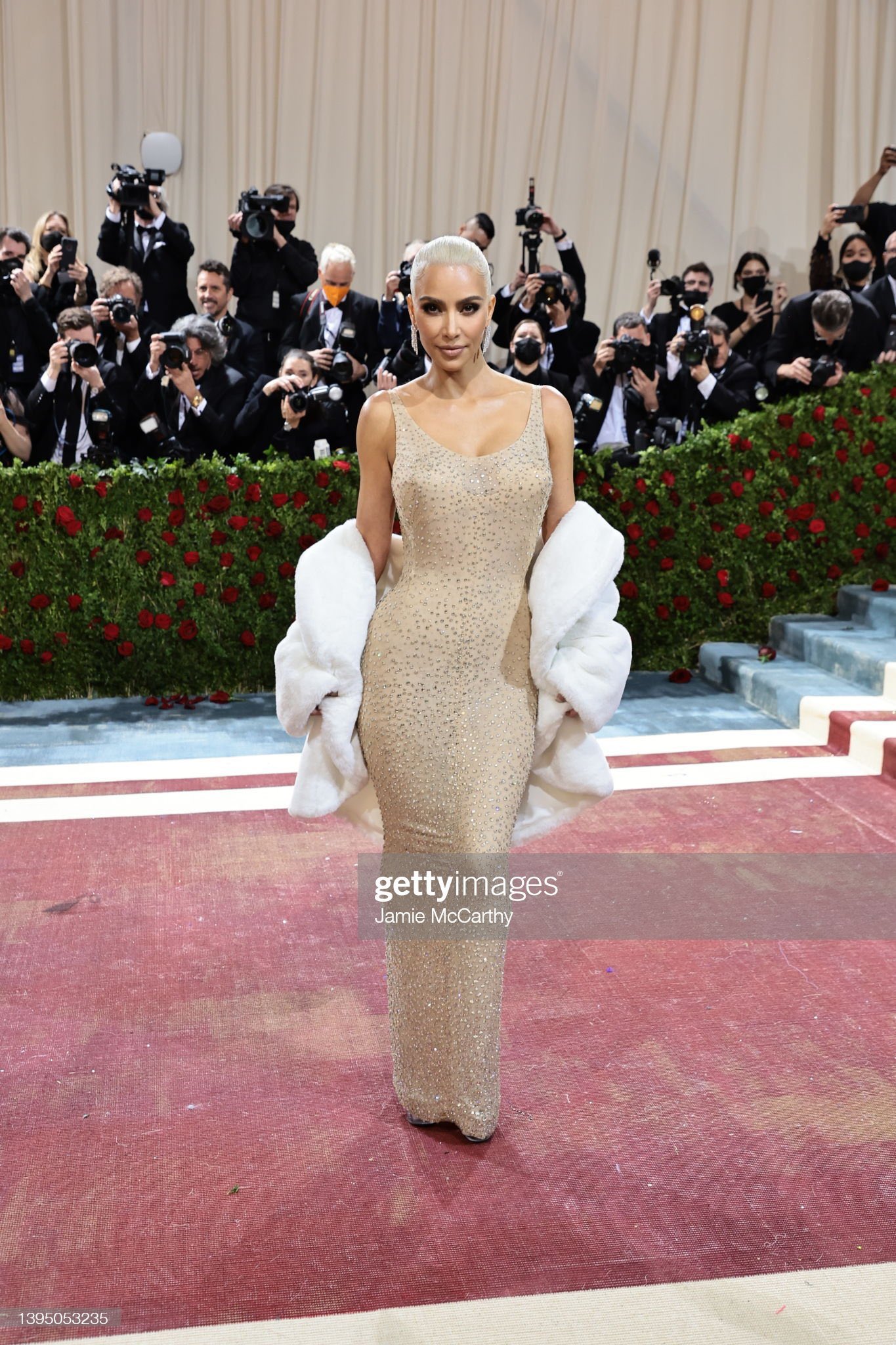 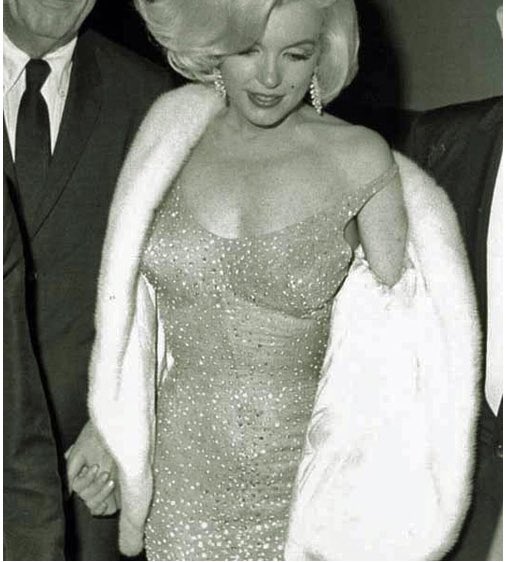 With her newly bleached hair slicked into a bun, she made a Met Gala debut with her partner, Pete Davidson. The comedian wore a black suit and sunglasses. 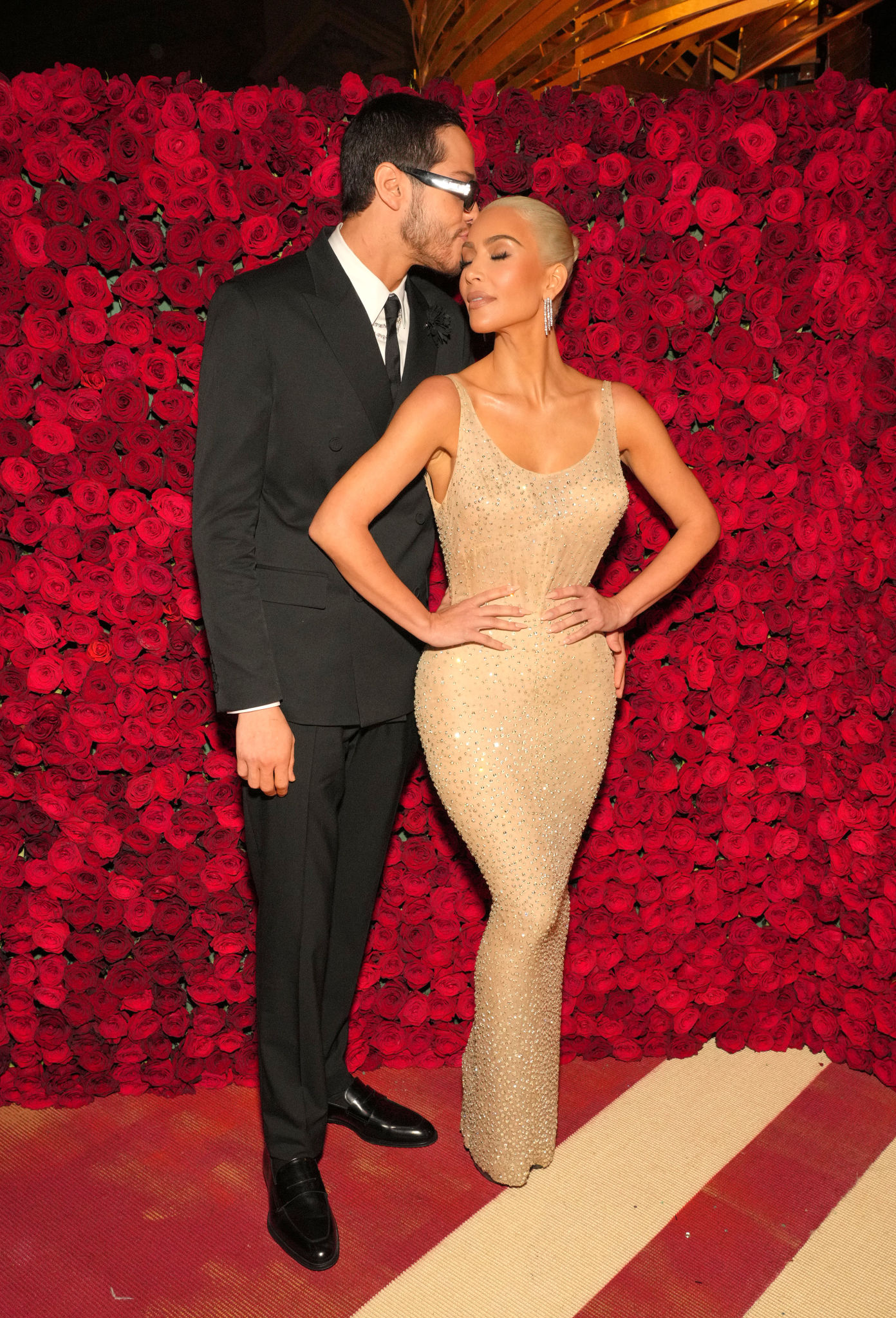 Sharing her excitement about wearing the historic piece, Kardashian took to her Twitter page early Tuesday to give an exposé on the dress. 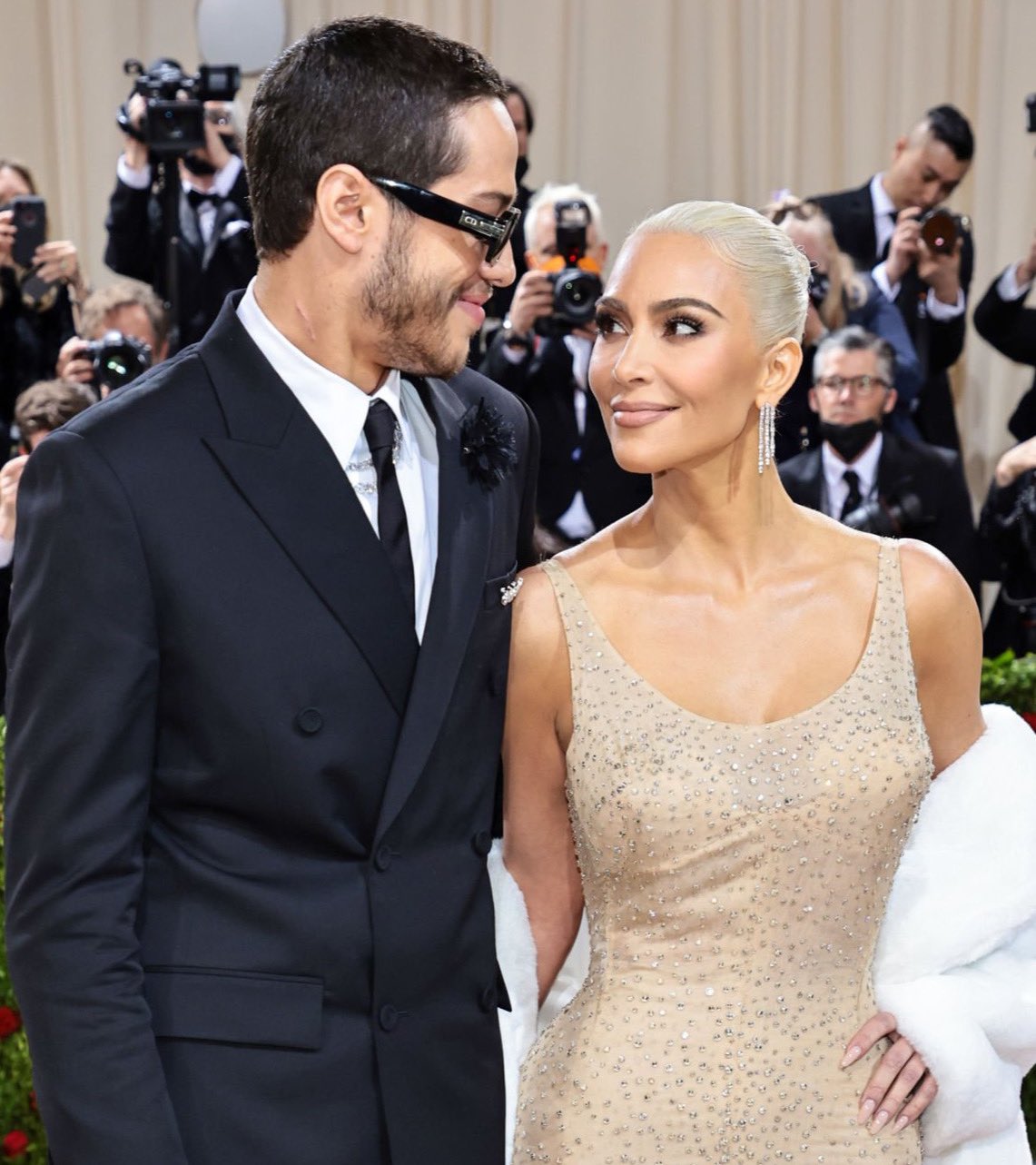 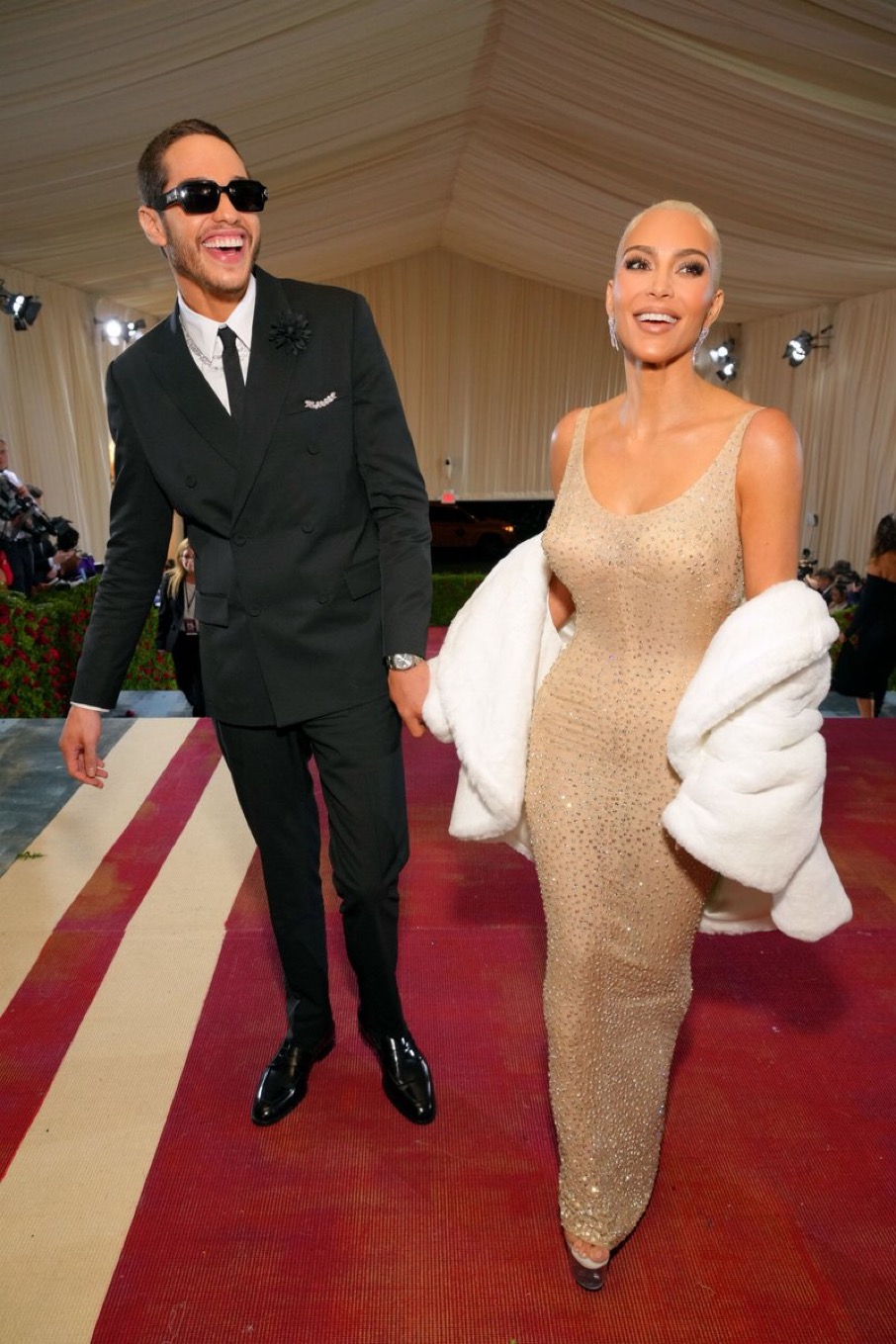 Met Gala — In America: An Anthology of Fashion

I am so honored to be wearing the iconic dress that Marilyn Monroe wore in 1962 to sing “Happy Birthday” to President John F. Kennedy. It is a stunning skintight gown adorned with more than 6,000 hand-sewn crystals by Jean Louis.

Met Gala — In America: An Anthology of Fashion

I am so honored to be wearing the iconic dress that Marilyn Monroe wore in 1962 to sing “Happy Birthday” to President John F. Kennedy. It is a stunning skintight gown adorned with more than 6,000 hand-sewn crystals by Jean Louis. pic.twitter.com/o9auAd2tF8

Thank you Ripley’s Believe It or Not! for giving me the opportunity to debut this evocative piece of fashion history for the first time since the late Marilyn Monroe wore it. I am forever grateful for this moment. ✨🕊 pic.twitter.com/XiXNclCEgB

The Met Gala ball which traditionally holds every first Monday in May, returned as scheduled this year.

While the event could not be held in 2020, it was postponed to September in 2021 due to COVID-19 restrictions.