Extradition: Abba Kyari To Know His Fate On August 29 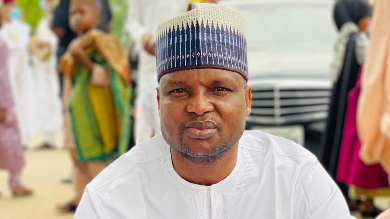 Justice Inyang Ekwo of the Federal High Court Abuja has fixed August 29 for judgment in a suit seeking to extradite a suspended Deputy Commissioner of Police DCP, Abba Kyari to the United States of America for trial on alleged internet fraud.

The Judge fixed the date after taking arguments for and against the suit by the parties involved.

Kyari whose arguments were presented by a Senior Advocate of Nigeria (SAN), Nureni Jimoh asked the court to refuse the extradition request on the ground that he committed no offence to warrant the Federal Government taking him to the United States of America.

The suspended Police Chief informed the court that more than a year before his arrest, he had written the Attorney General of the Federation (AGF), Abubakar Malami and the Inspector General of Police (IGP), Usman Alkali Baba notifying them that he had opened a channel of communication with a suspected internet fraudster, Ramon Abass.

In the two letters tendered in court, Kyari explained that the purpose was to give confidence to the suspected fraudster and lure him to come to Nigeria where an ambush was already laid for a sting operation by his own strike force.

Besides, he informed the court that American authorities once commended him for the commitment he was exhibiting in the battle against internet fraud.

Kyari further told the court that the wire fraud charge brought against him by the American government is not known as an offence under Extradition Act and therefore, should not be allowed by the court to be used to extradite him.

Counsel to the Federal Government, Pius Akuta urged the court to discountenance the arguments of the defendant.

He said that conditions precedent for extradition have been met by the American government with the filing of the charge against Kyari and a formal application that he be brought to America to establish if he is guilty or innocent in his indictment for internet fraud.