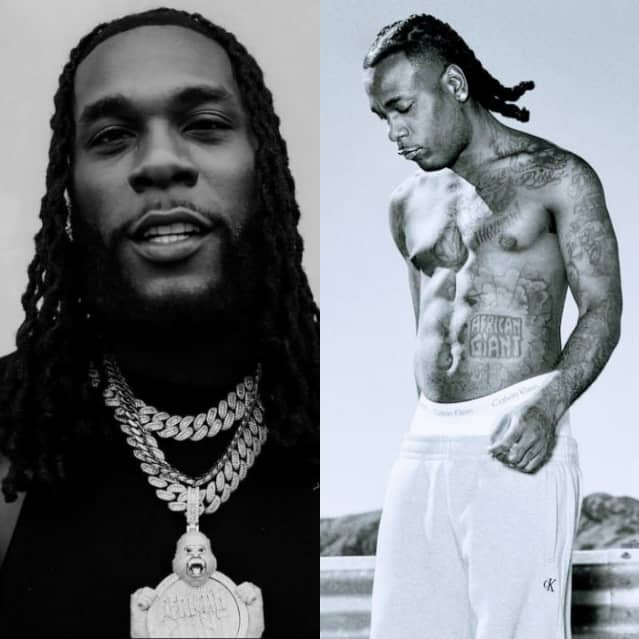 Barely in the history of music has there been any outworldly, artistic talent without the proclivity for self-immolation — the case of Damini Ogulu better known as Burna Boy comes to mind.

A walking cauldron of contrasting ideologies; Burna Boy, in the past few years, has been the poster child for the downtrodden due to his music which chastises the oppression wrought by government, as citizens continue to wallow in penury due to living disparities.

Burna’s knack for striking the chord of the matter makes his subject matter resonates with a lot of Nigerians who continually look up to Messianic figure to lead them to the Promised Land.

Fame and fortune have led to the ubiquity of his music, which in turn, led to a God-complex reinforced by adulting deification by rabid fans (called the Outsiders).

Traipsing through Twitter reveals the lengths to which fans defend his asinine antics, which was the reason for the latest misdemeanor featuring officers of the Nigerian Police Force, who were a part of his security detail.

Recently, Burna Boy and his associates were accused of almost killing some fun-seekers at a nightclub.

However, trouble began around 1 am on Thursday; while gyration was ongoing on the dance floor.

The lady rejecting his advances infuriated the musician, which led to a fracas and his security detail began to shoot indiscriminately at the clubgoers.

The victims are currently in the hospital receiving treatment while officers of the Nigerian police are reportedly investigating the incident.

This unsavoury incident is just another in the string of violent conduct by Burna Boy and it is only pertinent to detail the other incidents.

In March 2021, the Grammy award winner was fingered in a fracas that occurred in a Lagos club, Quilox. According to ace indigenous rap artiste, CDQ, who was involved in the brawl, the bone of contention was that Burna Boy disrespected veteran Nigerian footballer, Obafemi Martins.

CDQ further claimed that he was stabbed by Burna Boy’s camp and left bloodied. However, all parties involved have since made peace.

Burna Boy versus Davido in Ghana

In December 2020, Ghanaians witnessed the ‘clash of the titans’ as two of Nigeria’s biggest music stars, Burna Boy and Davido, had a face-off in a club in the country.

It was gathered that the incident occurred at Twist nightclub in the west-African country where the singers were said to have gone for a concert.

Moreso, the chaos began when boys loyal to Davido attempted to prevent the ‘African Giant’ crooner from entering the same nightclub with the ‘Risky’ singer.

The grouse between the two musicians began in October 2017 when Mr 2Kay reacted to the negative things Burna Boy said about Nigerian pastors. During an interview, Mr 2Kay noted that Burna Boy shouldn’t have spoken ill of pastors because they are anointed men of God.

His comments did not sit well with Burna Boy who allegedly threatened him, saying, “You better have that energy when I come for you because I’m coming for you.”

On, October 22, 2017, 2baba and Tiwa Savage headlined Buckwyld ‘n’ Breathless at Eko Hotel & Suites where Mr 2Kay performed. After his performance, he went to his room at the hotel where he was attacked and robbed. The case was reported to the police by the hotel management. During the investigation, the police arrested four suspects including Burna’s road manager, Joel.

During interrogation, the assailants confessed that they were hired by Burna Boy through his manager.

On November 20, 2017, the police announced that Burna Boy was wanted for questioning over Mr 2Kay’s robbery and assault incident.

The singer later honoured the police invitation. However, it seems the case has been settled.

Only a few artistic geniuses are not plagued by demons — part of their allure is that relatability to the masses which makes a lot of fans (and ordinary folks) excuse their excesses.

Think Tupac Shakur; think Michael Jackson; think DMX — just to name a few of these deceased greats who changed the world with their music and outlook on life.

Nonetheless, Burna Boy needs to internalise the fact that time spent at the pinnacle is fleeting before being overhauled by younger, up-and-coming acts.

This is why he needs to rein in his ego and excesses for his legacy to stay untarnished.