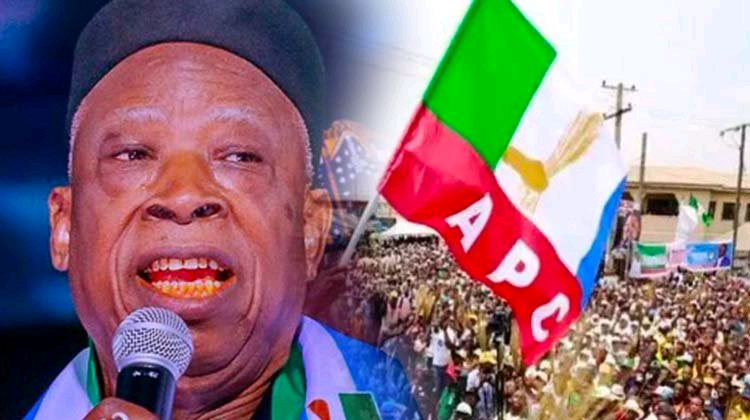 Ruling All Progressives Congress (APC) has thrown its weight behind National Chairman Abdullahi Adamu; following reports about the imposition of the candidacy of Senate President, Ahmad Lawan.

Lawan is one of the frontline aspirants aiming to emerge victorious at the party’s primaries today.

According to Hannatu, the APC National Chairman is an honourable politician who will never act at variance with the principles of the ruling party.

She further stated that the media reports about the imposition of Lawan are untrue. The Chairman and the party did not issue an official statement about that effect.

The Chairman of the party is a very honourable and experienced politician. Whatever the media has reported has not been ratified by the party officially. In no way has the Chairman issued any declaration and unless the party takes a definitive position, we should take it with a grain of salt.

Furthermore, if it was made, we don’t know the context and we urge caution. The party has put up mechanisms in order to reconcile the party after the primaries because every stakeholder is invaluable going into an election with a credible opposition. The APC is gonna come out more united after the primaries.

Read Also: Just In: I Have No Anointed One, There Shall Be No Imposition – Buhari Assures APC Members

What we are going through in our country is an evolution in order to get to a place whereby the system is fair on all Nigerians. The APC is a democratic party which is why we have these primaries in order to give every aspirant a level playing ground.

We screened 23 incredible patriots who wanted to lead the country. The reports on disqualification were not true; every aspirant was cleared. Every aspirant was asked the same questions while they met the requirements. Due to the opposition of Atiku, we gave 13 suggestions regarding that issue.