Academy Awards on Sunday, March 27 returned for the 94th edition as the top films from the last year were honoured by the Academy of Motion Picture Arts and Sciences.

The award ceremony for the first time since 2018 had a host. Actresses Regina Hall, Amy Schumer, and Wanda Sykes hosted the award ceremony held at the Dolby Theatre in Hollywood on Sunday night, March 27.

Among other firsts, it was the first time the show was hosted by multiple personalities since Anne Hathaway and James Franco co-hosted the 83rd edition in 2011.

Deaf family drama, Child Of Deaf Adults better known as “CODA” made history by becoming the first movie from a major streaming service, Apple TV+ to win an Oscar for best picture.

“CODA”, which centers on the only hearing member of a deaf family’s relationship with her parents and brother, has been heralded for its sensitive depiction of the disabled community and its use of deaf actors.

The movie ran the table, converting all three of its nominations into wins, nabbing a best supporting actor prize for Troy Kotsur and a best adapted screenplay honor for Sian Heder, who also directed the movie.

Also, Kotsur made history, becoming just the second deaf actor to win an Oscar. “Children of a Lesser God’s” Marlee Matlin, the only other deaf performer to win an Oscar and the actress who played his wife in “CODA,” looked on from the audience.

“This is dedicated to the deaf community, the CODA community and the disabled community,” Kotsur said. “This is our moment.”

Although streaming services like Apple TV+ and Netflix drew the most nominations, old-fashioned theatrical movies dominated much of the ceremony.

“Dune,” a remake from Warner Bros. and Legendary Entertainment, pushed aside the Netflix western “The Power of the Dog.” “Dune,” an ambitious adaptation of Frank Herbert’s sprawling sci-fi novel, that had a leading six wins. All of its victories came in technical categories such as sound, score and editing.

Also, Will Smith won his first ever Oscars after being previously nominated for best actor in 2007 for “The Pursuit of Happyness” and in 2002 for “Ali.”

He was named best actor for his performance as Richard Williams, the hard-driving father of tennis greats Venus and Serena Williams, in “King Richard.”

Unfortunately, his big night was overshadowed by a bizarre moment after Smith strode onstage from his seat and slapped comedian Chris Rock, who had just cracked a joke about Smith’s wife, Jada Pinkett Smith. 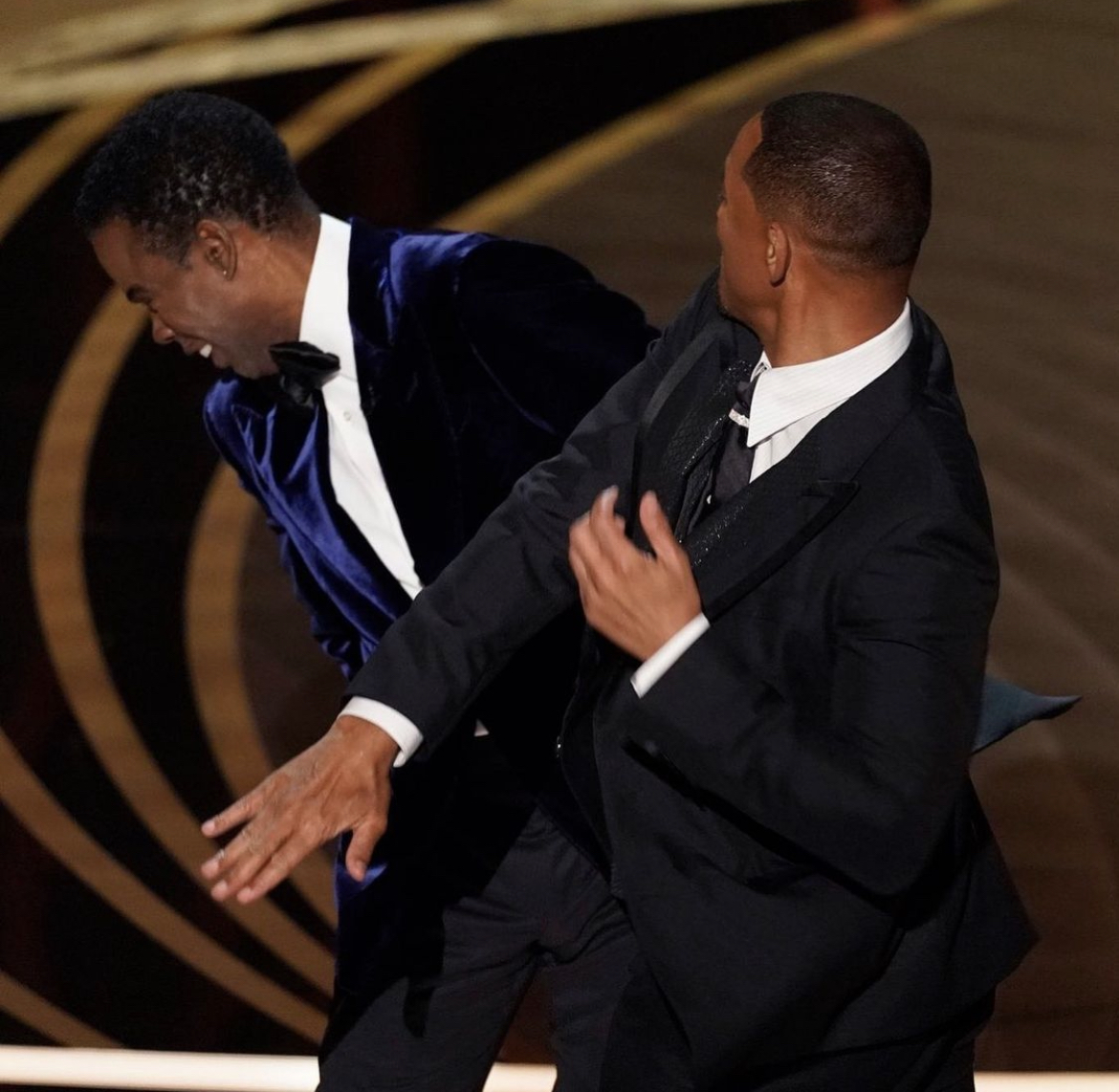 After the altercation, Smith returned to his seat and angrily shouted twice at Rock to “keep my wife’s name out of your f***ing mouth”, using the expletive that was bleeped by ABC.

Rock tried to regain his composure, and a stunned audience, both in the theater and at home, tried to figure out what had happened.

The comedian recovered enough to present the best documentary award to “Summer of Soul.”

After winning his prize, Smith apologized to the Academy of Motion Picture Arts & Sciences, the non-profit behind the Oscars, and his fellow nominees, but also sought to explain his outburst.

Moving on, Jessica Chastain earned best actress for her chameleonic turn as televangelist ‘Tammy Faye Bakker’ in “The Eyes of Tammy Faye.”

Best supporting actress went to Ariana DeBose for playing the passionate Anita in “West Side Story.” DeBose made history, becoming the first queer Afro-Latina actress to win an Oscar. She acknowledged that milestone in her speech, noting that her journey to the podium was an example of a person “..who found her strength in life through art.”

Meanwhile, Netflix had a leading 27 nominations going into the ceremony. It left with one win, for Jane Campion’s direction of “The Power of the Dog.”

She became only the third woman to earn the prize, joining a tiny club that also includes Chloe Zhao (“Nomadland”) and Kathryn Bigelow (“The Hurt Locker”).

Here is the full list of films, cast and crew that have taken home Oscars.

ACTOR IN A LEADING ROLE: Will Smith – King Richard

Javier Bardem – Being The Ricardos

Benedict Cumberbatch – The Power Of The Dog

Denzel Washington – The Tragedy Of Macbeth

ACTRESS IN A LEADING ROLE: Jessica Chastain – The Eyes Of Tammy Faye

Nicole Kidman – Being The Ricardos

JK Simmons – Being The Ricardos

Jesse Plemons – The Power Of The Dog

Kodi Smit-McPhee – The Power Of The Dog

ACTRESS IN A SUPPORTING ROLE: Ariana DeBose – West Side Story

Kirsten Dunst – The Power Of The Dog

DIRECTING: Jane Campion – The Power Of The Dog

The Power Of The Dog – Jonny Greenwood

The Power Of The Dog – Jane Campion

The Worst Person In The World – Eskil Vogt, Joachim Trier

The Power Of The Dog – Ari Wegner

The Tragedy Of Macbeth – Bruno Delbonnel

When We Were Bullies – Jay Rosenblatt

The Power Of The Dog – Peter Sciberras

The Hand Of God (Italy)

Lunana: A Yak In The Classroom (Bhutan)

The Worst Person In The World (Norway)

Down To Joy (Belfast) – Van Morrison

Oscars 2022: Chris Rock Declines To File Police Report Against Will Smith For Slapping Him