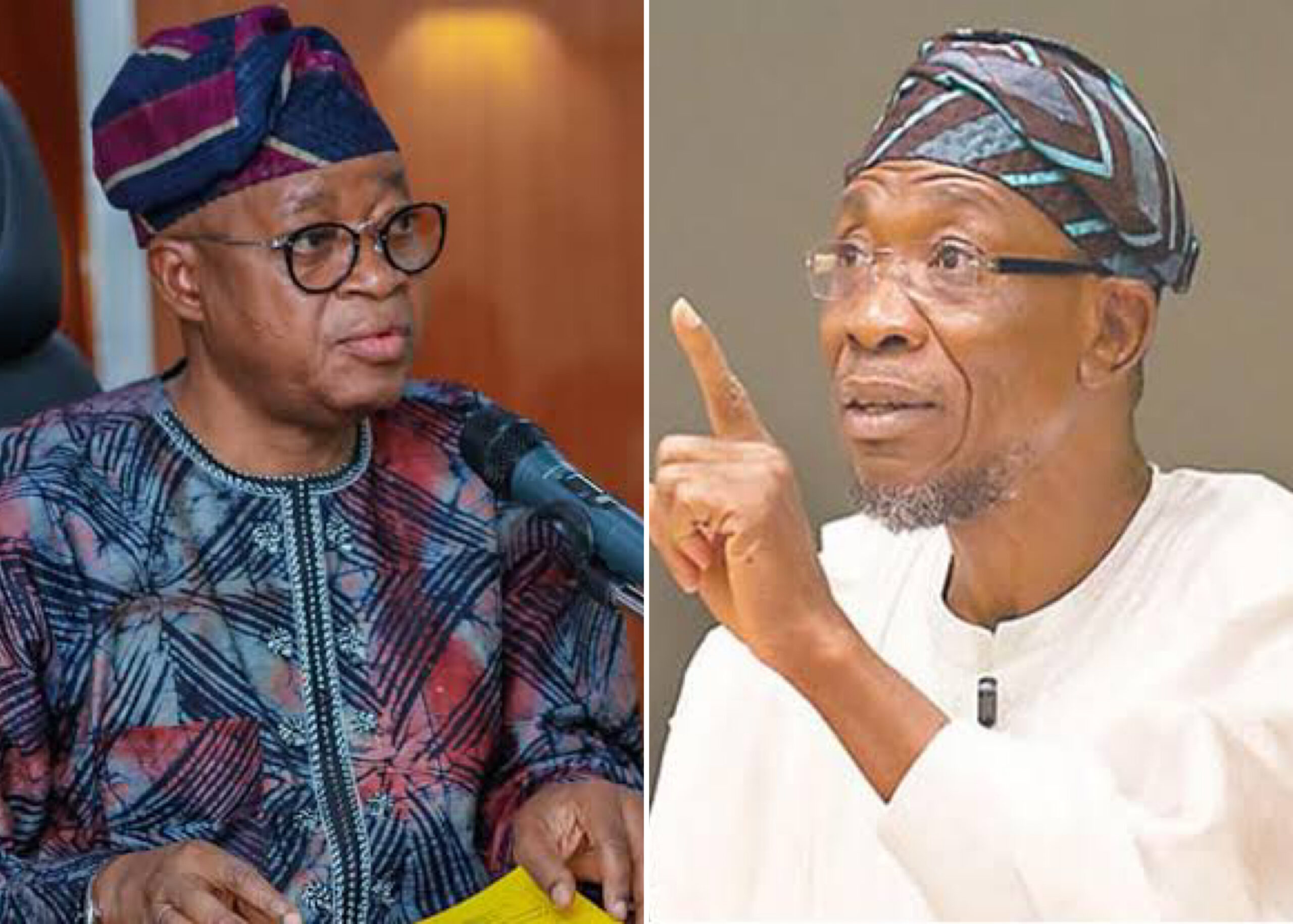 Tension is being witnessed in Osun state ahead of All Progressives Congress’s governorship primary on Saturday (today).

The uneasiness is a result of a fierce battle for the sole ticket of the party between the Governor of Osun State, Gboyega Oyetola and a former Secretary to the State Government, Moshood Adeoti.

Adeoti, a former state chairman of the party, is the candidate of the Minister of Interior, Ogbeni Rauf Aregbesola.

Oyetola was the chief of staff to Aregbesola when the latter served as governor of the state for eight years.

However, the relationship between the governor and the minister has deteriorated to the extent that they now belong to different camps of the party in the state.

Aregbesola has vowed that the incumbent would not be allowed to serve another term.

Also in the race is a former Deputy Speaker of the House of Representatives, Lasun Yusuf.

Tension has been on the rise since the beginning of the week when Aregbesola at the APC stakeholders meeting held at Ijebu-Jesha, declared Adeoti as his aspirant for the governorship position and asked members of the party to support him.

During the meeting, he slammed those he said he once trusted politically, accusing them of betrayal.

The former governor of Osun State from 2010 to 2018 declared that enough is enough for the politics of godfatherism and enthronement by treacherous leaders who equated themselves to the status of a god.

Although for the 21 minutes and 12 seconds that he spoke, Aregbesola did not at any point mention Tinubu’s name, he however made ignoble passes at him in relation to the political situation in Osun State, including how he has abused his leadership and suddenly assumed the god complex.

The 64-year-old minister said he trusted All Progressives Congress National Leader, Bola Tinubu, but the ex-governor of Lagos State repaid him with betrayal.

Aregbesola accused Tinubu; a former APC interim chairman and ex-governor of Osun State, Bisi Akande, of foisting the current governor of the state, Gboyega Oyetola, on the people, against popular will.

Also on the same day, the convoy of the minister was involved in a shooting while passing through Old Garage end of Osogbo.

The incident led to accusations and counter-accusations between Aregbesola’s men and Osun State Government. Also, the issue led to an exchange of words between the police and the NSCDC, as both agencies gave different accounts of what happened during the incident.

While the NSCDC, Osun Command, said operatives of the agencies in the convoy of the minister shot into the air when his convoy came under attack, the police in a statement by the Osun command’s spokesperson, Yemisi Opalola, insisted that security men attached to the minister shot without provocation.

The shooting incident also led to a protest by members of National Association of Osun State Students at the NSCDC command headquarters, as the students accused the operatives of being used as political tools by the former governor.

The camps of Oyetola and Aregbesola have also engaged in a hot exchange of words over the crises in the party.

Speaking in Ikire during the last rally held by Aregbesola’s faction, the former governor accused Oyetola of waging war against him since he was elected governor.

But responding, Special Adviser to the governor on Political Affairs, Sunday Akere, said Aregbesola only expressed personal opinion, insisting that Oyetola did not fight his predecessor.

Opalola warned against acts that could jeopardise peace during the exercise, saying policemen that would be on duty across the state had been duly briefed on the expectations from them.

Similarly, the state command of the NSCDC Corps said its commandant, Emmanuel Ocheja, had given a directive to its men and officers to embark on covert operations.

The direction followed allegations that some people had stockpiled NSCDC uniforms and those of Nigeria Correctional Service with the intent of distributing them to political thugs for use during the congress.