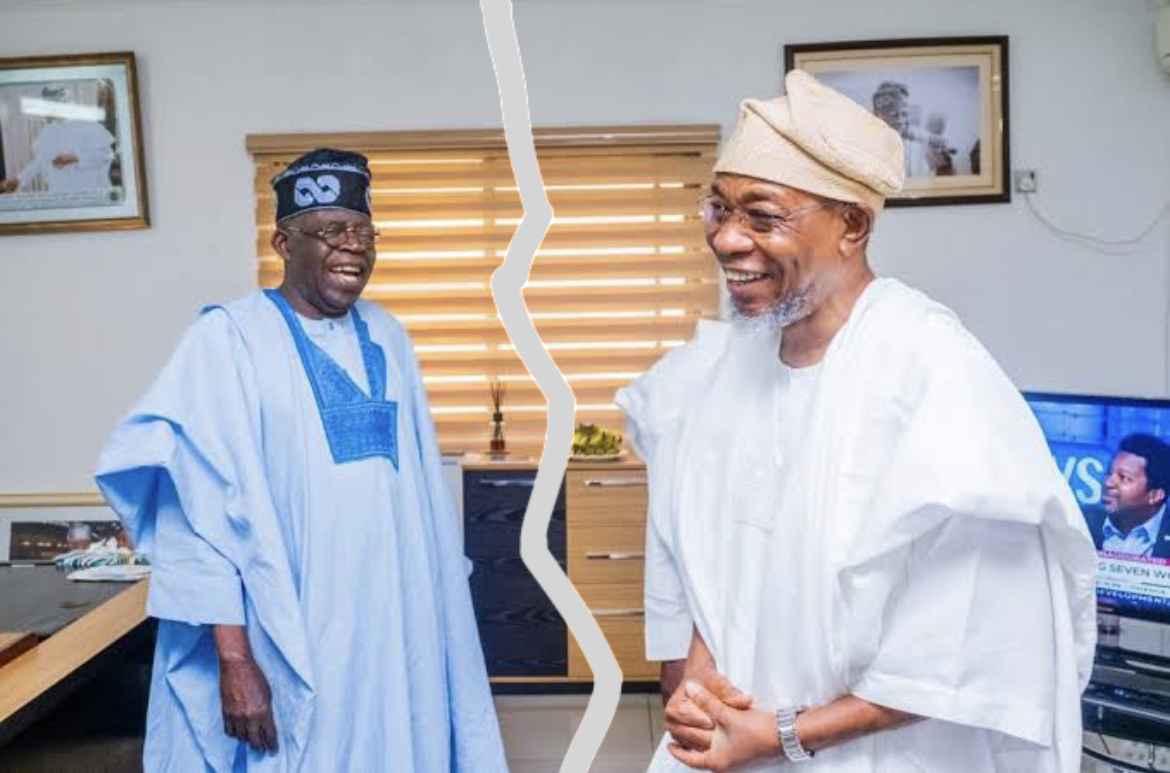 Minister of Interior, Rauf Aregbesola has lambasted those he once trusted politically, accusing them of betrayal.

The former governor of Osun State from 2010 to 2018 declared that enough is enough for the politics of godfatherism and enthronement by treacherous leaders who equated themselves to the status of a god.

Aregbesola spoke in the Ijebu Jesa area of the state on Monday while addressing members of the APC ahead of Saturday’s governorship primary election.

The aspirants warming up for the party primary include the incumbent governor, Oyetola; former Deputy Speaker of House of Representatives, Yusuff Lasun; and former Secretary to the State Government, Adeoti; who recently returned to the ruling APC in June 2020, from the Action Democratic Party.

Although for the 21 minutes and 12 seconds that he spoke, Aregbesola did not at any point mention Tinubu’s name, he however made ignoble passes at him in relation to the political situation in Osun State, including how he has abused his leadership and suddenly assumed the god complex.

The 64-year-old minister said he trusted All Progressives Congress National Leader, Bola Tinubu, but the ex-governor of Lagos State repaid him with betrayal.

Aregbesola accused Tinubu; a former APC interim chairman and ex-governor of Osun State, Bisi Akande, of foisting the current governor of the state, Gboyega Oyetola, on the people, against popular will.

The minister, who leads an APC faction in the state and who had been engaged in a feud with his successor, Oyetola, accused the incumbent governor of not consolidating on his eight-year achievements.

Aregbesola, therefore, called on the party members in Osun to support a former Secretary to the State Government, Moshood Adeoti, in Saturday’s governorship primary.

He also said just as ex-governor of Lagos State, Akinwunmi Ambode, was rejected by APC members in 2019 for working against the laid down rules, Oyetola would be thrown out of office after just a term.

The minister, who declared that the present administration in the state had deviated from the true tenets of the APC, also accused those at the helms of affairs of jettisoning true democracy and the principles which the party and its heroes stand for.

Addressing APC members loyal to his faction, Aregbesola said no man can terrify him, insisting that Oyetola won’t be reelected for a second term in office.

Only God can terrify us, not man. Go and tell them wherever they are, we own this party. We own this Afenifere group. We own this people-loving group started by our patriarchs — (Obafemi) Awolowo and Bola Ige. This is Elder Akande’s group before he temporarily left us. This is our party. Stop calling yourself a factional group; you are not a faction; you are the authentic APC.”

We came back home to reposition our party to where it was meant to be because we followed the leading of our leader that we thought was a noble and reliable fellow. We followed him (Tinubu) dutifully with all sense of loyalty. Some people even thought that we were no longer Muslims because of how we cooperated with him. We dealt with him without treachery but we never knew he planned evil for us. We exalted him beyond his status and he turned himself to a god over us and we had sworn to ridicule anyone who compare himself to God. God has no competitor; He is enough to be God.

We built this party on perseverance as well as sweat and blood. We lost a lot of people in this struggle but eventually, we came into government on November 27, 2010. We were in government for eight years and governed according to the measure of God’s grace, everybody in Osun enjoyed our tenure.

Aregbesola subsequently recounted how Tinubu imposed Oyetola as his successor in Osun in 2018.

When he (Tinubu) will hand over the present governor to me around July of 2018, he (Tinubu) declared that he (Oyetola) will succeed me and continue my good works. That was what he told me. He knows he has not done so if he is listening now and he has failed to call my successor to order.

Aregbesola and Tinubu had been decade-long political associates. He was the Director of Bola Ahmed Tinubu Campaign Organisation who drove the electoral victory of Bola Tinubu in 1999 and also ensured Tinubu’s return to office in 2003. Aregbesola was also Commissioner of Works and Infrastructure while Tinubu was Lagos governor.

Thereafter, he went to his home state of Osun to contest for the governorship election. He was declared a loser to Prince Olagunsoye Oyinlola of the PDP.

Through Tinubu’s help and that of senior lawyers hired to proof the election was rigged, the appeal court nullified Oyinlola’s election on November 26, 2010.

Aregbesola was sworn in a day after and governed Osun in the next eight years.

However, there had been suspicions of a rift between Tinubu and Aregbesola. The minister was not seen visiting Tinubu in London when he was hospitalised for over three months for knee surgery and when over 100 notable politicians visited. Also, Aregbesola has not been seen associating himself with the 2023 presidential ambition of Tinubu.

Aregbesola has been having a running tussle with Oyetola over what he termed poor leadership and over what appeared to be a struggle for the control of the APC organs in Osun State.

Aregbesola’s faction had pursued legal option to seek recognition as the authentic APC group in the state but the High Court of Osun State sitting at Ikire, presided over by Justice Sikiru Oke, recently, struck out a suit instituted by the group, The Osun Progressives – a group within the APC, in the state.

A similar suit by Aregbesola’s group in respect of the Ward Congress/Executives was struck out by the Federal High Court also in February 2022, for lack of jurisdiction.

No Attack Against Tinubu’s Presidential Candidate —…