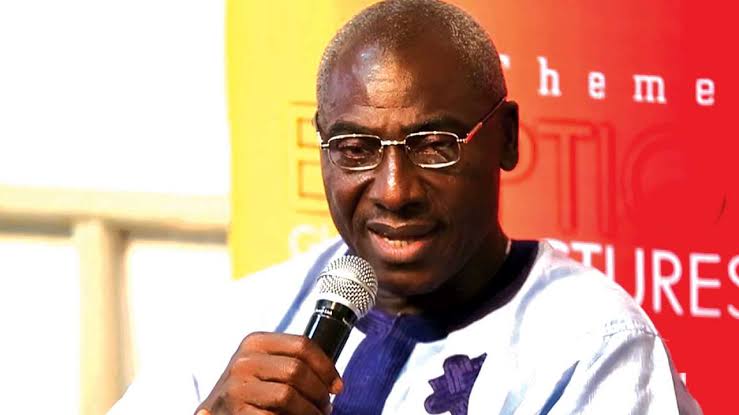 Executive Director of International Press Centre (IPC), Lanre Arogundade, has been released by operatives of Department of State Services (DSS) following his detention at the Murtala Mohammed International Airport, Lagos.

Arogundade was detained shortly after he arrived the country from The Gambia where he led the IPC team to train Gambian journalists on conflict-sensitive journalists.

He had travelled to The Gambia to attend and conduct a training programme on Conflict Reporting for Journalists, organised by the UNESCO (Gambia) and International Press Institute.

His arrest was disclosed in a statement titled, ‘Demand For Unconditional Release Of Lanre Arogundade From Illegal Custody Of State Security Service,’ signed by human rights lawyer, Femi Falana.

We have confirmed that his name is not on Watch List. Hence, he was not prevented from travelling out of Nigeria. We have equally confirmed that he did not commit any offence in The Gambia to warrant his arrest and detention by security agencies in Nigeria.

This is me at the DSS office at International Airport Lagos where I’m being held or detained against my wish. I have just returned from Banjul where I went to train Gambian journalists on Conflict sensitive journalism. Ever since the days of military rule I get molested by DSS and Immigration at the airport. This nonsense has to stop!

Giving an update shortly after, IPC in a post on Twitter confirmed Arogundade’s release, adding that his passport has been returned to him.

The International Press Centre Lagos-Nigeria, confirms that Mr. Arogundade @lanreipc has been released, and his Passport has been returned to him. Thank you all.

Arogundade is one of the vocal voices against the Muhammadu Buhari-led Nigerian government in the recent past, especially on the issues of the electoral bill and the Twitter ban.

His organisation and others had only weeks ago made a call on the National Assembly to prioritise the conclusion of the Electoral Bill during the legislators’ first sitting when it resumed from recess.