Adulterated Fuel: ‘There Will Be A Major Investigation,’ Says Petroleum Minister 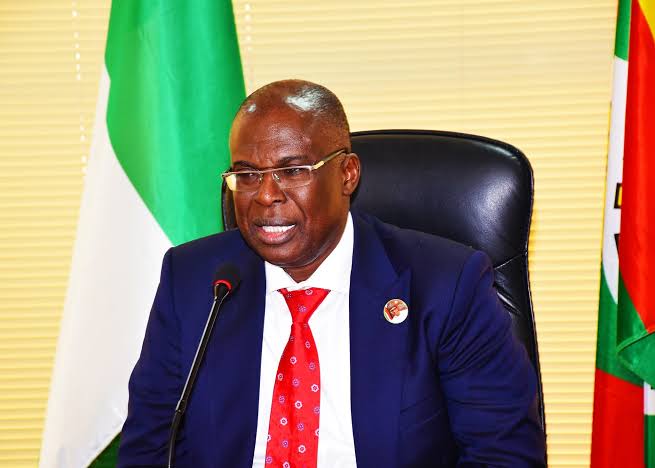 Minister of State for Petroleum, Timipre Sylva, says there will be a major investigation to unravel the cause of the unsafe quantity of methanol in petrol imported into the country.

He disclosed this on Wednesday during a media briefing after Federal Executive Council (FEC) meeting held at the State House.

Although the minister refused to disclose the identities of the companies involved, he said they will be made known after the investigations are concluded.

There will be a major investigation to unravel everything. We need to get to the bottom of it before we can come back to tell you what will happen to the culprits.

When asked if companies found culpable will be blacklisted, Sylva responded that the government is not in a rush to mete out any measures until the actual cause has been decoded.

Speaking concerning Nigerians whose cars were damaged after buying the fuel, the former governor said their situation will be put into consideration.

We know that some people’s vehicles must have been damaged; that is also going to the taken into consideration in dealing with the situation.

His comments come hours after the Federal said it has identified and subsequently dealt with what may have caused panic buying of petrol in some parts of Lagos and Abuja.

Responding to the resurgence of fuel queues in Lagos and Abuja, the CEO of the Nigerian Midstream and Downstream Petroleum Regulatory Agency, Mr. Farouk Ahmed said methanol quantity above Nigeria’s specification was discovered in a supply chain, which has since been isolated.

He explained that, while the quality control agencies of the government have swung into the action, NNPC Limited and oil marketers have been directed to ensure a robust supply of petroleum products.