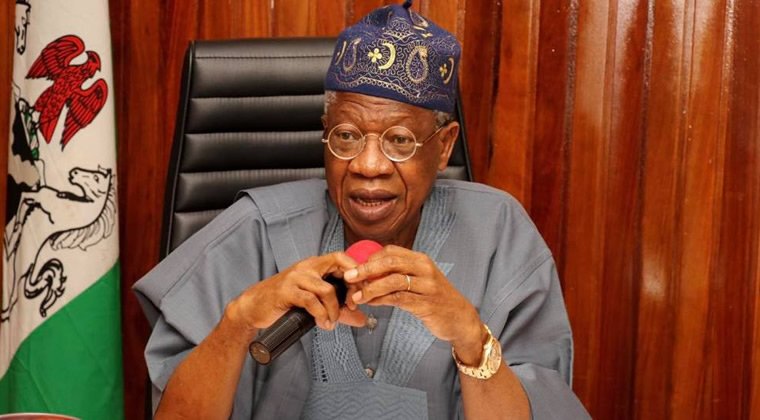 Minister of Information and Culture, Lai Mohammed, has condemned the red listing of Nigeria by the United Kingdom government over the three cases of the omicron variant of COVID-19 in Nigeria.

Speaking at a news conference in Abuja, Mr Mohammed described the decision as unjust and discriminatory.

The minister has, however, called on the UK government to rescind their decision immediately.

Also discussed at the summit is the way forward as regards an upscale of the current responses to the pandemic including ongoing mass vaccination, surveillance and screening at the various points of entry.

Lai Mohammed’s comments are the latest reactions to the red listing which has continued to stir debates in Nigeria and across the world.

Earlier, the Minister of Health, Dr Osagie Ehanire, expressed disappointment over the United Kingdom government’s placement of Nigeria on its red list following the detection of COVID-19 Omicron variant.

“We were not very happy when six countries in Sub-Saharan Africa were placed on a red list and the WHO also advised against putting each other on the red list,” the minister said on Channels Television’s Sunday Politics, less than one day after the UK announced the move.

From what we know about the COVID-19, there are many ways to manage it, and besides, not much is still known about the Omicron variant. We know, for example, that there have been no fatalities.

There have also been no reports of very severe illness. Actually, the rationale for being so hasty in putting countries on the red list is not something that is very helpful.

According to the minister, the move was ill-advised. He further noted that it would have multiple impacts on commerce, and disrupt activities during the Christmas and New Year festivities.