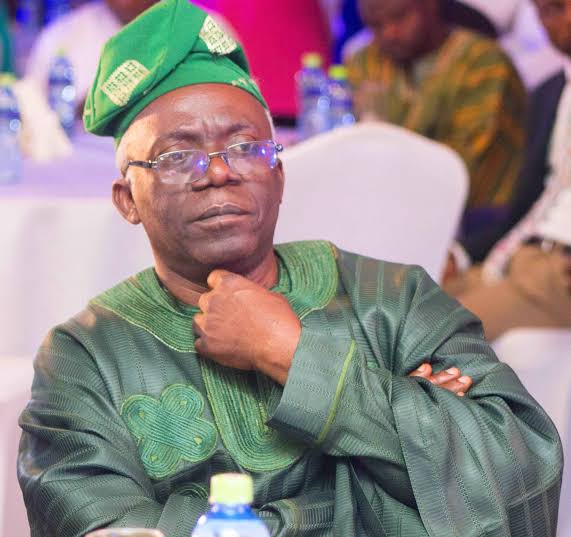 Family of late 12-year-old Dowen College student, Sylvester Oromoni Jnr, has hired the firm of a foremost human rights lawyer and activist, Femi Falana, over the unfortunate death of their son.

Oromoni was allegedly bullied to death by some students of Dowen College for refusing to join cult, but the school said the 12-year-old boy died after sustaining injury while playing football.

Falana wrote to the office of Lagos State’s Chief Coroner, demanding an inquest to be conducted to unravel what led to the boy’s death.

The foremost lawyer in the letter stated that given the needless death of Sylvester Oromoni, his chamber was compelled to request the Chief Coroner to use his office to cause a coroner’s inquest to be conducted into the cause of death of this young and promising boy.

The letter was signed by one of the lawyers in Falana’s chamber, Taiwo Olawale.

He said the family of Oromoni had briefed him of the mysterious demise of their son and suspected that he died because of the injuries he sustained after being maltreated by some senior students.

Falana expressed that the Chief Coroner, after conducting the inquest should make appropriate recommendations pursuant to Section 15 of the Lagos State Coroner’s Law 2007 that stated that an inquest shall hold whenever a coroner was informed that the death of a deceased person within his coroner district was as a result of a death in a violent, unnatural or suspicious situation.

The lawyer prayed the Chief Coroner to conduct an inquest into the circumstance surrounding this tragic death and that he was confident that his lordship would accede to the request with utmost urgency.

Entitled; “Request for Inquest into the Tragic Death of Sylvester Oromoni killed at Dowen College, Lekki, Lagos,” Falana noted that based on the briefings by the family, the late student died as a result of injuries allegedly inflicted on him by his seniors at the school.

The letter reads in part;

Given the needless death of Sylvester Oromoni, we are compelled to request you to use your good offices to cause a coroner’s inquest to be conducted into the cause of death of this young and promising boy and make appropriate recommendations pursuant to Section 15 of the Lagos State Coroner’s Law 2007 that states that an inquest shall hold whenever a coroner is informed that the death of a deceased person within his coroner district is as a result of a death in a violent, unnatural or suspicious situation.

We hereby request your lordship to conduct an inquest into the circumstance surrounding this tragic death and we are confident that your lordship will accede to our request with utmost urgency.

Meanwhile, a parent, identified as Nikky Ufondu on her Instagram account, has taken to her page to narrate what she described as a scary experience of her then 10-year-old son at the school in 2013.

According to Ms Ufondu, the boy had complained bitterly about his experiences in the hands of those he described as bullies, who he accused of robbing his son of his money, provisions and other belongings.

The mother of three disclosed that she removed her son from the college after his first term in JSS1, accusing the school management of being concerned about school fees only and not the children’s wellbeing.

She added that her son’s case was not different from that of several other kids in the school, who she noted had faced similar bullying challenges and that she made the decision for his only son, whom she identified simply as Henry, to leave the college.

And just as the deceased’s father accused the school management of not asking after the late Oromoni junior, Ms Ufondu also said;

After removing Henry, who is my only son, from the Dowen College, the school management never reached out to me, nor find out why I took my son away from the school; only his teacher who knew of the incident contacted me months after we withdrew the young man from the school.

In a report by an online newspaper, TheGuild, Ms Ufondu added that;

I have to tell the story now. Maybe it would serve as a lesson to other parents and save several other innocent children currently in the same situation since we can no longer trust schools’ management.