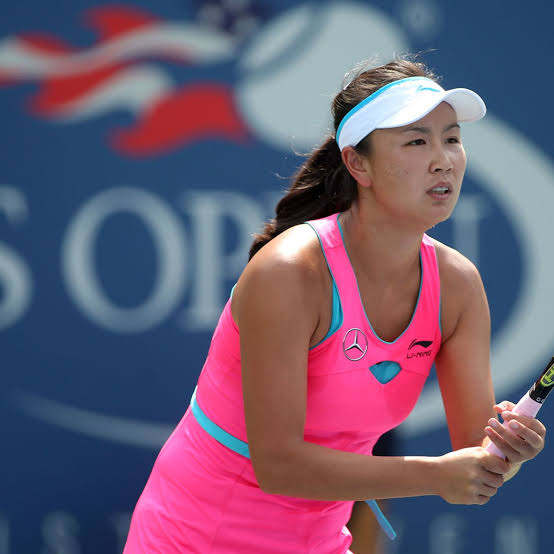 Chinese tennis star, Peng Shuai has denied alleging that a senior Communist Party leader sexually assaulted her and insisted she is living freely.

She said this in her first media interview since her accusations triggered concerns for her safety.

However, the comments did not ease worries at Women’s Tennis Association, which said Monday that it still had “significant concerns about her well-being and ability to communicate without censorship or coercion”.

In a post last month on China’s Twitter-like Weibo platform, Peng had alleged that former vice-premier Zhang Gaoli — who is in his 70s — coerced her into sex during an on-off relationship spanning several years.

“I would like to stress a very important point: I have never said nor written anything accusing anyone of sexually assaulting me,” the 35-year-old said in footage apparently filmed on a phone at a sports event in Shanghai on Sunday.

I would like to emphasise this point very clearly.

The post was quickly scrubbed from the Chinese web, but not before screenshots were posted on Twitter, setting off a global outcry.

The former Wimbledon and French Open doubles champion then disappeared from public appearances for around three weeks.

The incident sparked international concern about her safety, including from the United Nations, the White House and fellow tennis stars.

In the Zaobao video, when asked about the Weibo statement, Peng did not deny the post but described it as a “private matter” that people had “many misunderstandings” about. She did not elaborate.

In the video, a person is heard asking if she is able to move around freely and if she has been under surveillance since making the accusations.

Peng responded that she has “always been very free”.

However, WTA said it was still not convinced of Peng’s wellbeing.

“We remain steadfast in our call for a full, fair and transparent investigation, without censorship, into her allegation of sexual assault,” the organisation said in a statement emailed to AFP.

WTA has suspended all tournaments in China, including Hong Kong, over concerns about Peng.

The latest video follows images of Peng published by Chinese state media, including some of her at a tennis tournament.

They also published a screenshot of an email Peng purportedly wrote to the Women’s Tennis Association saying “everything is fine”. But that did little to ease worries.

WTA chief, Steve Simon said at the time he had “a hard time believing” Peng’s email and questioned whether she was really free to speak openly.

In the latest video, dressed in a red T-shirt and dark down jacket, both with “China” emblazoned on them, Peng told Zaobao that the email was legitimate and written “entirely of my own free will”.

In Peng’s original post in November — removed after about thirty minutes — she purportedly accused Zhang of pressuring her into sex, and wrote that she was “very scared” and “kept crying”.

Peng reportedly claimed they then went on to have a relationship, which continued until Zhang stopped recently.

All discussion of Peng’s claims have been quickly scrubbed from China’s tightly-controlled internet, and the foreign ministry has said the case was being “maliciously” hyped up.