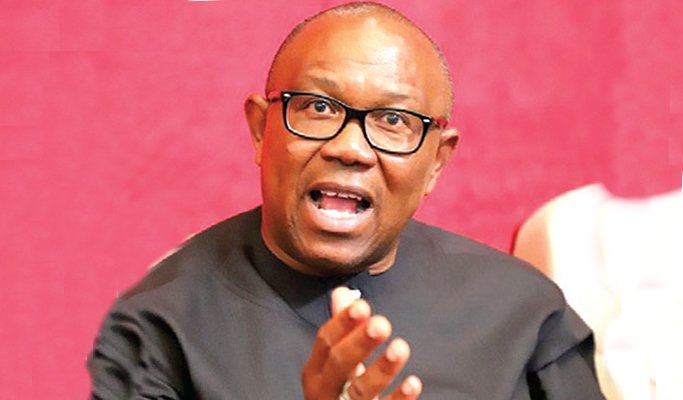 Peter Obi, a former governor of Anambra, says he is yet to receive any invitation from the Economic and Financial Crimes Commission (EFCC).

The development comes amid allegations from a report named ‘Pandora Papers’ by International Consortium of Investigative Journalists which PremiumTimes is a part of.

A collaboration of more than 600 journalists from 150 media outlets in 117 countries produced a series of indicting investigative reports detailing how hundreds of wealthy elites worldwide engage in tax evasion, using tax and secrecy havens to clandestinely acquire properties and assets unknown to the regulatory authorities in their respective countries.

According to Premium Times, Obi secretly set up and operated businesses abroad in tax and secrecy havens; and breached Nigerian laws while he was a serving governor by failing to declare these assets with the Code of Conduct Bureau, Nigeria’s anti-corruption watchdog set up to checkmate the abuse of office by public servants.

The former governor admitted that he did not declare these companies and the funds and properties they hold in his asset declaration filings with the Code of Conduct Bureau.

The report says Obi also stated that he was unaware that the law expected him to declare assets or companies he jointly owns with his family members or anyone else.

Speaking about the viral claim, Obi declared that his offshore trusts were strictly for savings and support borrowings to invest in Nigeria.

The former governor stated that his trust was never used to buy property before and after his time in office, adding that it is “strictly a trust company for savings and family planning, used to support our borrowings which we invested in this country, and these are the facts.”

He added that he does not own half a billion dollars, citing that Nigerians usually find it difficult to understand the value of money.

Following the release of the report, the EFCC reportedly summoned Obi for questioning.

There were also unconfirmed reports that Obi had responded to the EFCC invitation, and asked the anti-graft agency to make the investigation public.

However, in a statement on Monday by Valentine Obienyem, his spokesman, the former governor denied commenting on the invitation by the EFCC.

Obienyem also said Obi is yet to receive the letter from the EFCC.

From what is circulating, the letter appears to have been sent to an office he is no longer part of and is yet to reach him. Obi, being a law-abiding Nigerian, will honour all legitimate invitations from government agencies at all times.