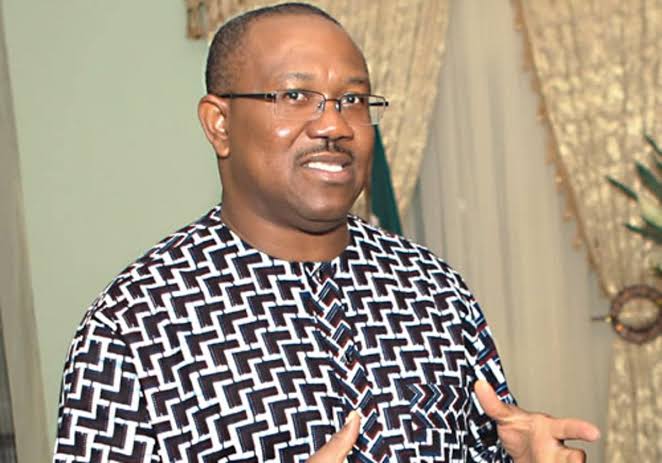 A collaboration of over 600 journalists from 150 media outlets in 117 countries has produced a series of indicting investigative reports detailing how hundreds of wealthy elites worldwide engage in tax evasion, using tax and secret offshore havens to clandestinely acquire properties and assets unknown to the regulatory authorities in their respective countries.

Tax havens are politically and economically stable offshore jurisdictions or countries with extensive laws and systems that provide little or no tax obligations, but enable high secrecy and privacy protection for foreign individuals and businesses.

Fingered in the report is former governor of Anambra State, Peter Obi who is known as an advocate of good governance and transparency.

The ex-Anambra Governor was indicted alongside a former Chief Justice of Nigeria (CJN), an ex-serving governor, lawmakers, business moguls, a pastor, among others.

Obi is known for speaking highly about his excellent governance records and how hugely successful he became in business before delving into politics.

However, beyond encomiums Obi has received over the years, the leaked files have shown that he is not entirely transparent in his affairs as many believe.

The files were retrieved from 14 offshore services firms around the world and were revealed in a Pandora Papers project led by International Consortium of Investigative Journalists (ICIJ), which Nigeria’s Premium Times is a part of.

Pandora Papers is an investigation into a vast amount of previously hidden offshore companies, exposing secret assets, covert deals, and hidden fortunes of the super-rich – among them more than 130 billionaires – and the powerful, including more than 30 world leaders and hundreds of former and serving public officials across the world.

Some of the biggest names listed in the report includes;

King Abdullah II, the King of Jordan, who is said to have acquired 14 luxury homes worth $106 million through the services of an English accountant in Switzerland and lawyers in the British Virgin Islands; Czech Prime Minister, Andrej Babis, who is said to have moved $22 million through offshore companies to secretly acquire a lavish estate on the French Riviera in 2009; the Crown Estate of Queen Elizabeth II said to have acquired a $91 million property in the UK from Azerbaijan’s ruling Aliyev family; Members of Pakistani Prime Minister, Imran Khan’s inner circle, who are said to discreetly own an array of companies and trusts running into millions of dollars; and former British Prime Minister, Tony Blair and his wife, who reportedly saved about $422,000 in taxes by using an offshore company to purchase an almost $9 million office in London’s Marylebone area.

Shakira’s lawyer said her offshore accounts were declared and that they did not provide any tax advantages.

Tendulkar’s attorney said the cricket player’s investment is legitimate and has been declared to tax authorities.

An investigative report by Premium Times has also named a former governor of Anambra State and Vice-Presidential candidate at Nigeria’s 2019 general elections, Mr Peter Obi, as one of the Nigerians listed in the damning ICIJ report.

The investigation reveals that Obi has several secret business dealings and relationships including some he clandestinely set up and operated overseas, including in notorious tax and secret offshore havens in ways that breached Nigerian laws.

However, when PremiumTimes contacted Obi about these assets, he said;

I don’t declare what is owned with others. If my family owns something I won’t declare it. I didn’t declare anything I jointly owed with anyone.

Government officials are expected to declare their assets to the Code of Conduct Bureau, a government agency that deals with the issues of corruption, conflict of interest, and abuse of office by public servants.

In 2010, more than four years after Obi became governor, he reportedly set up his first discreet company in the British Virgin Island, and named the company Gabriella Investments Limited, after his daughter.

To set up what has now become a convoluted business structure, Obi approached Acces International, a secrecy enabler in Monaco, France, to help him incorporate an offshore entity in one of the world’s most notorious tax havens noted for providing conduits for wealthy and privileged corrupt political elites to hide stolen cash to avoid the attention of tax authorities.

Obi was said to have paid Acces International to provide nominee directors for the company. Nominee directors are residents of tax havens paid to sit on boards of companies to hide the identities of real owners of offshore firms.

Acces International officials, who reportedly took briefs from Obi and or his representatives, headed to the British Virgin Island where they contracted a local registered agent – Aleman Cordero Galindo & Lee Trust (BVI) Limited (Alcogal) — to set up Gabriella Investments Limited for the former governor.

On the same day the company was incorporated, the nominee directors met and issued 50,000 shares of Gabriella Investment in favour of Hill International Holding Corporation, a shell International Business Company operating under the laws of Belize, another tax haven.

The director of the company is Mr Van Vuuren, also one of the directors of Gabriella Investment. It is unclear what businesses Mr Obi transacted with the entities but in some communications, they were sometimes referred to as “investment vehicles.”

Obi told the newspaper that the offshore entity is the holding company for most of his assets and that the business structure he adapted was to enable him to avoid excessive taxation.

He was quoted as saying;

I am sure you too will not like to pay inheritance tax if you can avoid it.

Memorandum of Incorporation of Gabriella Investment said it was set up to carry on or undertake any business or activity, including trading of any commodities or goods, to do any act or enter into any transactions.

He has also created a trust known as The Gabriella Settlement, an entity also registered in the BVI. According to Fidelity Investments, a trust is a fiduciary arrangement that allows a third party, or trustee, to hold assets on behalf of a beneficiary or beneficiaries.

Experts believe that trusts are traditionally used for minimising taxes even though they can offer other estate plan benefits as well.

By the current structuring of Obi’s wealth and offshore businesses, The Gabriella Settlement, which appears to hold all or a majority of his assets, is the sole shareholder of PMGG Investments.

According to the publication, Obi continued to be a director of Next International (UK) Limited for 14 months after becoming the governor of Anambra state, thereby breaking Nigeria’s law.

In Nigeria, upon becoming a public officer, Section 6 of the Code of Conduct Bureau and Tribunal act stipulates that such person withdraws from engaging in or directing a private business, except if it is farming.

Public officers are also required by law to declare their assets upon assumption of office, but Obi claimed he could not have made such a declaration on assets he co-owned with others.

Obi did not dispute the records the newspaper cited but claimed he “resigned immediately” by handing his wife his resignation letter.

He suggested that his company might have failed to effect the changes on time or UK Companies House did not immediately document his exit. However, UK companies registry said Obi indeed resigned on May 16, 2008, and that it received his notice of resignation for electronic filing on June 16, 2008.

Also, Nigerian public officers are required to declare “immediately after taking office and thereafter all” their properties, assets, and liabilities and those of his (or her) unmarried children under the age of eighteen years”.

This is contrary to the position of the Constitution, which specifies the declaration of all assets, whether jointly or partly owned. He said he was not aware of that provision of the law.

Nevertheless, leaked records show Obi is the sole ultimate beneficial owner of the offshore companies. So he did not even jointly own it with anyone.

Nigerian constitution and Code of Conduct Bureau and Tribunal Act forbid a public officer from maintaining or operating a bank account outside Nigeria. However, as a governor, Obi continued to operate and maintain foreign accounts.

The offences violate sections of the Fifth Schedule of the Constitution of the Federal Republic of Nigeria 1999, as amended.

When the publication asked if he is concerned that Nigerians would be disappointed at him following our finding of his opaque and lawless dealings as a governor, Obi said he was more concerned about his U.K. and U.S. schools alumni network, his business, and foreign creditors.

He insisted that he served well as Anambra governor and Nigerians already have their opinions about him.

Obi, who was vice-presidential candidate of the Peoples Democratic Party (PDP) during the 2019 election, could be charged for failing to declare the company and its associated assets and perhaps operating foreign accounts while being a public officer.

The offences violate sections of the Fifth Schedule of the Constitution of the Federal Republic of Nigeria 1999, as amended.

In June 2017, the federal government launched the Voluntary Assets and Income Disclosure Scheme (VAIDS), an initiative seeking voluntary disclosure of previously undeclared assets and income to pay all outstanding liabilities.

VAIDS offered a nine-month window and incentives that included immunity from prosecution for tax evasion and undeclared assets, which would have benefited people like Obi.

A key objective of VAIDS was curbing illicit financial flows and tax evasion, which commonly feature the use of offshore holdings to shift taxes from where they are earned to havens where little or no taxes are paid.

The government in 2017 said defaulting individuals and corporate bodies who failed to take advantage of VAIDS would be subject to criminal prosecution.

A number of Nigerian public officials with previously undeclared assets tucked away overseas participated in VAIDS and got clearance certificates. Obi shunned the scheme and continued with his opaque business dealings in breach of the law.

Via PremiumTimes, DailyMail and ICIJ.

Pandora Papers: ‘I’m Not Guilty’, Says Peter Obi As He…